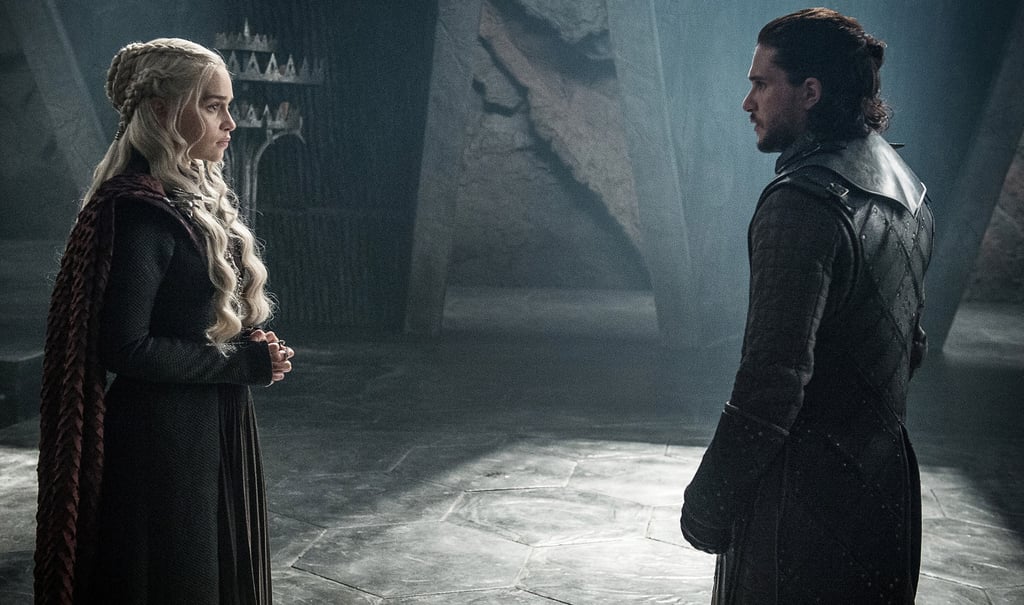 Yet again, Jon Snow brings a woman into a cave on Game of Thrones and sparks fly. During Sunday night's episode, Jon Snow leads Daenerys Targaryen into a Dragonstone cave to show her the writing on the wall — both literally and figuratively. They stand physically close to each other, their eyes locked, and fans could NOT handle the tension. People were quick to react to the chemistry on social media, some excited by the idea of the characters getting together while others pointed out that it's a bit uncomfortable considering, you know, how they're related and all that. Check out some of the most hilarious reactions to Jon and Daenerys's cave scene, then see Kit Harington and Emilia Clarke's cutest moments together in real life.