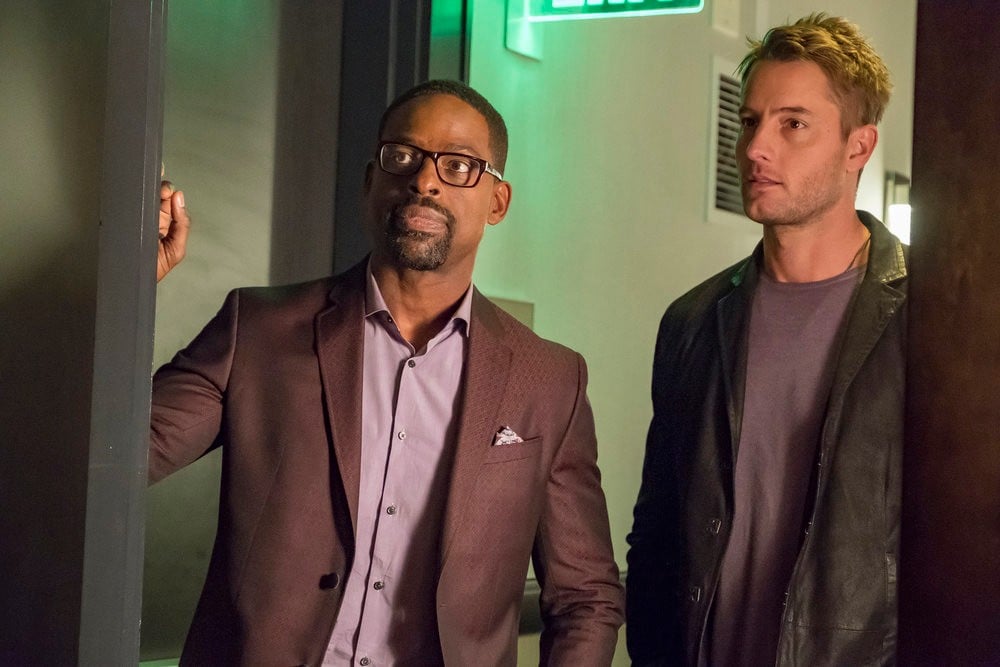 Fans Have 1 Question After Those Flash-Forwards on This Is Us: What Is Happening?!

This Is Us wrapped up season two with a crazy finale, and people are still in their feelings about it. After a few ups and downs, Kate and Toby finally tie the knot, saying "I do" in front of their family and friends. Not only do they become Mr. and Mrs. Damon, but we're also introduced to a handful of new characters in the process, including Beth's extremely cool cousin, Zoe.

Of course, nothing could prepare us for the final few minutes of the episode. In true This Is Us fashion, the show left the best for last by hitting fans with not one but THREE major curveballs. As Randall makes a touching speech about not worrying about what the future holds, we get a glimpse of future Kate, Kevin, and Randall during a flash-forward. While the shocking twists left most people gasping for air, fan reactions on social media will have you spitting out your drink. See their all-too-relatable tweets ahead.

Related:
The Beautiful Song That Made You Shed a Tear During the This Is Us Season 2 Finale
Previous Next Start Slideshow
This Is UsTV

STARZ
"P-Valley"'s Katori Hall on the Spectacle of Season 2: "Everybody Can Clock That the Show Is Good"
by Njera Perkins 8 hours ago

Pretty Little Liars
Did You Catch That "PLL" Character Cameo in "PLL: Original Sin"? How It Fits into "PLL"'s Timeline
by Grace Orriss 13 hours ago