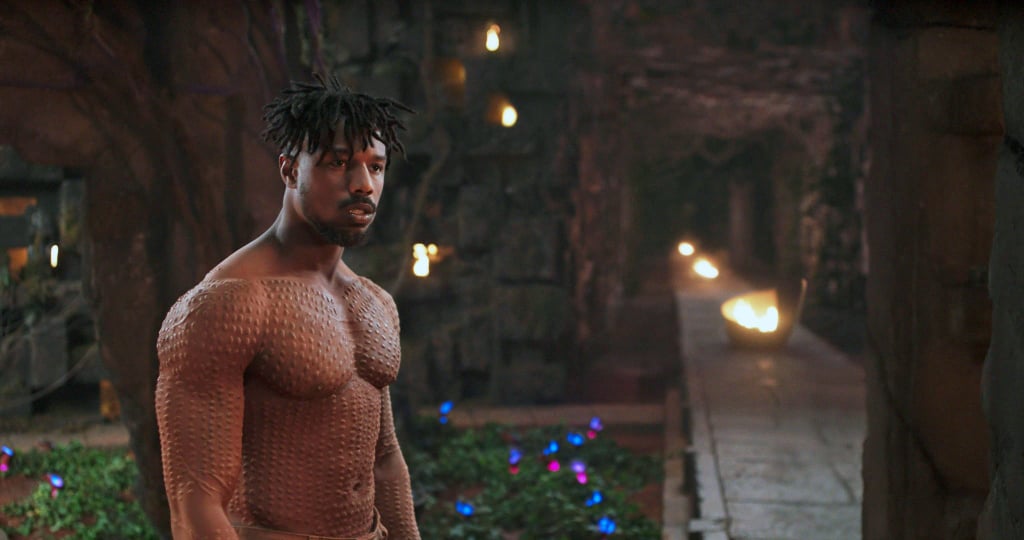 Fans Are Ready to Call the Fire Department After Seeing Michael B. Jordan in Black Panther

"Excuse me, 911? I've just walked out of Black Panther and I need assistance after prolonged exposure to Michael B. Jordan." As Black Panther's troubled-yet-relatable antagonist, Erik Killmonger, Jordan showcases a whole new side of his talent that we haven't seen before — Killmonger is a multi-faceted villain whose bitterness is matched in equal part by his passion for change. Aside from his obvious passion and skill in portraying one of Black Panther's best characters, though, there's an inescapable truth about Michael B. Jordan's role in the movie: he is downright hot, and fans of the film aren't shy in talking about it.

Between processing the important truths behind the film and adding its cast of characters to mental lists of badass role models, Marvel movie fans are also taking note of how distractingly attractive Michael B. Jordan is during the film . . . and their tweets about it are nothing short of hilarious. Check out some of the funniest (and, let's be real, thirstiest) reactions to his appearance in Black Panther, then follow along with the rest of our coverage about the movie.