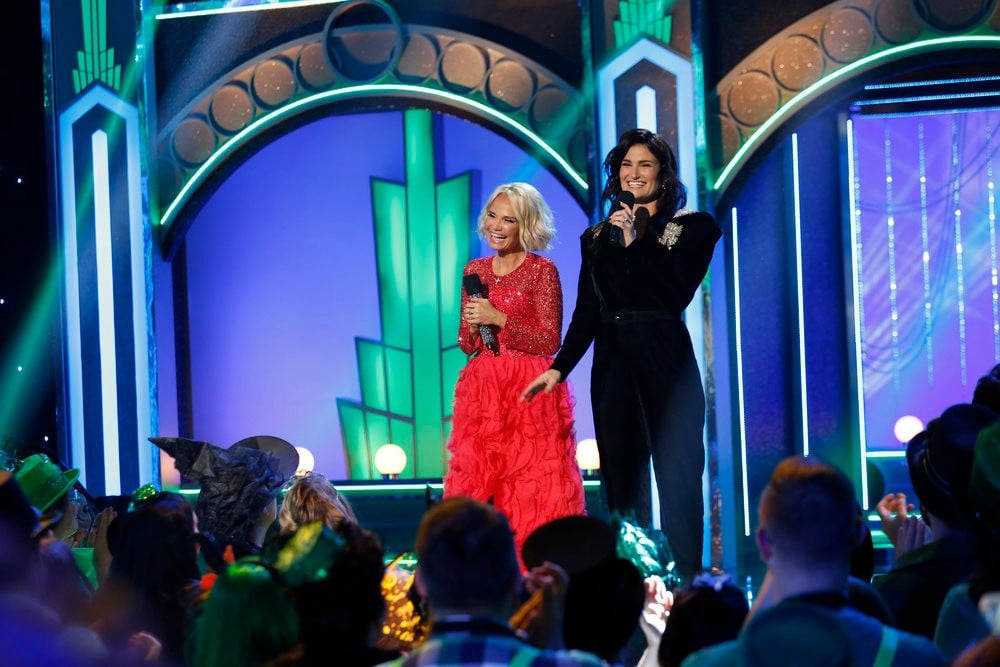 It's been 15 years since Wicked first premiered on Broadway, and fans are still as dedicated as ever. On Monday night, NBC celebrated the musical's big milestone with a Halloween special, and it was nothing short of magical. With star-studded performances like Idina Menzel and Kristin Chenoweth's emotional rendition of "For Good" with their fellow Elphabas and Glindas, it didn't take long for Wicked-lovers to lose their "shiz" on social media. Can you blame them? The whole thing made us feel like we were back in Oz. As you replay the musical's soundtrack for the umpteenth time today, get ready to cackle over these hilarious reactions ahead.

Related:
The Photos From the Wicked Special Are Here, and They're, Well, Pretty Wicked
Previous Next Start Slideshow
HalloweenMusicTVWickedTwitter ReactionsMusical