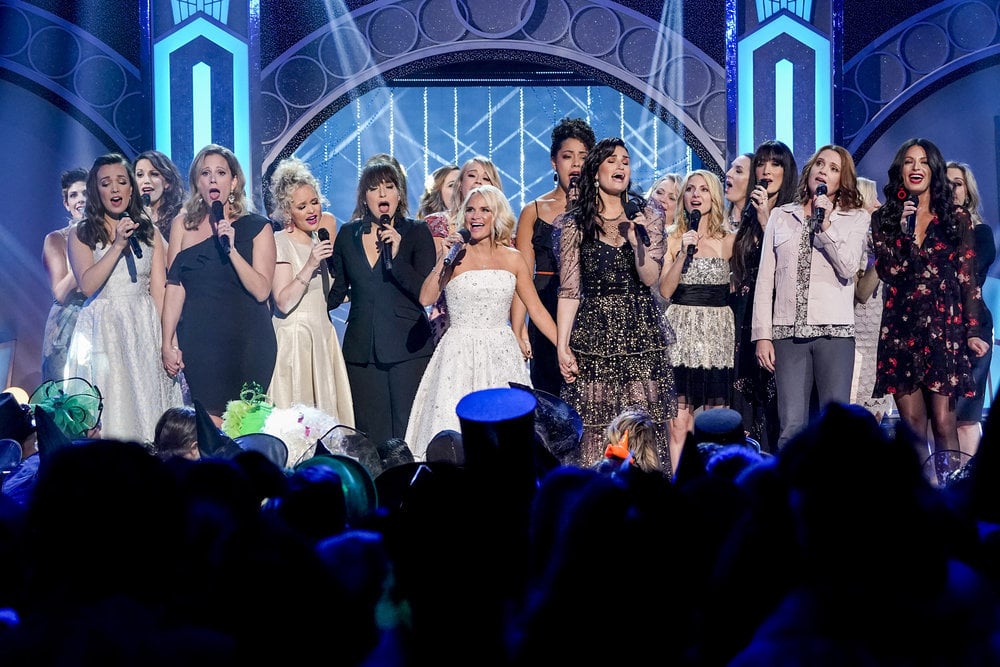 NBC celebrated Wicked's 15th anniversary with a Halloween special on Monday night, and it was nothing short of emotional. Not only did the special include some star-studded performances — including Ariana Grande's rendition of "The Wizard and I" — but it also featured a few very special Wicked reunions. After Idina Menzel and Kristin Chenoweth finished cohosting the special, they ended the night on a high note by bringing out their fellow Elphabas and Glindas to sing the musical's final number, "For Good." As the ladies held hands on stage and sang about sisterhood and friendship, it was hard not to shed a few tears . . . OK, a lot of tears! Even Chenoweth got a little choked up during the performance. See the endearing moment ahead.

Music
Jhay Cortez Is Done Pleasing Everybody as He Prepares to Release His Most Authentic Album Yet
by Maria G. Valdez 8 hours ago

ABC
Lend Me Your Ears: Lee Daniels and Fred Savage to Reboot The Wonder Years With a Black Family
by Brea Cubit 9 hours ago