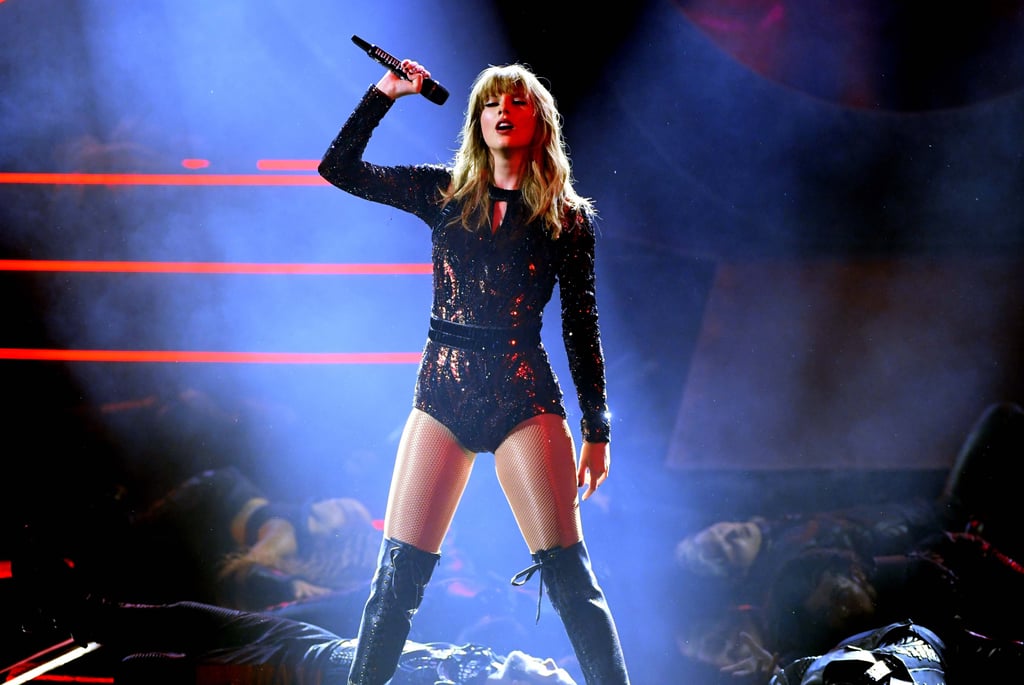 Taylor Swift did NOT come to play at the American Music Awards. The 28-year-old singer opened the show with a fierce performance of her hit song "I Did Something Bad" and lit the stage on fire in the process (no, literally — there were actual flames involved). Needless to say, viewers all but lost their sh*t during Taylor's electric performance, and understandably so. It was her first time singing at an award show in nearly three years, after all. Ahead, see all the on-point reactions to Taylor's frenzy-inducing performance, and then check out all the glamorous details about her disco-ball-like red carpet dress.