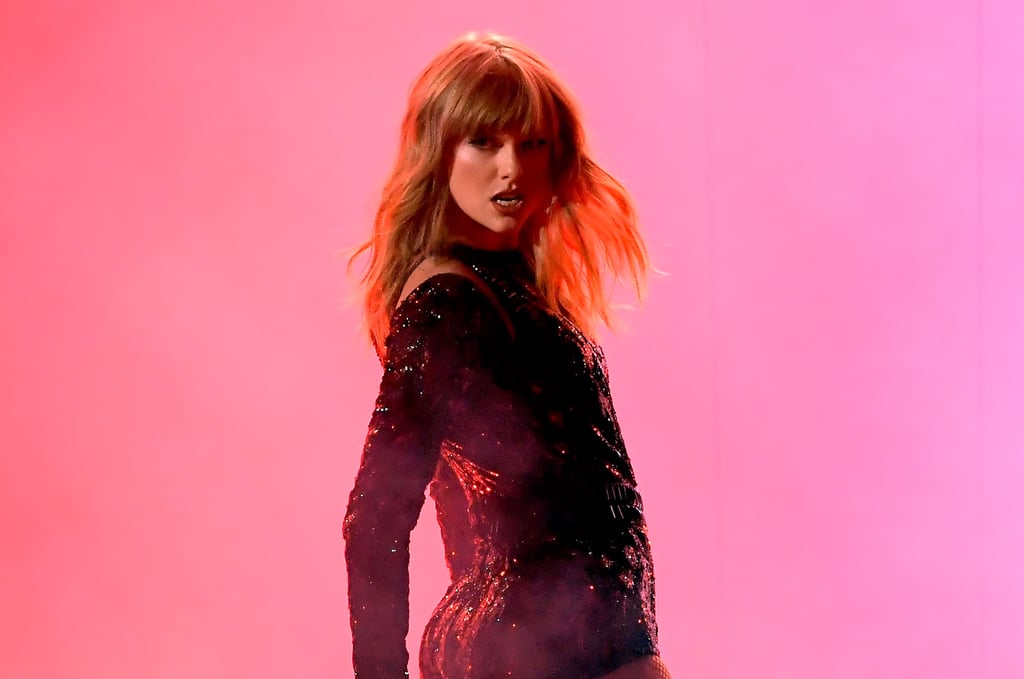 Taylor Swift returned to the American Music Awards stage on Tuesday night, and it "felt so good." The singer opened the award show with a fiery performance of her song "I Did Something Bad" and sent fans over the edge in the process. Can you blame them, though? One of her last award show performances was almost three years ago at the Grammys, where she seemingly called out Kanye West during her acceptance speech for album of the year. Seems pretty fitting that her follow-up award show performance was a song that is rumored to be about her famous feuds.

The singer recently sent fans into a frenzy for another reason. Over the weekend, Swift broke her political silence on Instagram as she opened up about who she plans to vote for in the upcoming midterm elections. See more of her incredible performance ahead.