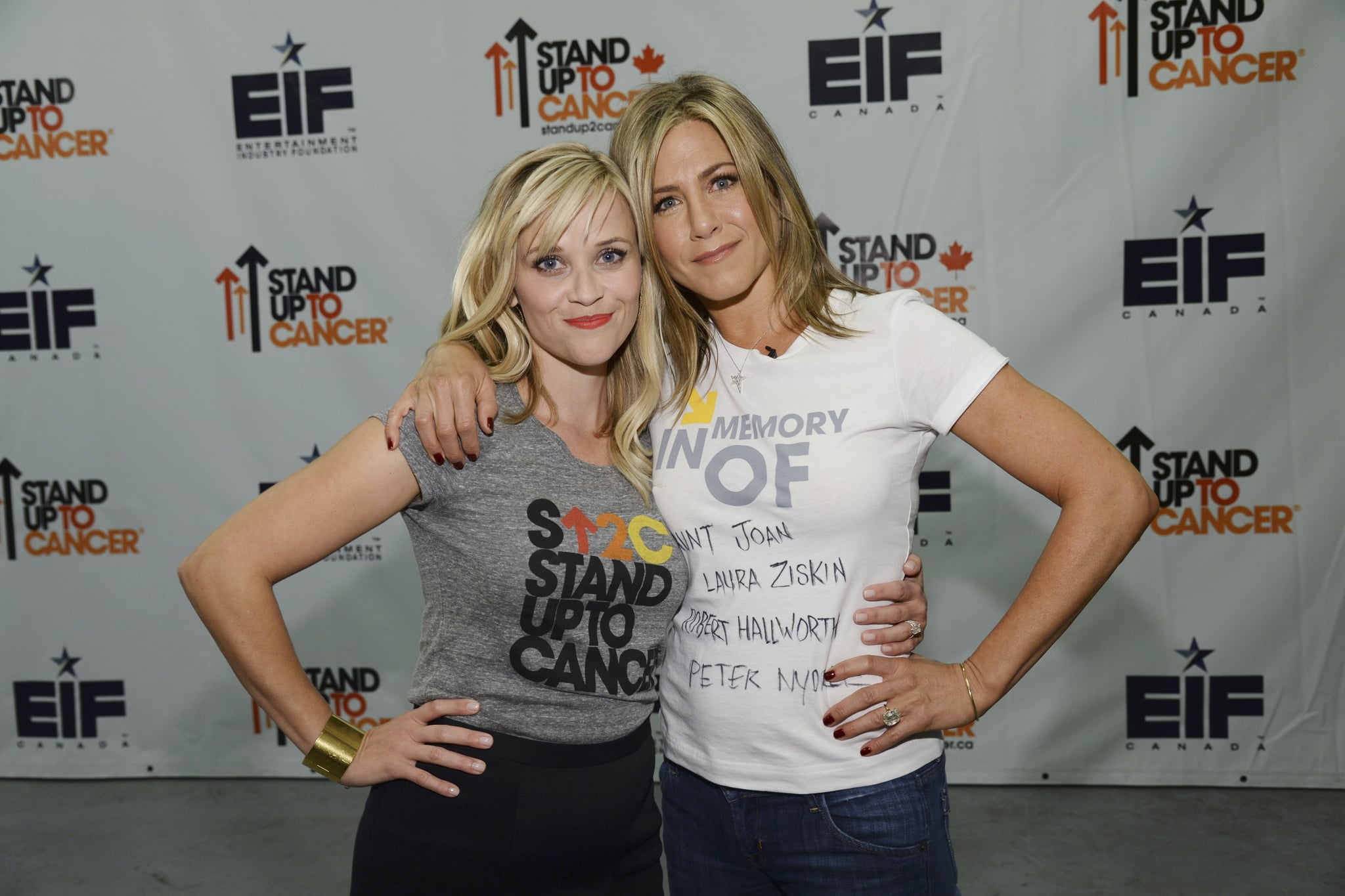 We must have done something good in a past life, because Reese Witherspoon and Jennifer Aniston are starring in a TV show together. After a "multiple-outlet bidding war," the series has officially found a home at Apple. And that's not even the best part! The untitled drama, which will reportedly "focus on a New York morning show," has also been picked up for two seasons, with 20 episodes overall.

After "creative differences" with House of Cards producer Jay Carson, Bates Motel's Kerry Ehrin will take over as showrunner, with Witherspoon, Aniston, and Steve Kloves serving as executive producers. Brian Stelter's book, Top of the Morning: Inside the Cutthroat World of Morning TV, will also play a small role in the writing. The series will mark the first time Aniston and Witherspoon — who are close friends IRL — have worked together since the Legally Blonde actress guest-starred on Friends as Rachel Green's sister Jill.

Witherspoon has already made her triumphant return to the small screen with her work in Big Little Lies, which earned her an Emmy nomination for outstanding lead actress. Aniston hasn't been on TV since the end of Friends in 2004, but she told Variety that she's "thought about it a lot. That's where the work is. That's where the quality is. At this point in my career, I want to be part of wonderful stories, exciting characters, and also just having a good time."