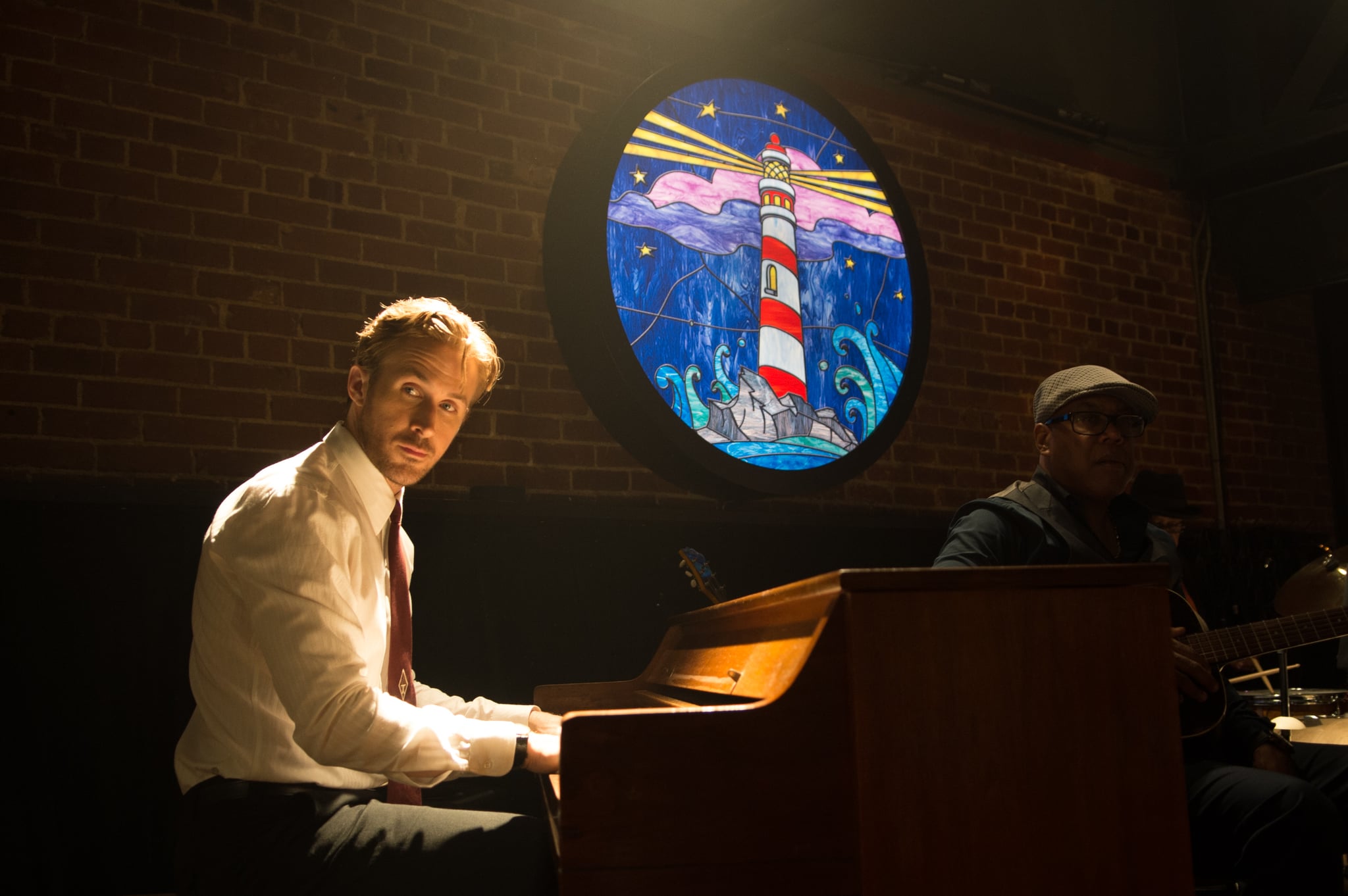 La La Land is the most enchanting movie of 2016, but besides the singing and dancing, one particular element will dazzle you: Ryan Gosling's piano skills. He plays a struggling jazz purist in the film, and there are some musical scenes that may cause you to wonder if it's really Gosling playing or a body double. Shocking as it may be, it's definitely Gosling playing the whole time!

"In fact, there's not a single close-up shot of [the character] Sebastian's hands in the entire movie that's a piano double," director Damien Chazelle said at a press event for the movie. "It's all Ryan." Even John Legend, who has a smaller part in the film, was impressed: "I was jealous, man," he said. "Watching him play, I was like, 'Wow, this guy is really good and he just learned this in the last few months.' It's pretty amazing."

According to Gosling, it took him three months of lessons to learn to play jazz piano: "The director wanted to shoot all those sequences in one take so there was no opportunity to squeeze in, or sneak in, a proper piano player." How is one person this talented?

by Pallavi Bhadu 59 minutes ago