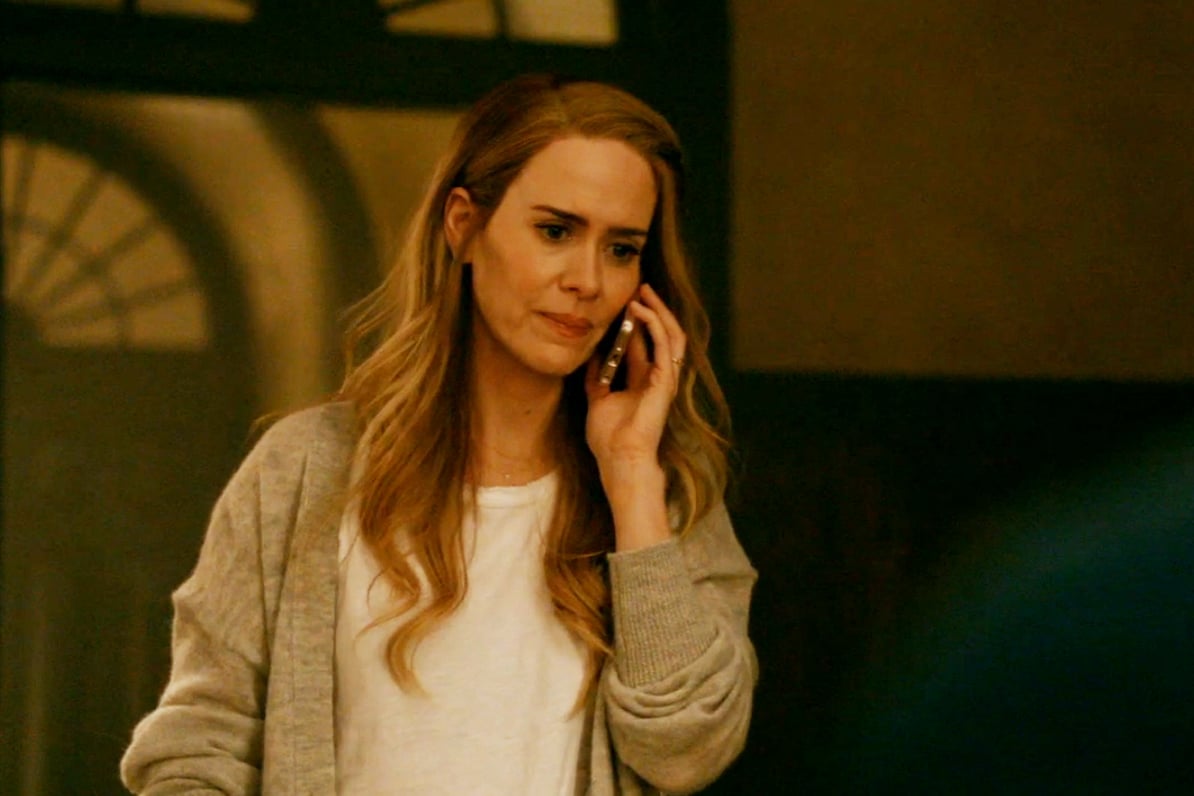 After a second episode of American Horror Story: Roanoke, we're more convinced than ever that there's more than meets the eye when it comes to this season. While the stars divulged almost next to nothing about the season before the premiere, they've finally started to talk about what's to come. In particular, Sarah Paulson spoke to Variety and teased some very interesting details.

"Something's happening that people are going to go nuts for," she said. "They're going to go nutty bobo nut town . . . I haven't (filmed) it yet. It hasn't been shot yet, but it's something that will be part of this season."

I'm not familiar with "nutty bobo nut town," so I'm not sure what happens there, but I'm hoping it has to do with mixing up the show's format, which so far has been very different than any other season. As of episode two, it seems pretty cut and dried that both the character she's playing and Cuba Gooding Jr. make it out alive (their "real" alter egos are narrating the story), but we're wagering that creator Ryan Murphy has something mind-bending up his sleeve, and this quote just gets us closer to confirmation.