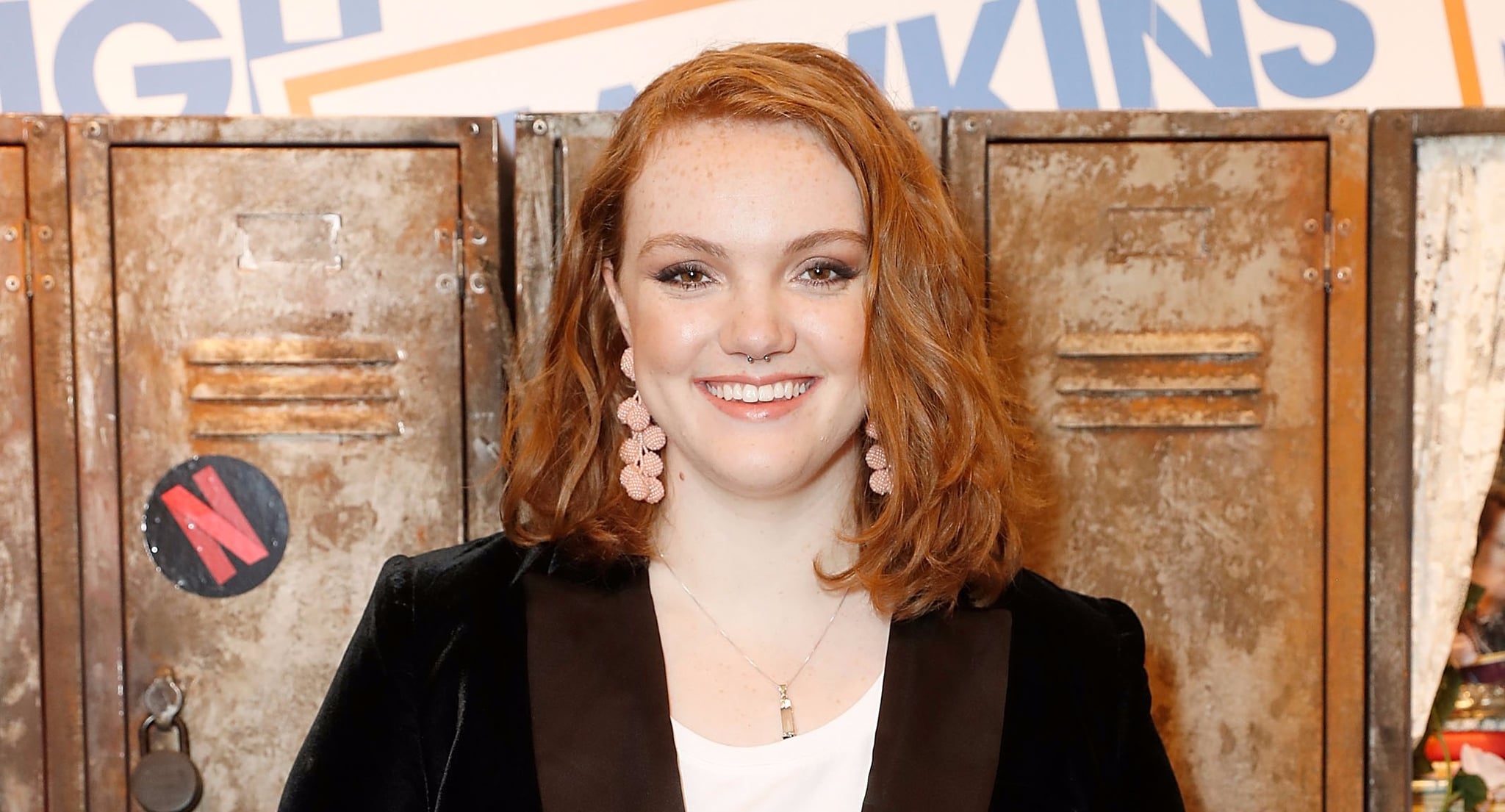 It was July 2016 when Matt and Ross Duffer introduced us to Barbara Holland via the cult show Stranger Things. Barbara, or "Barb" as she's so lovingly remembered, played by Shannon Purser, served up a relatable yet rarely represented teen who took a place in our hearts immediately. Our grief for the loss of Barb's protective personality, mom jeans, and, as Shannon puts it, "iconic glasses" even made way for the hashtag #JusticeForBarb and a Topshop t-shirt reading "Never Forget."

Ahead of the release of Stranger Things season two, Shannon hosted a special Netflix event at Topshop's flagship store in London, giving fans the chance to watch new episodes in a Hawkins-themed screening room. We sat down with Shannon to discuss the show's cult status, her binge-racing behavior, and Barb's undeniable magic.

POPSUGAR: When did you realize that Stranger Things was going to be such a megahit?

Shannon Purser: It had to be a week or so after the show went out. I remember beforehand being concerned about it because they did practically no advertising for the show so I was thinking, "Nobody is going to know to watch this show, nobody is going to see it." Then it dropped and people started tweeting and posting and it became this phenomenon.

PS: Barb aside, is there a Stranger Things character that resonates with you most?

SP: I feel very similar to Jonathan in a lot of ways. I'm a protective, sensitive person, and I think if something happened to my little sister, I would be devastated and feel very responsible. So that made my heart hurt a little bit to see him feeling that bummed.

Related:
When Is Stranger Things Set, and How Far Forward Will Season 2 Go?

PS: What other Netflix shows do you find yourself binge-racing — Riverdale, perhaps?

SP: Riverdale for sure, I'm very familiar with that one, obviously! [Shannon plays Ethel Muggs in the show.] One of my close friends just told me, "I just started Riverdale and it's changed my life," so it's really fun to watch your friends experience something that you've been working on for forever.

Right now I'm very into the show Mindhunter, and I've always been fascinated by true crime and criminal psychology. 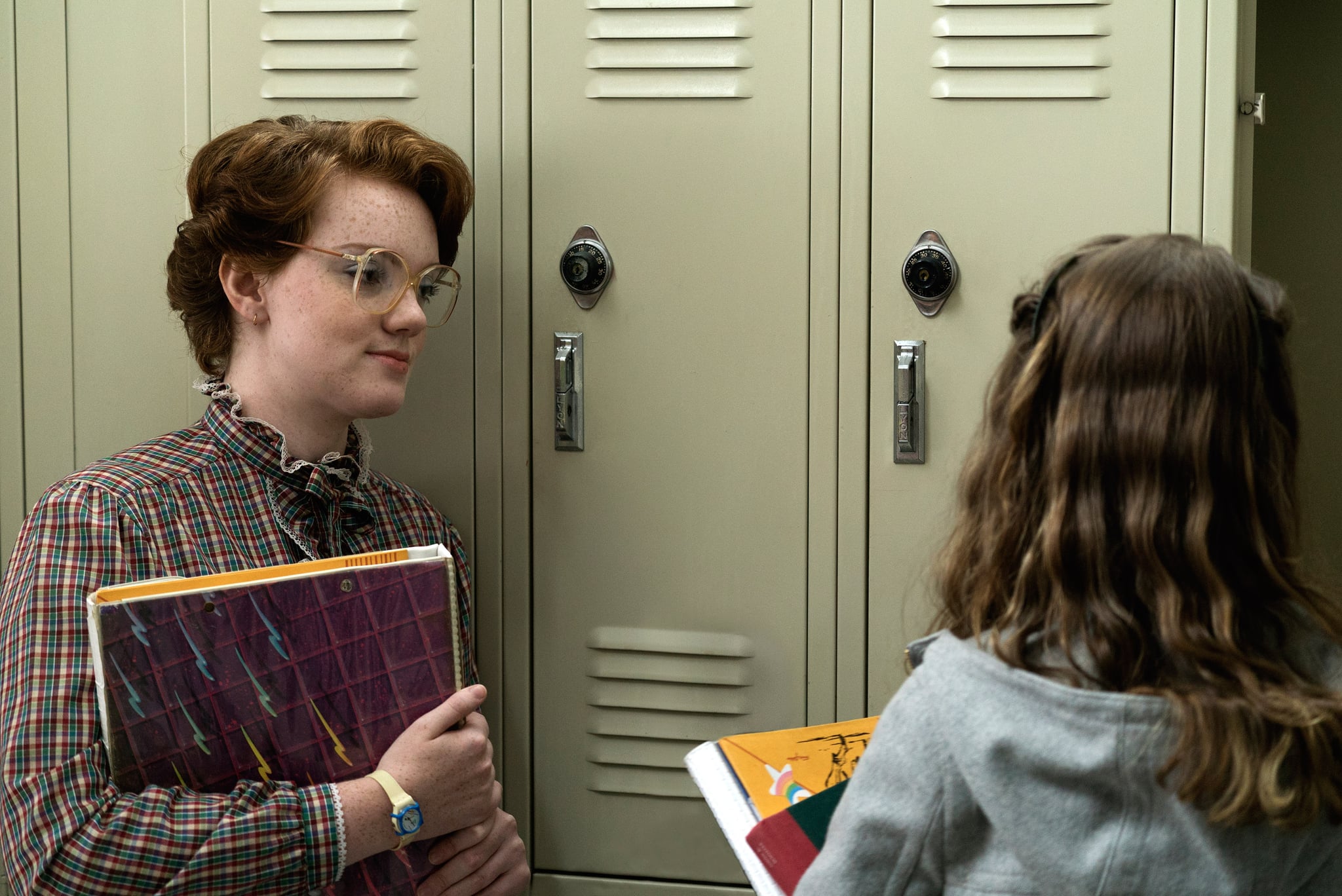 PS: How does working on Riverdale differ from working on Stranger Things?

SP: Riverdale was the first time I was surrounded by such a large cast of people my age, so it's cool to be amongst your peers. Whereas I feel like with Stranger Things, even though I had a couple castmates my age, it was like being around the kids. But that was a wonderful thing, having them around. They brought an air of excitement and positivity to the set, and if these 14-, 15-year-old kids can work all night and blow everybody's socks off, everybody can learn to look on the bright side and stop complaining.

Related:
The Easy, DIY Riverdale Costumes You'll Want to Rock With Your BFFs

PS: Are there any other Netflix shows you'd like to feature in?

SP: Yeah, I'd love to be on Mindhunter. I'd love to pop in on Orange Is the New Black or The OA too. I love that show, I think it's beautiful and spiritual.

PS: I really want to learn the famous OA routine.

SP: I actually looked it up. There's a guy who teaches it on YouTube, I learned like two of the movements. I need to go back and learn it all.

PS: If you could pinch a prop from the Stranger Things set, what would it be?

SP: Definitely Barb's glasses; they're very iconic. I remember when I was trying on all her wardrobe, we thought, "Let's try some glasses, see if that works." Putting those on, we knew that was her, that was Barb.

PS: Do you ever worry about being typecast as a Barb-like character?

SP: It's definitely a concern, but I'm not terribly worried about it because for me, it would be inauthentic to just want to just leave her behind and do the quickest thing I can find to differentiate myself from her. I'd rather look for material that moves me and speaks to me, so if it's a character that is similar to Barb, that's OK. Though, I am very excited to show the world that I can do more than just that.

SP: One of my favorite movies of all time is The Craft. I love witchy stuff, so I'm going as Nancy, Fairuza Balk's character. I'm very excited — I've got my spiked choker and my black eyeliner, and it's gonna be great.

Netflix
Will There Be an "Extraordinary Attorney Woo" Season 2? Here's the Deal
by Pallavi Bhadu 2 hours ago

by Sara Youngblood Gregory 2 minutes ago