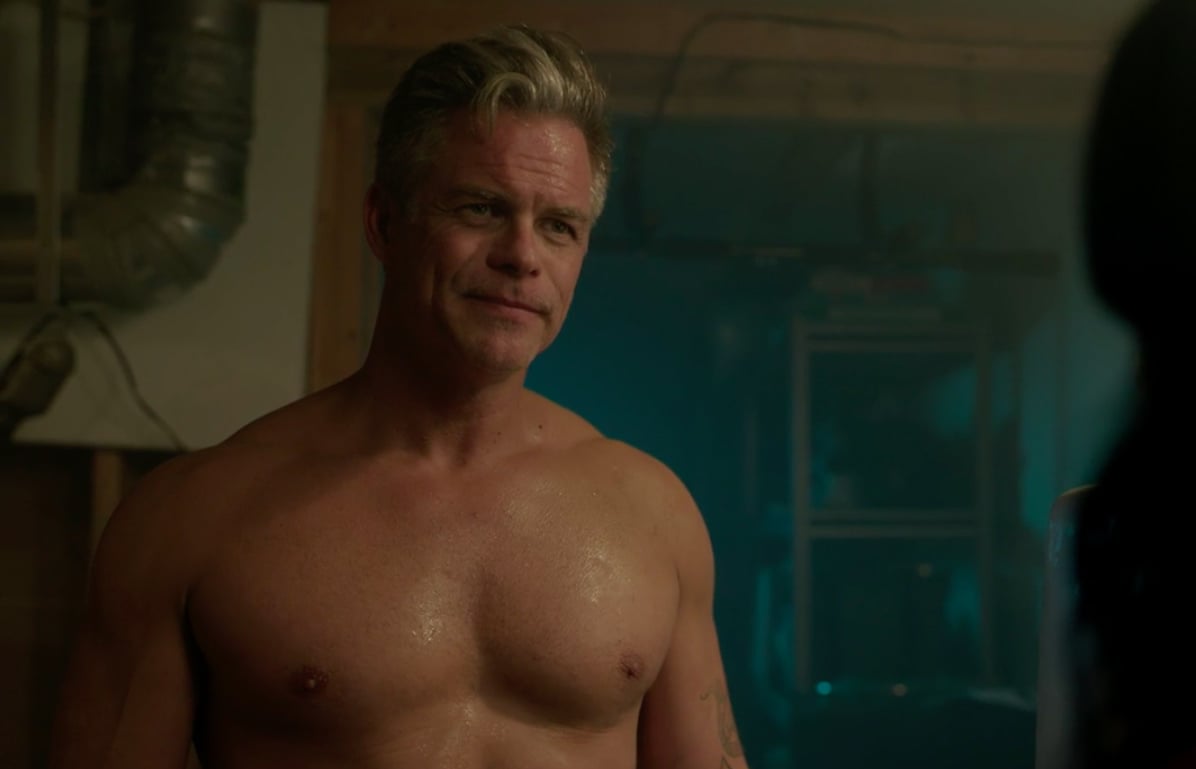 We all know that Riverdale is full of gorgeous eye candy, but some of the hottest stars are actually the parents. While Fred Andrews and Hiram Lodge have already been established as heartthrobs, Sheriff Keller surprised everyone on Wednesday night when he revealed what's under that uniform.

As Veronica snoops in the Keller family's basement, she is taken aback to find Kevin's dad (or should we say "daddy?") working out shirtless. Aside from being completely ripped, he also has a sexy tattoo on his arm. Seriously, even Veronica has a hard time keeping her focus. Naturally, Twitter was in its feelings about the moment. See the best reactions below.

I see you V...I see where your eyes are going (to all 8 of them) #Riverdale pic.twitter.com/zvs8AqnwCB

Shirtless Sheriff Keller is the real revelation of the series #Riverdale pic.twitter.com/3G0wCryuIn

and just like that, Sheriff Keller jumps to the top of the #Riverdale Hot Dads List pic.twitter.com/KwRkQuhBhS

Sheriff Keller is a DILF and that's the plot twist of the season. #Riverdale

Shirtless
Presenting the Sexiest Celebrity Selfies of 2021 — So Far!
by Monica Sisavat 1 day ago