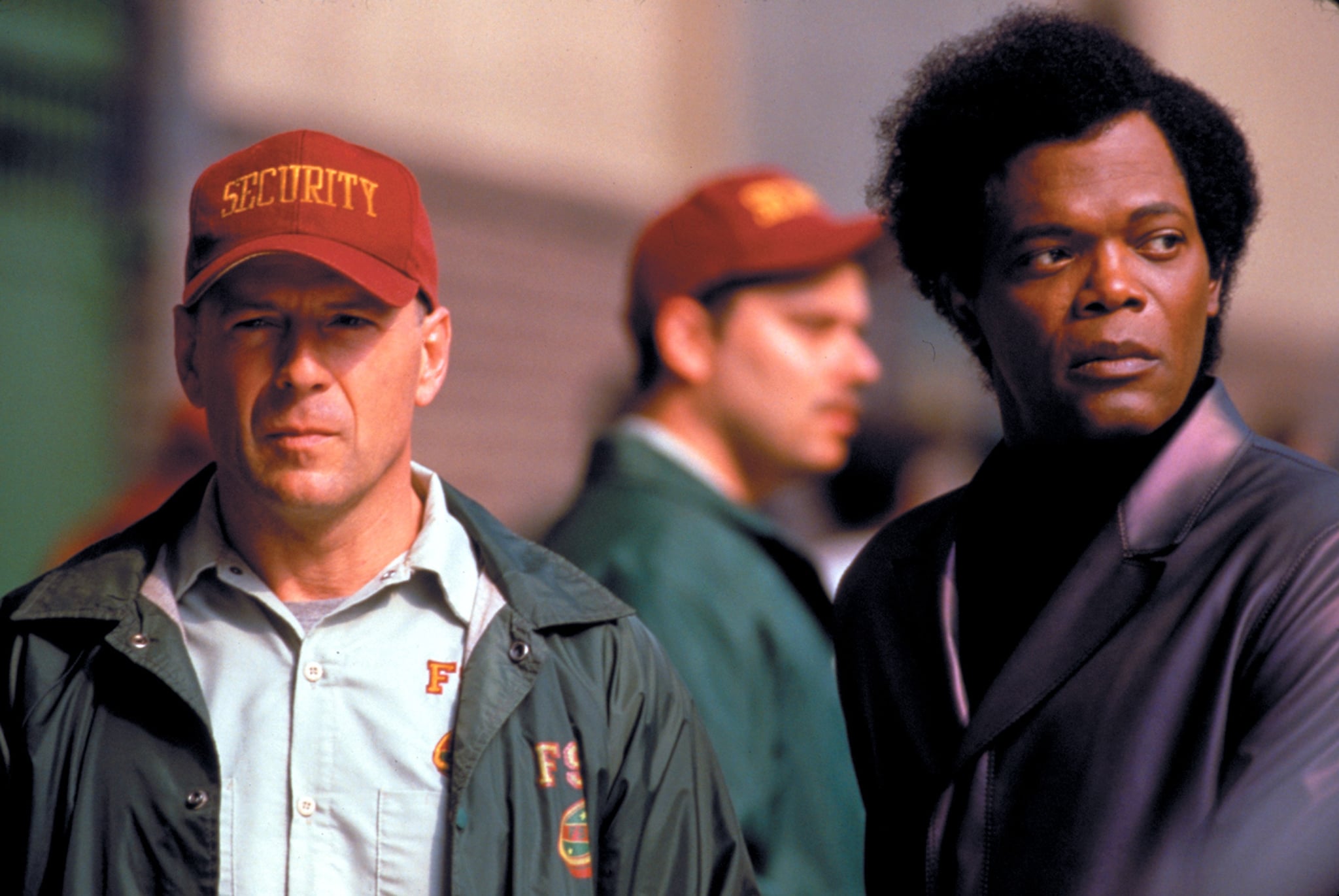 Split is M. Night Shyamalan's latest horror-thriller, and if you've seen the movie, you undoubtedly have some questions about the ending. I'm not talking about how the actual story concludes — I'm talking about the last minute or so, when we get an unexpected cameo. We see Shyamalan earlier in the film, but this appearance is even better.

The movie has all but concluded when we see patrons of a diner fixated on a news broadcast. Casey (Anya Taylor-Joy) has been found and the reporter is talking about the case, saying that outlets have already started calling the killer by a nickname: The Hoard, due to his many personalities. A woman at the counter says, "That guy who got locked up 15 years ago, they gave him a funny name too." The camera pans down the counter to a man dressed in a jumpsuit with a tag marked "DUNN." He simply says: "Mr. Glass." It's Bruce Willis!

Willis, of course, was the star of Shyamalan's 2001 movie Unbreakable. He played David Dunn, a man who essentially cannot be injured. He starts to investigate the limits of his capabilities after walking away from a horrific train crash completely unscathed. With the help of Elijah (Samuel L. Jackson), he discovers that not only is he invincible (except when it comes to water, his only weakness), he can sense crimes that other people have perpetrated just by being near them. Eventually he discovers that Elijah is the one who caused the train wreck, and he has committed several acts of terrorism in the name of finding someone with David's powers. David turns Elijah in, and the press deems him "Mr. Glass," because he has a condition named osteogenesis imperfecta, which renders his bones incredibly fragile.

The connection is surprising, but maybe it shouldn't be. Shyamalan has talked about wanting to do a sequel, telling Entertainment Weekly: "People have approached me about continuing the story, but the idea of doing a traditional sequel doesn't inspire me. It has to be organic and has to come from the right place — otherwise it'll smell of artificiality. But it's fascinating how much it's stuck around. I do think about it a lot."

Does this mean Split is the sequel to Unbreakable? Is James McAvoy's "Beast" a pseudo-realistic villain in the same vein as Mr. Glass? And does this mean it's up to David Dunn to find him and stop him? Would that be the third movie in a trilogy?

Rupert Grint
All Your Questions About "Knock at the Cabin"'s Ending, Answered
by Amber Frost 19 hours ago

Movies
Cassie Lang Is Ready to Shake Up the MCU in this Exclusive "Ant-Man and the Wasp: Quantumania" Featurette
by Victoria Edel 23 hours ago