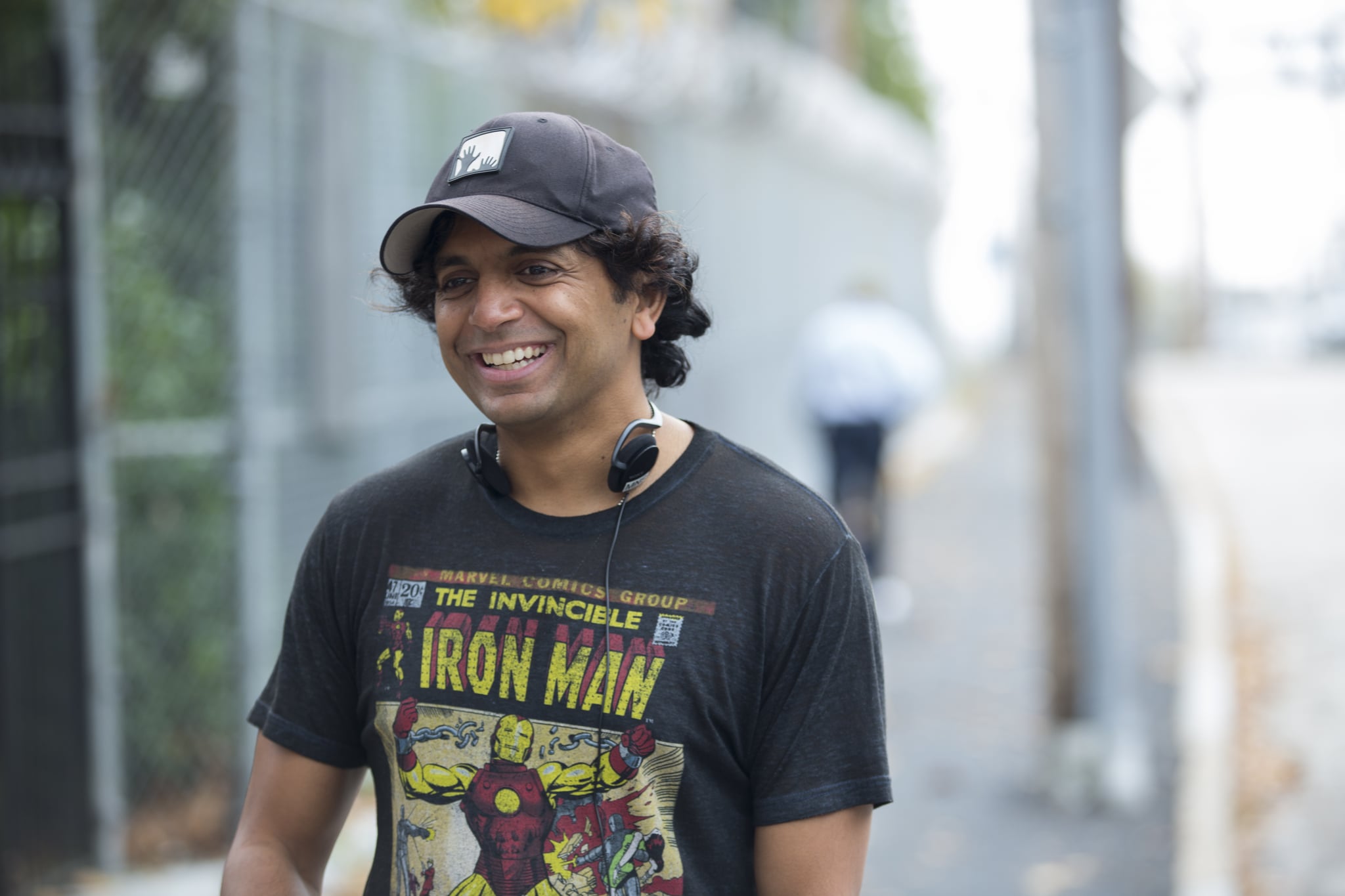 Split has started 2017 on a great note for horror movies. Tense and thought-provoking, the thriller is M. Night Shyamalan's best work in years. While there's one very obvious cameo at the end of the film, you may miss the one embedded in the middle. Dr. Fletcher (Betty Buckley) wants to see how Barry/Dennis/Kevin (James McAvoy, who has too many alternate identities to list out) leaves the building after their session, so she has the maintenance man pull up the security camera footage. And just who plays that maintenance man? Writer/director Shyamalan! He's actually billed as "Jai, Hooters Lover" on IMDb, which I personally find hilarious.

It's status quo for the director to appear in his own movies; he's played bit parts in nearly all of them, dating back to 1992's Praying With Anger. You may remember seeing him as Dr. Hill in The Sixth Sense or as "Stadium Drug Dealer" in Unbreakable. Here he is as "Guard at Desk" in The Village:

Classic M. Night, am I right?