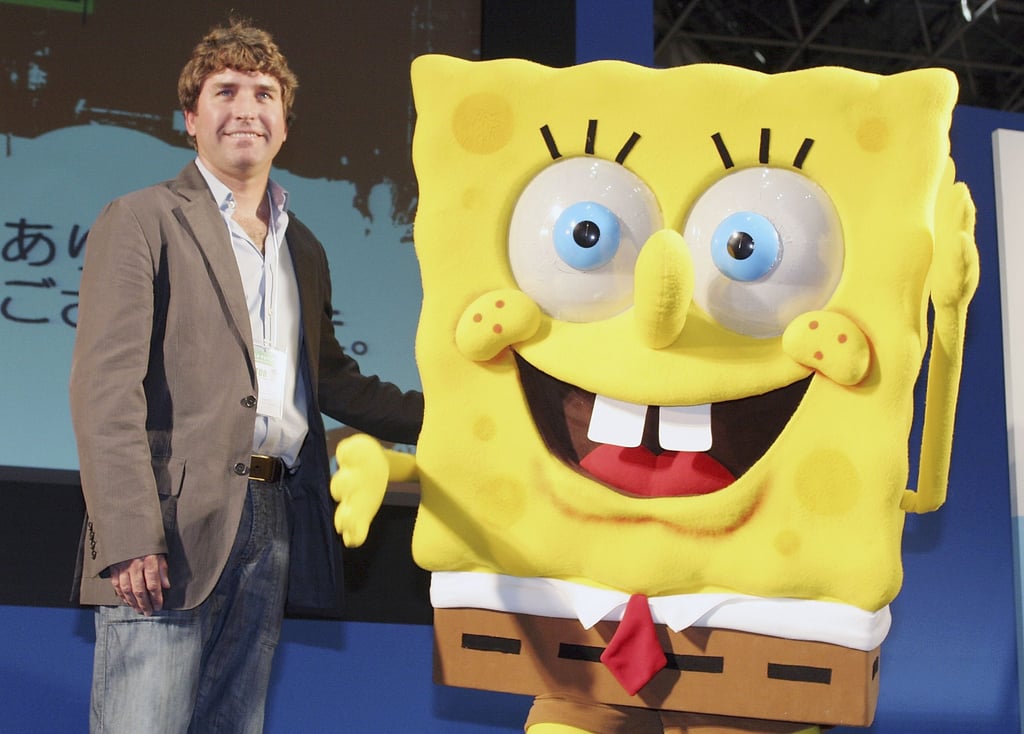 SpongeBob SquarePants fans of all ages came together on Tuesday to celebrate the life and legacy of the show's creator, Stephen Hillenburg. The animator died at age 57 on Monday following a battle with ALS, which he had been diagnosed with in March 2017. Nickelodeon, where SpongeBob has aired since May 1999, released a statement calling Hillenburg a "beloved friend and long-time partner" to everyone at the network.

"Steve imbued SpongeBob SquarePants with a unique sense of humor and innocence that has brought joy to generations of kids and families everywhere," the network said. "His utterly original characters and the world of Bikini Bottom will long stand as a reminder of the value of optimism, friendship, and the limitless power of imagination."

It didn't take long for tributes for Hillenburg to pour in from coworkers, guest stars, and fans alike. People from all corners of the internet shared their favorite episodes, unforgettable moments, or — of course — their favorite memes featuring Hillenburg's lovable sea sponge. Read on to see some of the sweetest tributes in honor of the cartoonist's memory, and always remember, "We're all Goofy Goobers."

Related:
63 Celebrities We Had to Say Goodbye to in 2018
0
previous images
-8
more images
Previous Next Start Slideshow
SpongeBob SquarePantsTVStephen HillenburgRIPTwitter Reactions
Around The Web

Nostalgia
These 15 Disney+ Shows Each Have Over 5 Seasons to Binge — What Are You Waiting For?
by Sabienna Bowman 27 minutes ago

by Danielle Jackson 1 minute ago