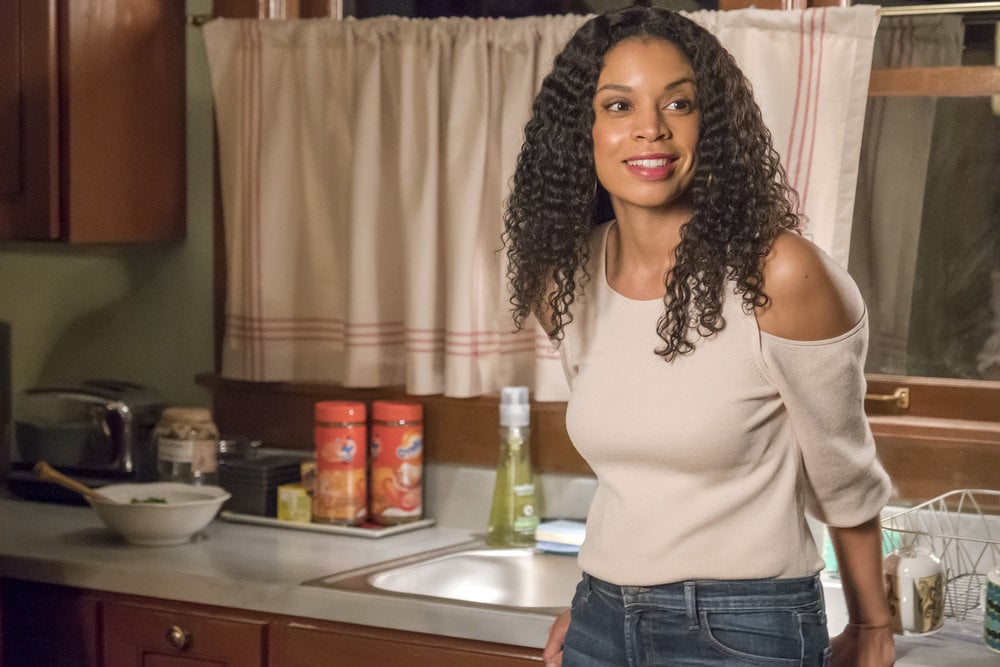 When This Is Us revealed that Beth runs a dance studio in the flash forward, we were all left scratching our heads, but now things are finally starting to make sense. In the Beth-centric episode, "Our Little Island Girl," we learn more about the fan-favorite character's backstory and how she actually wanted to be a professional ballerina when she was younger. Though she eventually gives up those dreams to go to college (where she meets and falls in love with Randall), it seems like she's going back to her roots to become a dance instructor.

In the final scene from the episode, we see Beth reconnect with her old self in a beautiful way as she dances in a studio. As she loses herself in the moves, we couldn't help but wonder if that was really Susan Kelechi Watson dancing. Well, it turns out the actress has a lot in common with her character.

Not only did the show incorporate Watson's Jamaican background into Beth's story, but she is also a dancer. The actress studied ballet when she was younger, but stopped at around age 12 or 13 for similar reasons to her character. "My body didn't fit the dance form, and I received a lot of criticism because of that," Watson told People. "They made me feel unwanted in that dance form, but I found my voice in different forms."

Since dancing is close to Watson's heart, she was adamant about not using a stunt double for her dancing scenes on This Is Us. "Dance is so important to me because it's a way of expression without speaking," she added. "I think for me it's a more thorough way of expression. I can dance something and people will know exactly how I feel. Things that I can't even find the words for. I love to be in my skin in that way. For Beth, she was dancing before she could walk, so there's something about it, it's innate."

TV
Normani Is a '90s Star in Exclusive "Proud Family: Louder and Prouder" Season 2 Clip
by Sabienna Bowman 12 hours ago