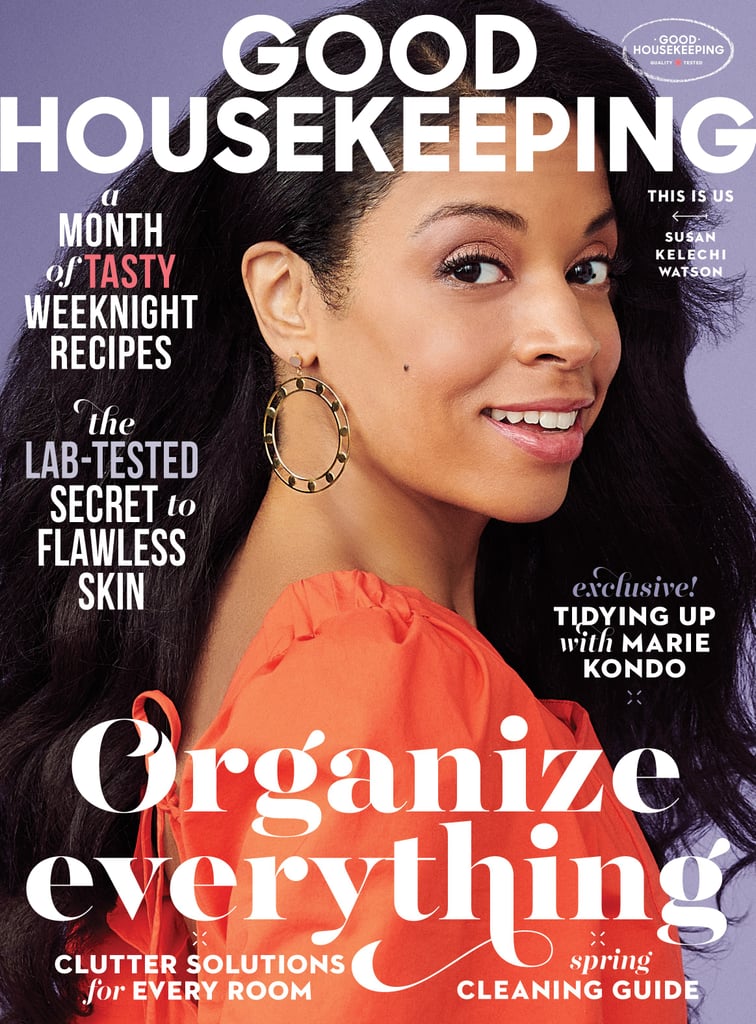 This Is Us: Susan Kelechi Watson on How Beth Is Finding Her Identity Apart From Randall

Anyone who watches This Is Us knows that the real MVP of the show is Beth, played by Susan Kelechi Watson. While she may not be a Pearson by blood, she has won fans over with her fierce and strong role as a wife and mother. But let's just be clear, Beth is so much more than just Mrs. Randall Pearson. She's also the queen of compromise, the in-law everyone needs, and unapologetically black. Susan, who is equally inspiring as the character she plays, appears on Good Housekeeping's March issue, and in the cover story she opened up about her fan-favorite character and how Beth's life has mirrored hers in a few ways.

The 37-year-old was raised by Jamaican parents in NYC and started pursuing a career in acting at a young age. After graduating from Howard University (yep, the same school Randall applies to on This Is Us), Susan went on to receive a Master of Fine Arts degree from the Tisch School of the Arts Graduate Acting Program. As fate would have it, the NYU graduate school is actually where she first met her onscreen husband, Sterling K. Brown. "I've always been a fan of her work and admired her," the actor said about Susan. "Sue is just cool people, cool like the other side of the pillow. So finally getting to do something together has been wonderful."

While Susan has gained critical acclaim for her role as Beth, being on This Is Us is just the beginning for the actress. In January, Premature, a film she executive-produced, debuted at Sundance, and later this year, she will star alongside Tom Hanks in the Mister Rogers biopic A Beautiful Day in the Neighborhood. As Susan continues to rise to superstardom, get ready to feel inspired by her quotes about working hard, staying positive, and chasing your dreams.

Netflix
Can't Wait For Cobra Kai to Return? Here's Everything We Know About Season 4
by Monica Sisavat 17 hours ago

Harry Shum Jr.
Harry Shum Jr. Is Just Excited as We Are About Crazy Rich Asians 2: "The Love Is There"
by Kelsie Gibson 18 hours ago

by Krista Jones 34 minutes ago