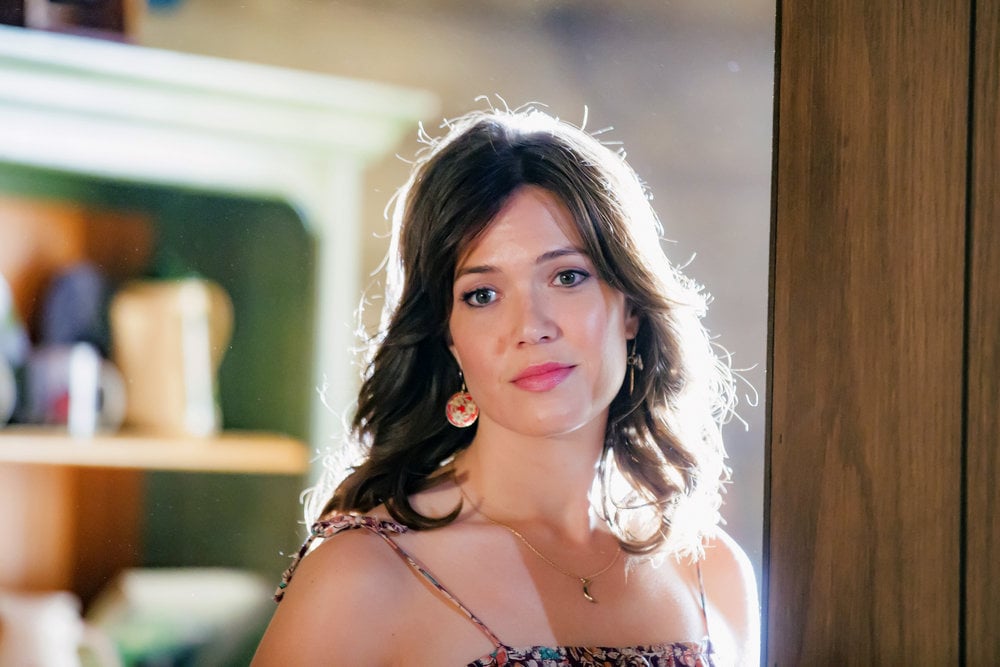 Even though This Is Us is filled with some heartbreaking moments, there was a little bit of joy in this week's episode when the show stuck in a hidden Easter Egg. In two scenes — one in the present day and one in the past — Rebecca and her son, Randall, have a little saying. "I love you," Randall says. "I love you more," Rebecca responds, to which Randall says back, "I love you most." Not only is the exchange simply adorable, but it happens to be straight out the song "Mother Knows Best," from Mandy Moore's Disney film, Tangled!

The actress, who has been promoting Tangled: The Series, confirmed the reference during an interview with Entertainment Tonight. "I have to imagine that [the show's creator] Dan [Fogelman] had a hand in putting that on the small screen," she said. "Everybody on Twitter was like, 'Was that a Tangled reference?' I thought about it while I was shooting but I didn't really bring it up. I just figured it was meant to be there." It definitely seems purposeful since Fogelman also wrote the screenplay for Tangled. "It's all full circle in this world."

Celebrity Families
Olivia Culpo Recalls an Ex Who Did "Really Horrible, Horrible Things" to Her in "The Culpo Sisters" Trailer
by Monica Sisavat 8 hours ago