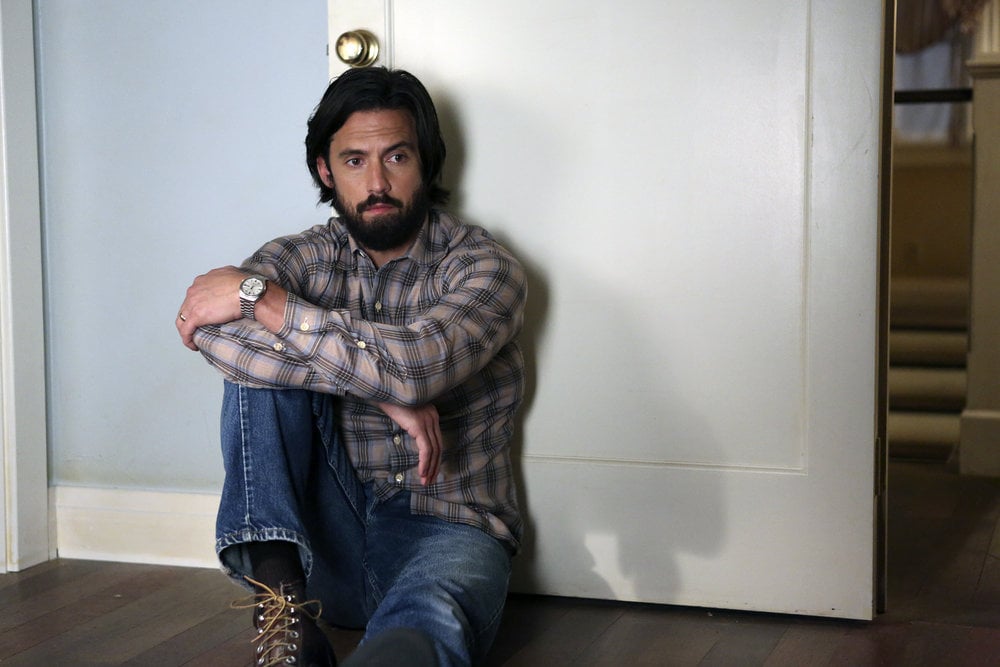 If you've been keeping up with This Is Us, then you already know that Jack Pearson isn't alive in present day. While there have been numerous theories about how he dies — alcoholism, a plane crash, heart attack — Tuesday night's episode finally gave us some crucial details. Even though the show's creator, Dan Fogelman, has said that fans won't find out exactly what happened for quite some time, the latest episode strongly implies that Jack will die in a crash.

It all starts when Rebecca decides to go on tour with her ex boyfriend, deepening the cracks in her once seemingly perfect marriage. Jack shows up to the house late and he gets in another argument with her right before she leaves. After having an awkward goodbye at their doorstep, Kate gives her dad a knowing look and he rushes outside to make things right. Only problem is, he's too late. Rebecca has already driven away. 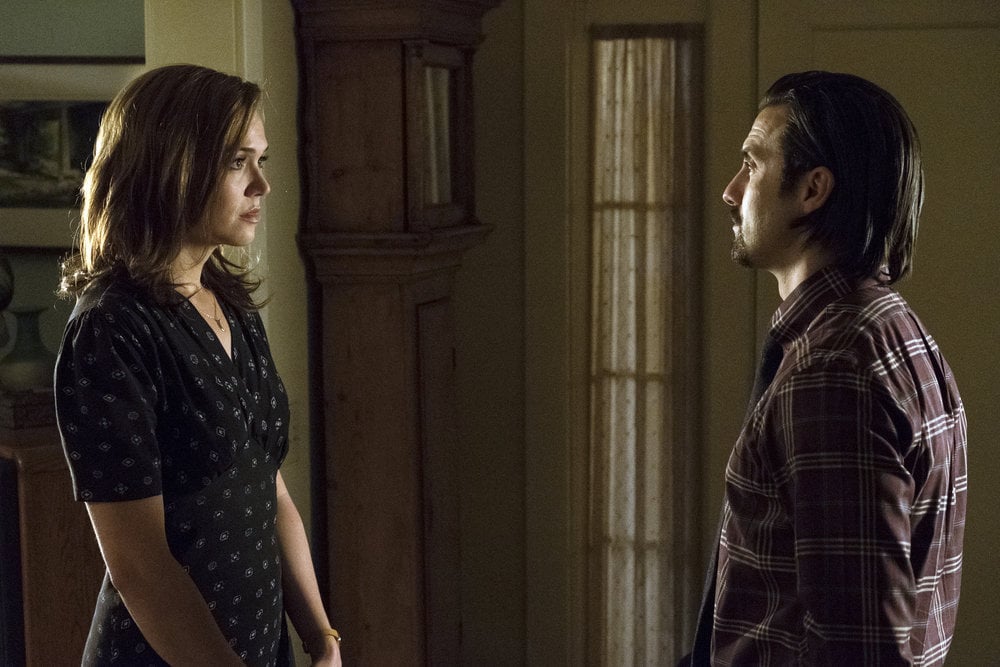 Later than night, Jack takes the Big Three to a friend's party, and that's when things get really emotional. After Randall and Kevin exit the car, Kate stays behind to question her father about the state of his marriage. Even though he assures her that she has nothing to worry about, she urges him to not sit at home all sad while they're gone. So, instead of moping around, he decides to attend an office after party at a nearby bar, where he, once again, breaks his vow to stay sober. However, when a co-worker tries to flirt with him, he realizes where his true affections lie — with his wife.

After denying her advances, he makes his way outside to make a phone call to his daughter. As the moment flashes on the screen, we jump forward in time to Kate as she finally opens to Toby about her dad. The reason she doesn't talk about his death? Because it's her fault. "I'm the reason that he's dead," she says. Back in 1996, Jack tells his daughter that she was right, and that he's going to fix things with her mom. He hangs up the phone, and that's when it happens: he loses his balance, fumbles with his keys, and proceeds to get in the car — drunk.

Even though everything seems to be in line for the finale, we may not get all the answers right away. Honestly, with all the show's tragic twists this season, we wouldn't be surprised if the final scene is just Rebecca getting a phone call that Jack's car has crashed. The theory certainly makes a lot of sense, and tying it to Rebecca's tour would be even more tragic.

Netflix
Dearest Reader, Bridgerton Has Been Renewed For Seasons 3 and 4
by Kelsie Gibson 1 hour ago