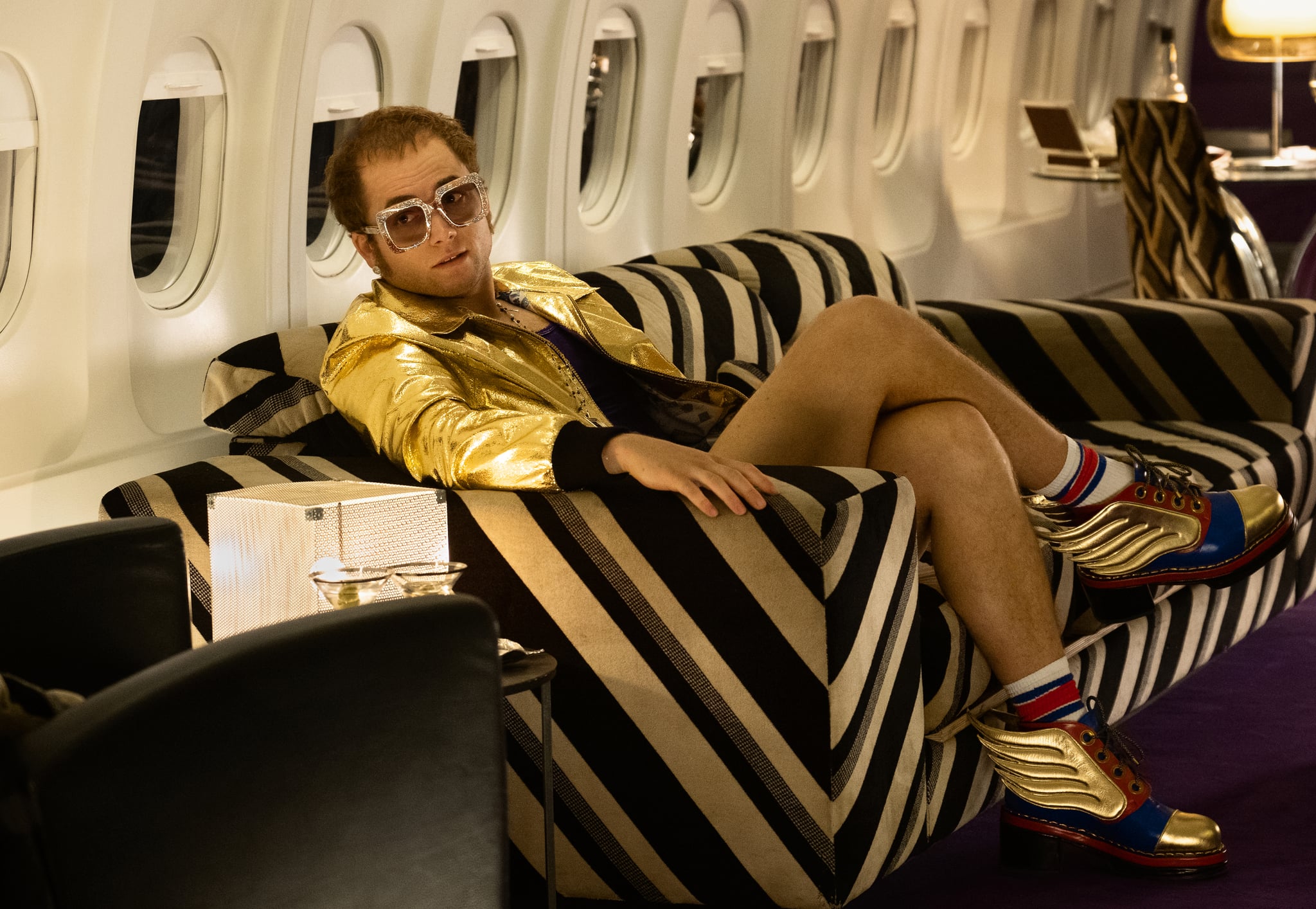 Taron Egerton's transformation for the upcoming Rocketman biopic is so spot on that you might have to squint your eyes and tilt your head a little to make sure it's not Elton John playing himself. In a newly released photo, we get an official first look at Egerton portraying the musician in the film, which is directed by Dexter Fletcher and follows Elton John's rise to stardom and the journey of his music career. In the image, Egerton is in full character, sporting a pair of oversize glasses and a gold lamé jacket with striped athletic socks and shiny winged boots. He looks relaxed in what appears to be a private plane decked out with patterned furniture. It seems like Egerton is quite comfortable living his onscreen '70s lifestyle.

Other stars who will be joining Egerton in the film include Jamie Bell, Richard Madden, and Bryce Dallas Howard. There was also early speculation about other potential castmates, and now that filming has begun, hopefully more details will emerge. Until then, just enjoy the photo of Egerton living his best Elton John life. Rocketman is set to be released on May 31, 2019.