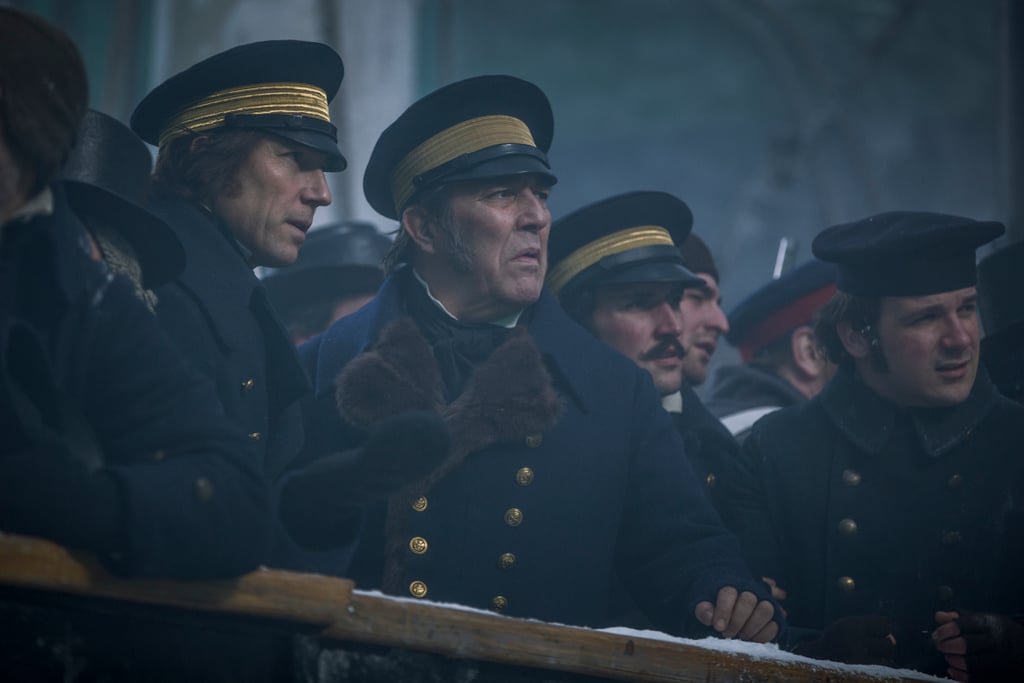 Your Handy Guide to the Many Characters of AMC's The Terror

Have you guys seen The Terror yet? It's pretty great. It's full of bleak, icy landscapes that will worm their way into your nightmares. There are some seriously horrifying moments of gore, if you're into that sort of thing. It's based on a true story. There's a monkey.

But you know what? A few episodes into AMC's Ridley Scott-produced thriller, I'm realizing something: it's a little bit hard to keep track of who everyone is, where they rank on the ships, and how they feel about getting torn apart by supernatural ice bears. (Just kidding about that last one.) It's even harder when you take into account how the men are dressed in near-identical uniforms and constantly bundled up in face-obscuring Winter gear. With the exception of Lady Silence, of course.

If you've found yourself in a similar situation as you ponder the fates of the stranded men of the Erebus and the Terror — the most ominously named ships in history, I should note — then join me as I break down all the important players.