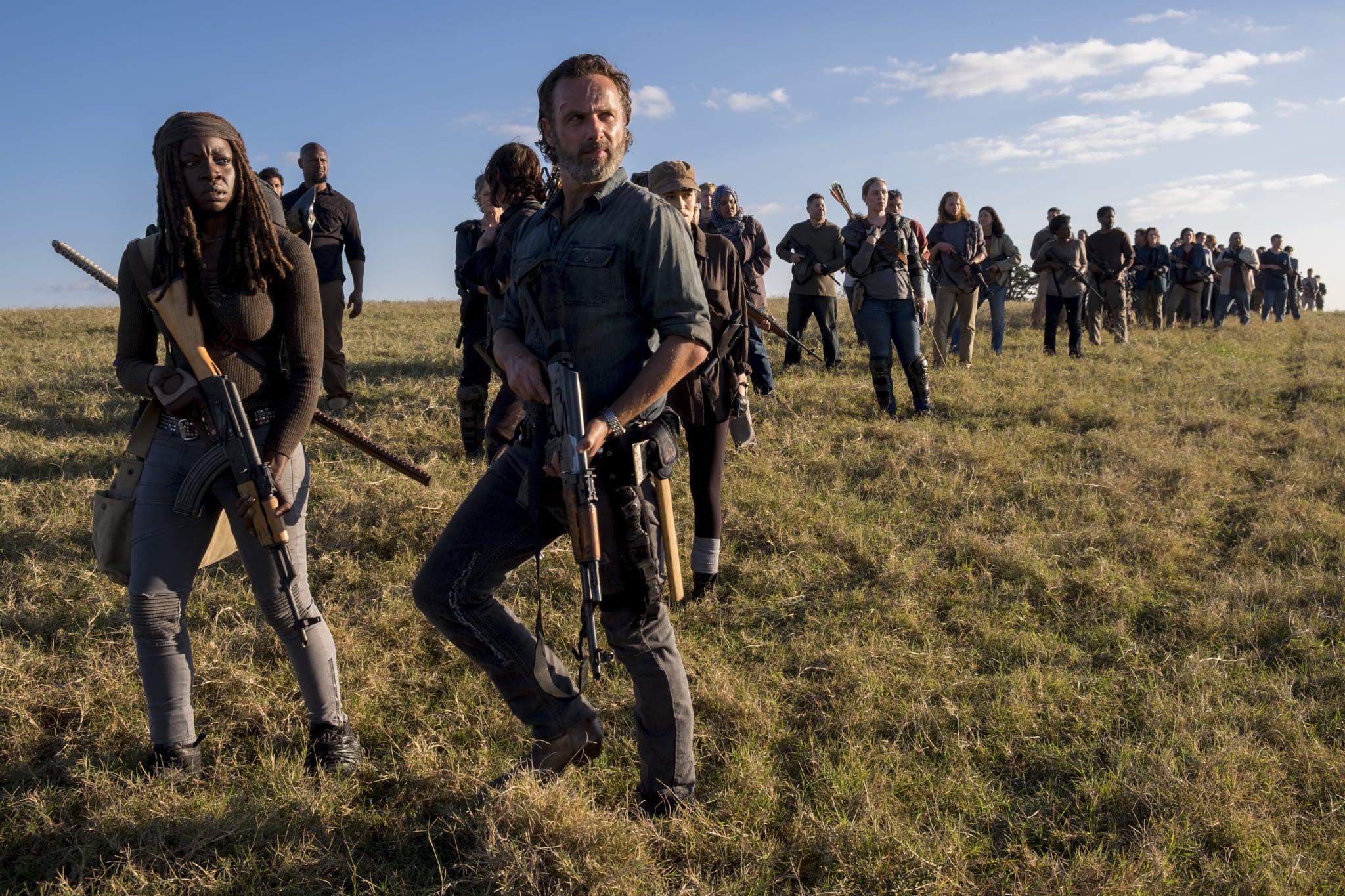 We only have a few short months before The Walking Dead returns to our screens in October, and the surprises just keep coming. According to The Hollywood Reporter, new showrunner Angela Kang, who took over for Scott M. Gimple, announced the series will be experiencing a jump forward in time during a "Kick-Ass Women of AMC" panel at the network's recent press event. "We're playing with time in the season," Kang explained. "So we get to jump forward in the story."

Although she didn't specify exactly how big this jump will be, it seems to be in line with the two-year jump that occurs in the comic-book series after the "All-Out War" arc between Rick Grimes and Negan concludes. Though the choice to stick close to the source material will be exciting for many fans of the comics, the announcement comes amid other huge changes that have left fans scratching their heads.

Chandler Riggs's surprise season eight departure coupled with Andrew Lincoln's plans to leave after season nine don't match up with their comic-book character counterparts, who are both still alive and well (as well as you can be during a zombie apocalypse, that is). Because of that, no one really knows what will go down in the upcoming season or how it will diverge from the existing story. In an April interview with Entertainment Weekly, Gimple said that season nine would be "very much a new show . . . with a bigger, new narrative." Kang repeated this sentiment during the panel, saying that the crew is working on a season with "a really fresh look and feel."

Because we know all the updates can get confusing, we've rounded up a few details that we already know about The Walking Dead's upcoming season. Check it out and hold on to your cowboy hats; we've got a very interesting season to look forward to.