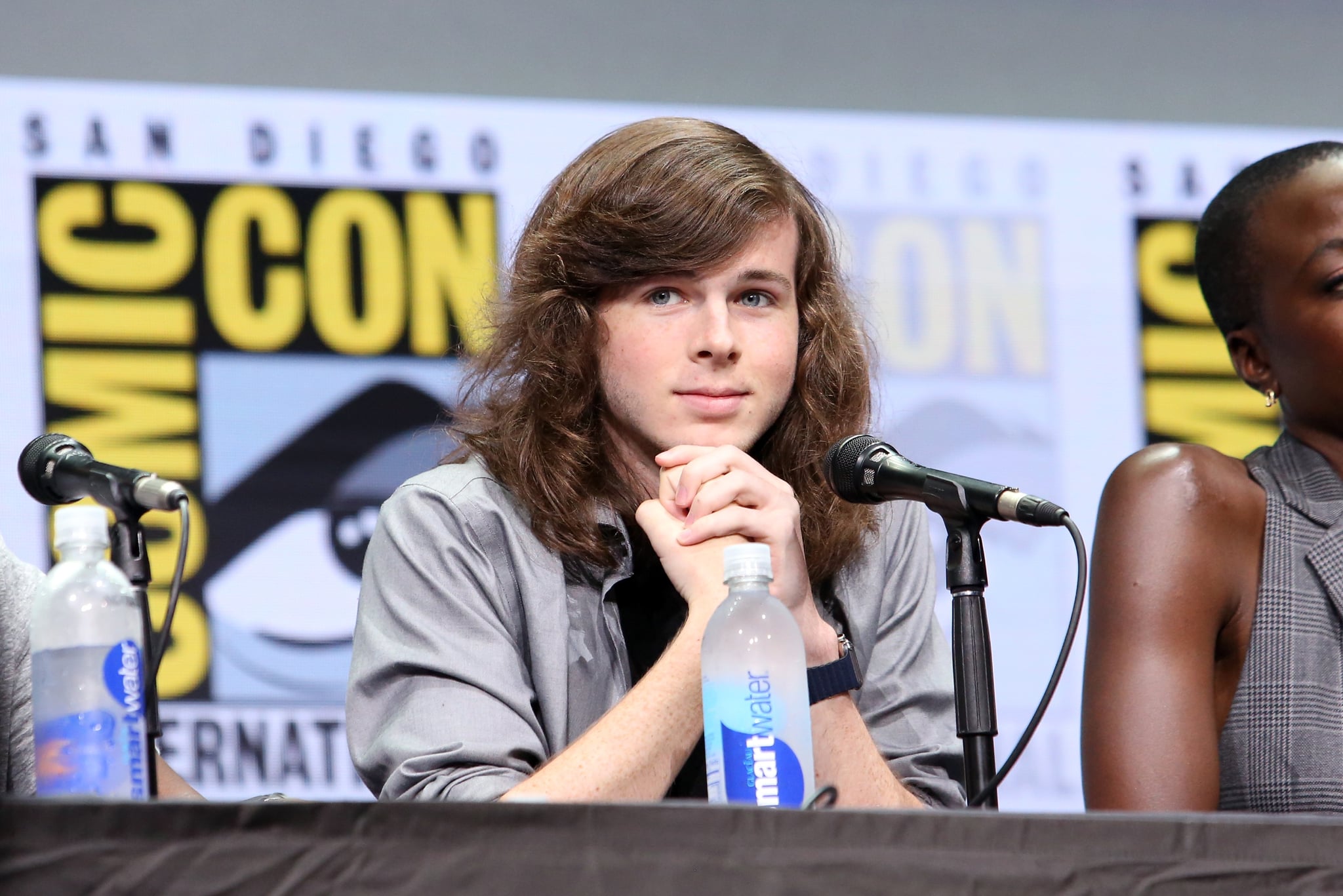 Considering he hasn't yet been killed off in the comics, a lot of fans of The Walking Dead have been pretty confused about why young Carl Grimes isn't going to live to see the All-Out War with Negan and his Saviors come to a close (or witness how well his new pal Siddiq fits into the Alexandrian crew).

Taking his eye in gruesome fashion fits right in with the written storyline, so the fact that he's still alive and kickin' in Robert Kirkman's version makes seeing him sport such a gnarly belly bite even more of a bummer.

So, why are we about to witness the slow-burning deterioration and demise of the kid who's been the most important object of the Ricktatorship's protection detail all this time?

Actor Chandler Riggs's high school graduation and college acceptance might seem like a logical reason he might ask for an out on his own, but the actor's family cried foul on the producers' decision to can him. Riggs's father responded to the midseason finale shocker with a toothy Facebook comment that read: "Watching [Scott] Gimple fire my son two weeks before his 18th birthday after telling him they wanted him for the next 3 years was disappointing. I never trusted Gimple or AMC but Chandler did. I know how much it hurt him."

Chandler Riggs himself has also since confirmed that the decision for Carl to be killed off the show after eight long seasons was not his own call. "Leaving Walking Dead wasn't my decision. I was planning on going to college until I found out," Riggs told The Hollywood Reporter. "I found out when I was doing rehearsals for episode six back in June. It was quite the shocker for me, Andy [Lincoln], and everyone because I don't think anyone saw it coming."

Although Riggs is now seizing the opportunity to enjoy a little time off and says he's glad to "get to go and do a lot of other stuff," clearly it wasn't something he wanted to happen.

The person who did decide to kill him off was actually the show's erstwhile showrunner Scott Gimple, who has been on the receiving end of some serious animosity ever since. He has defended the death of Carl as a means of urging other characters to carry the drama and action forward. "The death of this character, this young hero . . . it creates the last sort of conversation of who these people are going to be and how they're going to move into the future," Gimple told Variety.

Author Robert Kirkman, though equally surprised at first, has also echoed those sentiments, telling Entertainment Weekly, "At first, I was kind of like, 'Well, that's a big one, you know?' I might have had a little bit of trepidation. But once he laid out to me exactly what his long-term plans were, and the things that come out of it, and the things that it leads to, it was something I got on board with."

So, basically, we'll have to wait and watch to find out why Carl's death is so necessary to the show's future because neither the actor himself nor his costars wanted this to go down. Yikes.