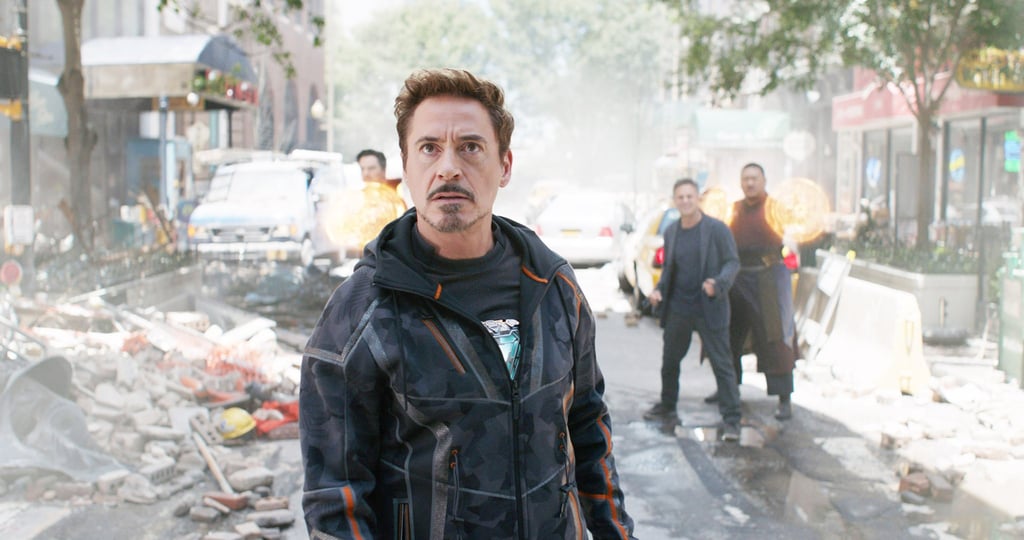 Spider-Man: Far From Home Has Folks VERY Worried About Tony Stark's Fate — They Should Be

The Jan. 15 drop of the long-awaited Spider-Man: Far From Home trailer was both a blessing and a curse for Marvel fans. While we finally got to see what the Homecoming sequel would entail for our friendly neighborhood Spidey, we also got a jarring reminder that the new movie doesn't mean all is well in the Marvel universe. While Peter Parker's survival was kind of a given after Thanos's fatal snap at the end of Avengers: Infinity War because of his already-scheduled follow-up film, there's a particular hero missing from the trailer that has everyone feeling a little shaky. Where on earth is Peter's mentor, Tony Stark?

As great as it is to see the familiar faces of Aunt May, Happy Hogan, and all of Peter's friends at the Midtown School of Science and Technology again, Tony's absence from the teaser is pretty obvious to even the most casual fan. Of course, it's a sound decision on Marvel's end; having Tony make any sort of cameo would be way more of a spoiler than the teaser itself. (Especially since fans have been anticipating his death since before Infinity War was released.) Keeping any clue of his existence out of the Far From Home teaser leaves his fate up in the air and leaves us wondering how everyone seems so peachy keen after a recent apocalypse. Fans are definitely wondering about both.

Related:
Here's Everything You Need to Know Before Spider-Man: Far From Home Swings Into Theaters

According to some, there are several key moments in the teaser that point to Tony's possible demise: the check Happy brings to Peter and Aunt May is signed by Pepper Potts, Peter seemingly gives his Spider Suit a grief-stricken glance before leaving it at home before his trip, and Happy tells Peter that he's "all alone" while on an aircraft in Europe. The first is easily explained away by the fact that Pepper has been CEO of Stark Industries since Iron Man 2 and generally handles the majority of work while Tony is ignoring his business while off being Iron Man. The other two . . . well, they could have a lot of explanations and not all of them involve Tony being dead!

See how fans are taking Tony's absence from the teaser ahead, as well as some thoughts on how this will all play out by the time Far From Home hits theaters July 5.

Johnny Depp
Johnny Depp to Direct "Modigliani" Biopic, His First Return Behind the Camera in 25 Years
by Njera Perkins 21 hours ago