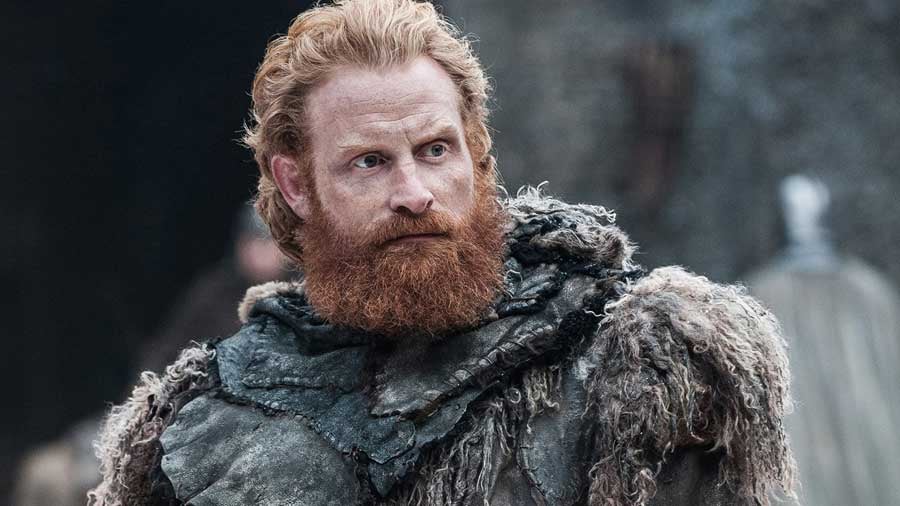 The season seven finale of Game of Thrones went out with a bang, as the Night King — along with his army of White Walkers, wights, and his ice-breathing dragon — bring the Wall a-tumblin' down. It is a sight to behold — truly well done on the production value, Game of Thrones — but unfortunately, two important supporting characters sit atop the Wall when the ice dragon lays waste to everything, leaving fans to wonder if either Tormund Giantsbane or Beric Dondarrion survived.

Here's why we don't think they're definitely dead. After the initial attack starts, we see men scrambling down the wall as they try to get out of the way of the collapse. These unnamed Night's Watch members are definitely done for.

Related:
Brienne and The Hound Were Basically Proud Parents on Tonight's Game of Thrones

But before the Wall collapses, the episode checks back in with Tormund and Beric, who stop fleeing and seem to possibly be outside the blast radius — notice how they turn around in time to see the wall crumble behind them. In the next wide shot, as the wall falls down, you can see that there are a few vestiges of the Night's Watch's towers and staircases still standing on the side farthest inland. So there's a chance that Beric and Tormund just have to wait it out while the Night King and his army trudge past, then they can flee south somehow to join up with Jon Snow and Co. at Winterfell.

Also, can we just say that if that's how these two characters go down, that's kind of weak on the show's part — for Tormund especially. It would have been a better death to succumb to the wights in last week's episode than to just fall down into the rubble of the Wall. Tormund should definitely go out fighting — plus there's the fact that he has to get home to Brienne, so he shouldn't be killed off at all. With Beric, we're not convinced he doesn't have an important part to play in the final season, so both of these characters need to stick around.

Related:
Game of Thrones: Here's Why It's So Terrifying That It Started Snowing in King's Landing

While they may very well have gone to the big Wall in the sky — because that attack on the Wall was no joke — we're not counting either of them out until we see their bodies. We're hoping for the best, and we're not alone. Many other fans are also shook at the idea of Tormund's possible death:

Nope, Tormund is NOT dead. I didn't see him die, so that's that. DON'T say that. That thought is canceled! #GameOfThrones pic.twitter.com/CpTaMlDlYI

Hilary Duff
Hilary Duff Is Starring on a How I Met Your Mother Sequel? Sounds Like It'll Be Legendary
by Karenna Meredith 5 hours ago

Master of None
When Is Master of None Season 3 Arriving on Netflix? It'll Be Here Pretty Soon!
by Amanda Prahl 7 hours ago