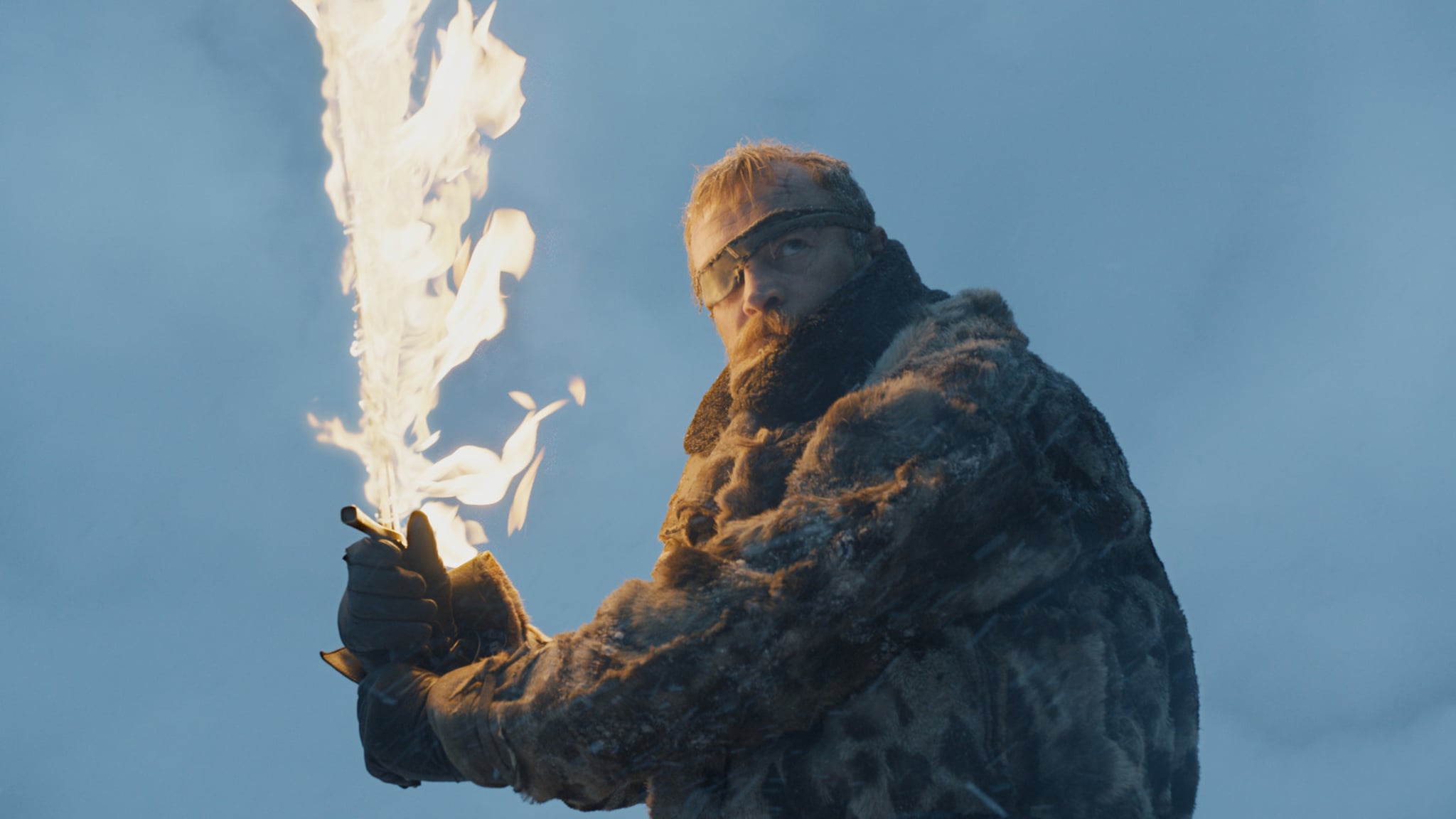 Even if you go back to the early months of 2017, there's one thing about the new season of Game of Thrones that has been a constant point of excitement and discussion. We're talking about Beric Dondarrion's flaming sword. The supposed party trick is nothing new; Beric's been lighting up since season three. But the fact that he so dramatically flames his blade in the early trailer for the seasons was more than enough to get fans super jazzed.

We finally witness the moment in question during season seven's sixth episode, when Jon Snow and his fellow boy band members go north of the Wall to retrieve a wight and prove, once and for all, that the army of the undead is real. As expected, the suicide mission does not go off without a hitch, and the merry band of men find themselves completely surrounded by wights and White Walkers. There is only one thing to do: fight their way out. Thus, we behold Beric's brilliant blazing sword.

With the return of the undeniably badass weapon, we thought we'd try to figure out exactly how Beric pulls it off. Is it magic? A parlor trick? Actually, it has nothing to do with the sword and everything to do with Thoros of Myr, who has resurrected Beric a whopping six times throughout the course of the show. It turns out, these returns from the dead give Beric the tool he needs for his sorcery.

In a recent interview with Time, author George R.R. Martin shared a pretty interesting fact about Beric's physical state: he seems alive, but he's really just as undead as the wights and the White Walkers. "Poor Beric Dondarrion . . . every time he's a little less Beric. His memories are fading, he's got all these scars, he's becoming more and more physically hideous, because he's not a living human being anymore," Martin said. "His heart isn't beating, his blood isn't flowing in his veins, he's a wight, but a wight animated by fire instead of by ice, now we're getting back to the whole fire and ice thing." Just like Jon, Beric has got some sort of archaic magic inside him. He's animated by the Lord of Light's flames.

This explains why Beric is able to ignite his sword. There actually is some magic inside him, which he's harnessing and manifesting on his blade. This poses some interesting questions: Is Jon able to do the same, but he just hasn't realized it yet? Is Jon also a fire wight, or did Beric only get to that point after many multiple deaths? Can Beric use these fire abilities in other ways?

There is one question we can totally answer, though: during filming, that sword was definitely, actually on fire. During an interview with Variety, actor Richard Dormer shared some fun technical tidbits about his personal swordsmanship. "The sword is not CGI. That's real flames every single time. It lasts about two minutes, so I could only use it for two minutes and then it would start to go out so we had to start all over again," Dormer explained. "Also, I had to slow my sword arm down by about 20 percent. So if I was doing a move, I would just do it quick with the sword. But with the sword on fire, you can't move that fast otherwise the flame will go out. So you've got to move just slightly slower but more effort, you know? Also it weighs three times as much as a normal sword, so it's just this big club really."

OK, so Beric is totally undead and filled with fire, and Dormer is able to wield a very heavy sword that is actually on fire. Slow clap, y'all. Slow. Clap.