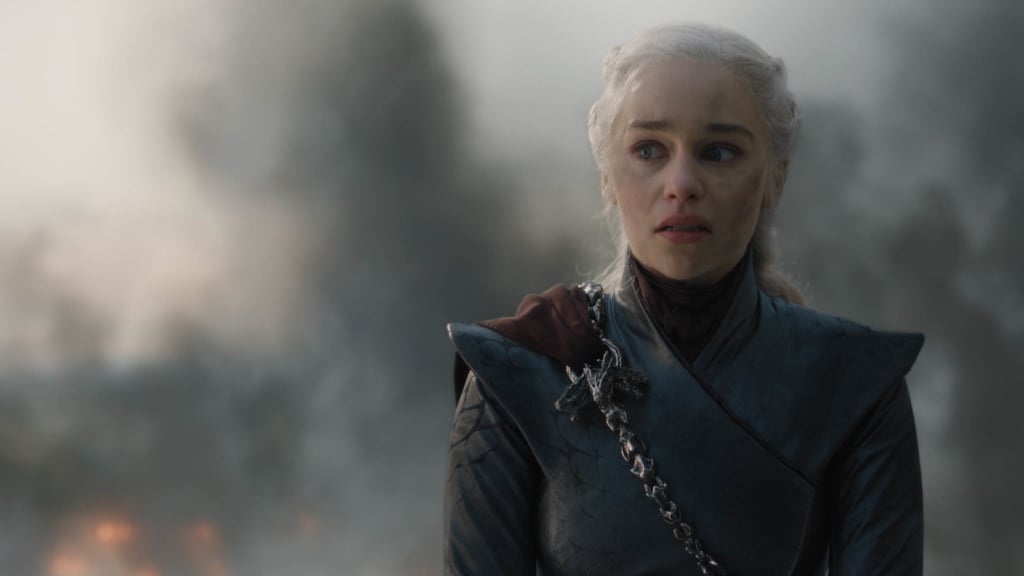 Welp, Daenerys Gave Fans a LOT to Process With Her Murderous Decision in King's Landing

Are you sitting down? Do you have a glass of water nearby? Taking deep breaths? The second-to-last Game of Thrones episode is certainly a lot to process. After much speculation regarding Daenerys's state of mind, it appears she's fully embracing her fate as Mad Queen. In Sunday's episode, the Mother of Dragons is given the opportunity to spare the citizens of King's Landing, but instead decides to proceed with her tyrannical takeover — killing most everyone in sight. This is a shock to both Jon and Tyrion, who held onto hope till the very end.

Fans are full of fiery fury after Daenerys's controversial choice. She went from being the Breaker of Chains and Protector of the Realm to a tyrant following in the footsteps of her father. For some, this is an inevitable turn for her character, and for others, this is a departure from the arc GOT writers built over the last eight seasons. Keep reading to see more of the Twitter reactions from viewers. There's no telling what's in store for Dany in the show's final episode, but we can assume it won't be good.