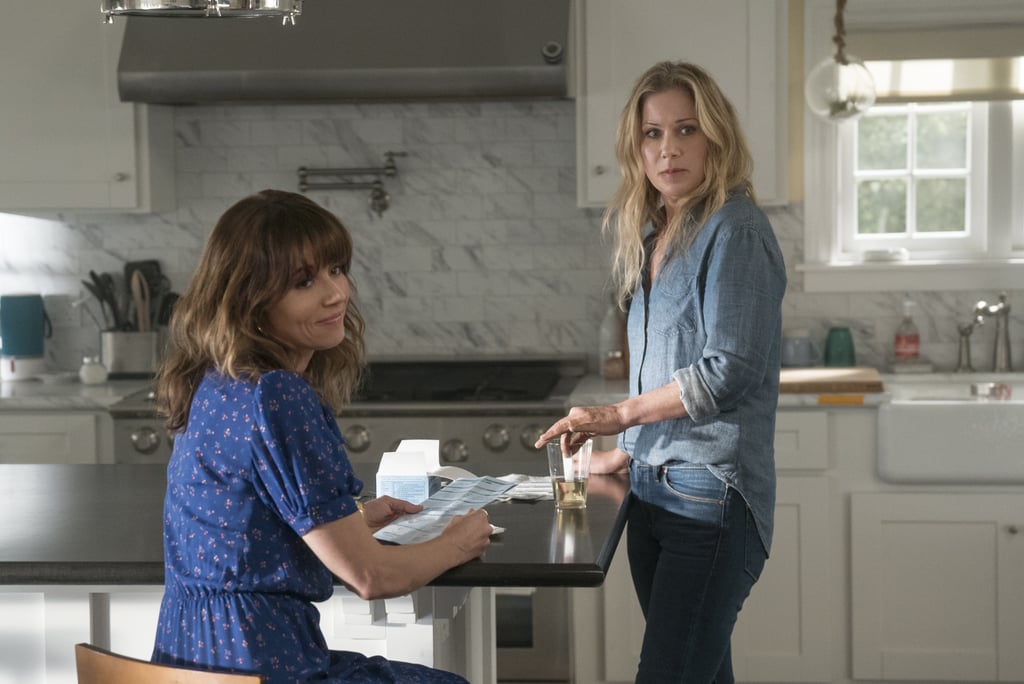 Dead to Me: Reviews For Netflix's New Series Are In, and Fans Are Officially Obsessed

Netflix's new dark comedy Dead to Me made its debut on the streaming platform less than a week ago, and it's already receiving rave reviews from fans on social media. The show stars Christina Applegate as Jen, a widow grieving her husband's loss with help from her new friend Judy (Linda Cardellini), who happens to be hiding a devastating secret of her own. As it often goes with Netflix originals, Dead to Me has quickly become the talk of the town, with many fans on social media praising the show not only for its writing but also for the performances given by Applegate and Cardellini.

Read ahead to see comments from fans giving the show their seal of approval, and, if you haven't already, head over to Netflix to stream the first season.