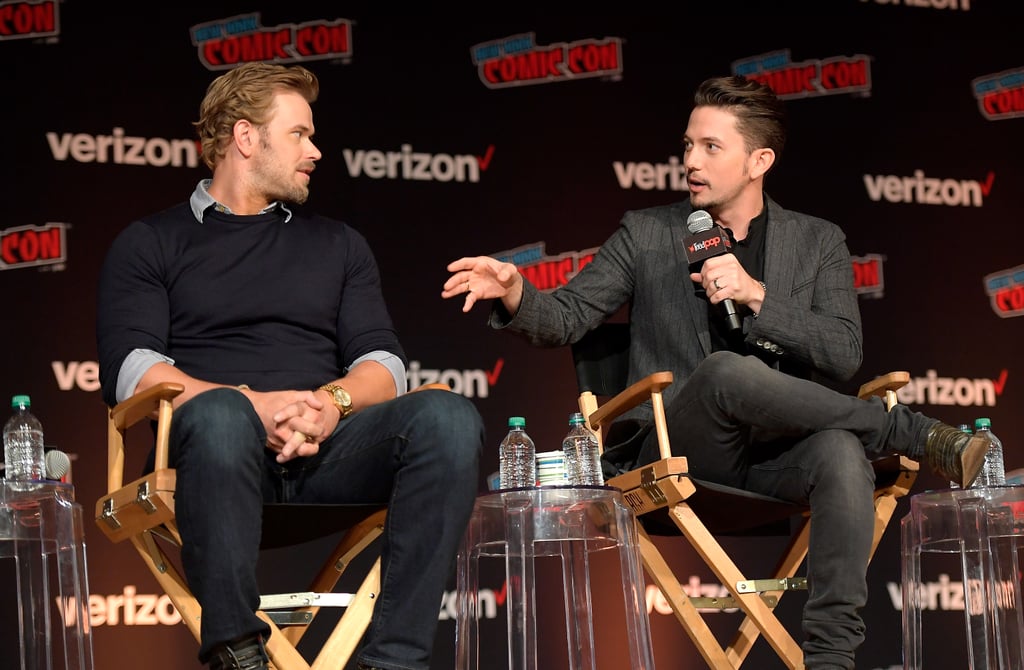 The Cullen family is back together again! Almost 10 years after Twilight was released in theaters, the cast had a magical reunion at NYCC on Sunday. Director Catherine Hardwicke was joined by a few of the film's stars, Kellan Lutz (Emmett), Jackson Rathbone (Jasper), and Edi Gathegi (Laurent), as they talked about the impact of the franchise as well as a few of their favorite parts from filming.

Of course, Lutz and Rathborne weren't the only members of the Cullen family to make an appearance — Bella and Edward also made a special cameo. While Kristen Stewart sent in a prerecorded video message, Robert Pattinson surprised the crowd by calling in on Skype. Needless to say, the crowd was feeling like 13-year-olds all over again. See some of the best moments from the panel ahead!

Related:
Do You Consider Yourself a Twihard? Take This Twilight Quiz to Find Out
Previous Next Start Slideshow
NostalgiaTwilightComic-ConMovies