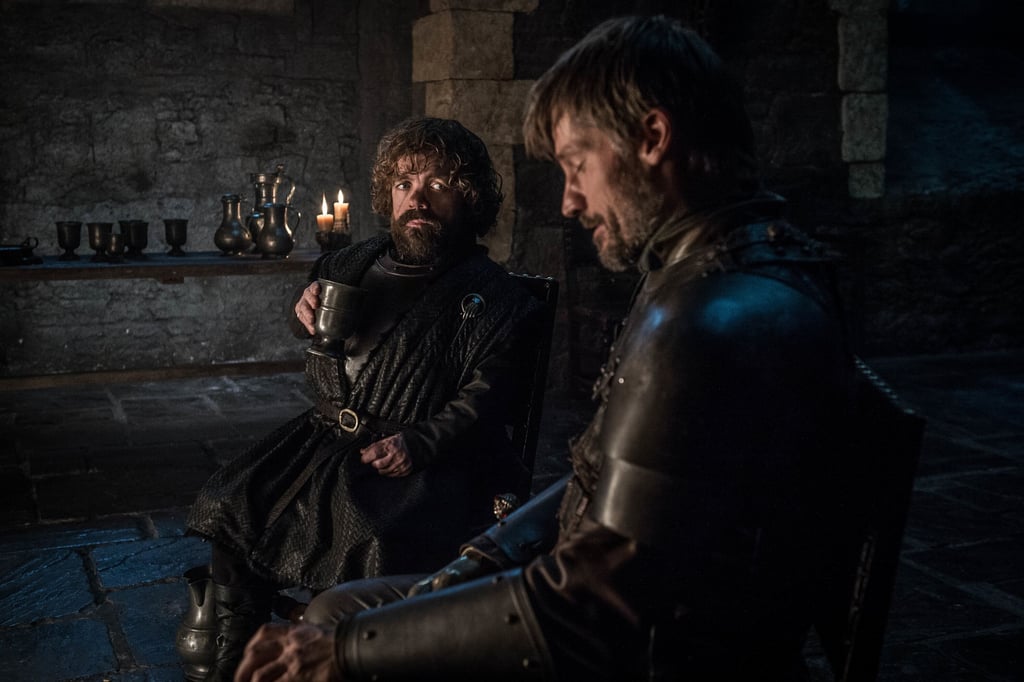 Game of Thrones: 11 Times the Lannister Brothers Stole the Show

In the Game of Thrones season eight episode titled "The Bells," we experienced a cinematically stunning battle between the Lannister forces and Daenerys's allies . . . as well as a ton of dragon fire. Yet, prior to the chaos and carnage, there came some intense emotional drama in the form of a tearful goodbye between Tyrion and Jaime Lannister.

By killing their father in season four and siding with the Dragon Queen during season five, Tyrion loses the support of his brother — the only family member to ever show Tyrion kindness. As the two part ways before the culmination of the Last War, Tyrion tells Jaime: "You were the only one who didn't treat me like a monster. You were all I had."

In the series finale, Tyrion locates his dead siblings in the massive pile of rubble — how? — and weeps over their corpses. As much as he's crying for the loss of his family, he's probably a tad bit more upset about the death of his brother than his monstrous sister. So as we embrace (or at least tolerate) the end of Game of Thrones, let's count down 11 other touching moments between the Lannister brothers.