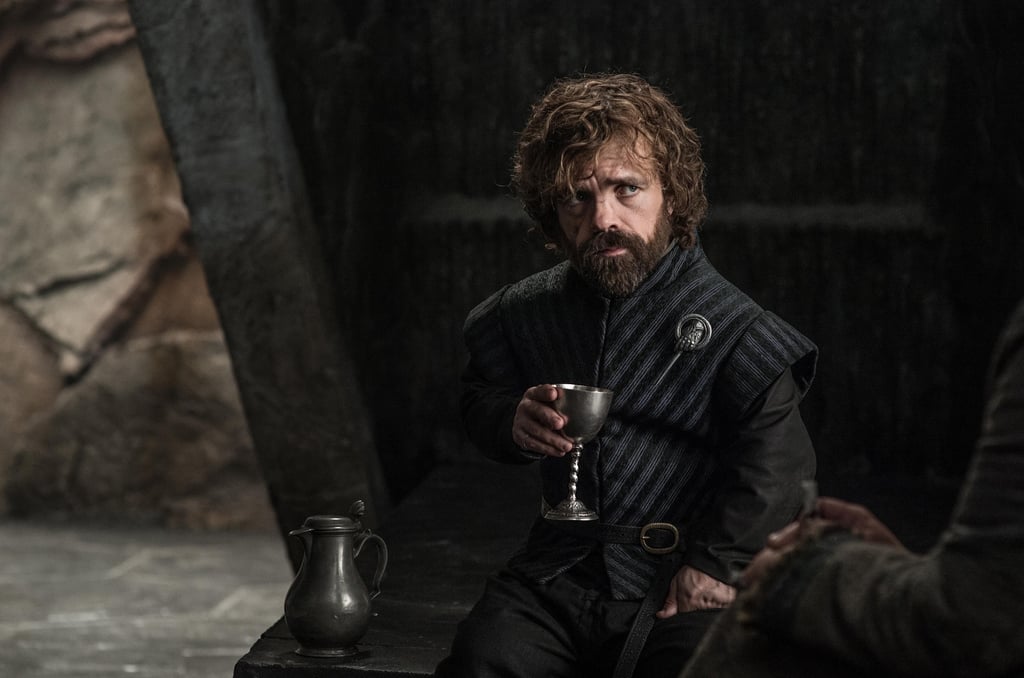 HBO's landmark series, Game of Thrones, is coming to an end (hold for dragon-size tears). The show that put actors and actresses like Kit Harrington, Emilia Clarke, Sophie Turner, and Maisie Williams on the map will come to an end following an eight-year run. Fans have a slew of questions leading up to the series' final season, premiering on April 14.

But to add some levity to the intense wait, we decided to spend some time reliving the best one-liners from fan favorite, Tyrion Lannister. Tyrion has a way with words, and has since the very first season. With the final episodes marching toward fans like the Walkers beyond the Wall, we revisit Tyrion's best lines throughout the series.

Saturday Night Live
SNL's "What Up With That?" Skit Had Oscar Isaac as a Pirate and Cousin Greg — Need We Say More?
by Kelsie Gibson 7 hours ago