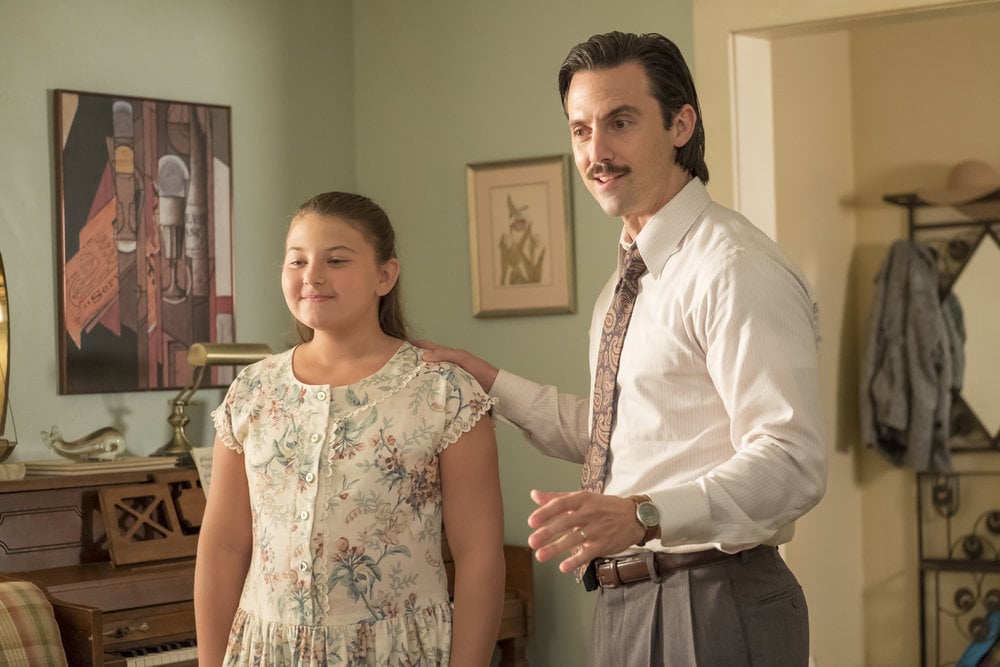 This Is Us has been playing with timelines since the show started, but will another timeline get introduced soon? Following Jack's heartbreaking death, Milo Ventimiglia teased the possibility of an alternate timeline on the show. "I think there's an opportunity to even dream a little further forward," he said. "You know the moments possibly that we didn't get that we could have gotten had this man lived on a little longer than his 50-some odd years."

He hinted at the idea even further when he sat down with Elle to read sad tweets about the show. After a fan asked if we'll ever get to see what would have happened if Jack had never died, Ventimiglia slyly raised his eyebrows and said, "Hmm." That isn't exactly a no, is it?

It certainly wouldn't be the first time the show has pulled a move like this. During the "Number Three" episode, the series broke our hearts in half when it gave us a glimpse of what life would have been like if William had been a part of Randall's childhood.

Related:
Real-Life Nurses Reveal Exactly What Went Wrong in the Hospital on This Is Us

That being said, Jack Pearson could also appear in present day via dream sequence. While Randall hallucinates his dad during a trip with the Big Three last season, the show's creator, Dan Fogelman, recently teased a one-on-one between Kate and her dad. "We play with a lot of things around time and memory and what could have been, so I think that's definitely a possibility," Fogelman told Glamour. "There's a lot of emotions [about that idea] because if you've lost someone tragically, you dream about them a lot. There's a lot of different ways that can happen."

So, when exactly would Kate be dreaming about having her father by her side? It might be during her upcoming nuptials to Toby. "We have a lot of Kate and Toby wedding stuff building that is a big high point for the rest of our season," Fogelman added. "We have the bachelor party, bachelorette party, [the] wedding, so we have a lot of stuff like that headed our way." As if that wasn't emotional enough, fans think it could happen when she walks down the aisle. "Well, you might," Fogelman said before adding, "You're not exactly right, but you could actually be in a place where something like that could happen."