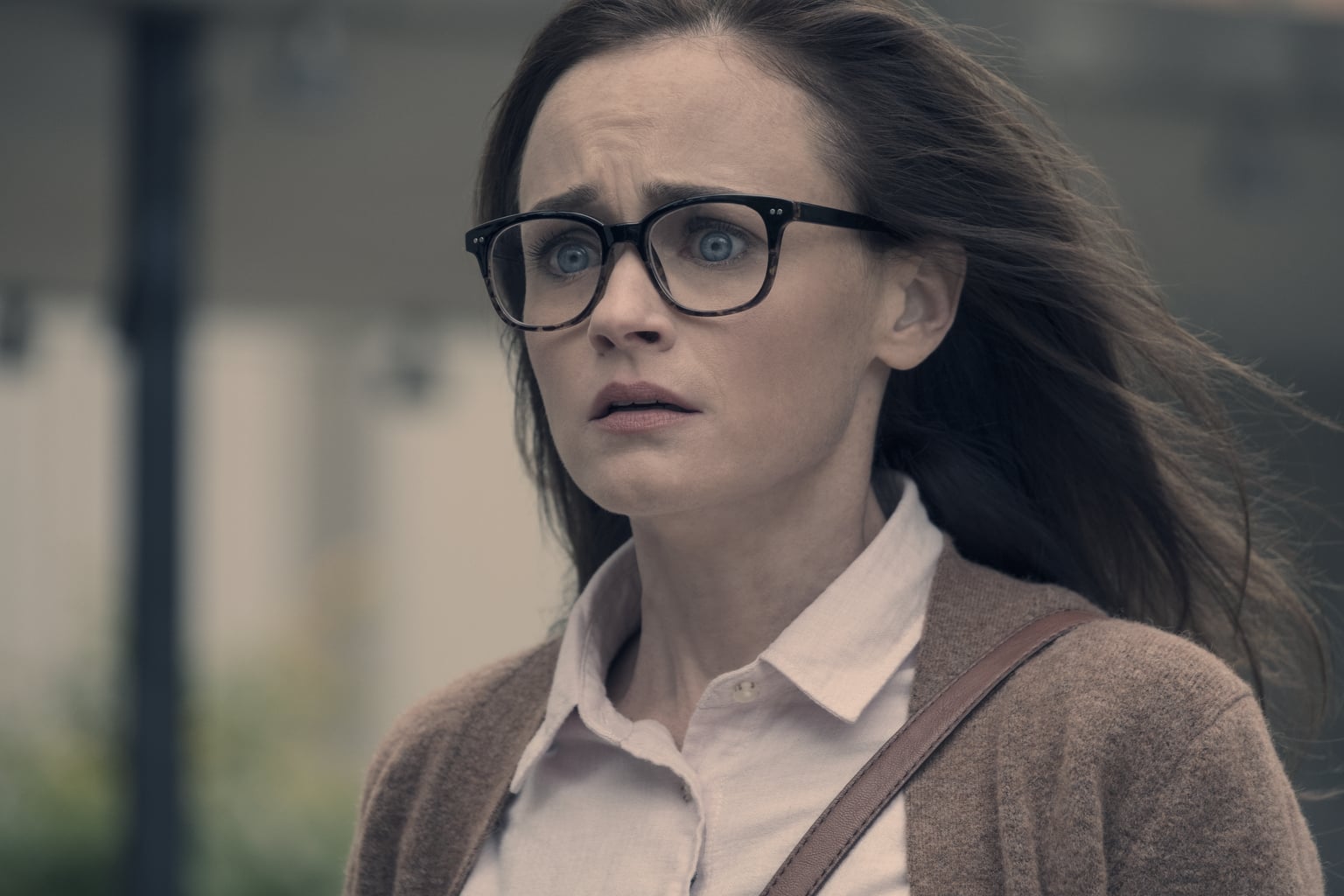 June isn't the only character we watched develop throughout the last season of The Handmaid's Tale. Intriguing characters abound in season one, but we aren't given much in terms of their backstories. This changes in the second season, as we learn more about Emily (Ofglen), played by Alexis Bledel.

From the first season, we know that Emily had been a college professor with a wife and a child, but that is all. In the new season, we find Emily in the Colonies, enduring grueling physical labor. Her memories of her life before Gilead finally give us a glimpse into what motivates her.

After a class she teaches, a student sees a picture of Emily, her wife, and their child on her phone. Emily's department head later pulls her aside explaining how she won't be teaching the following semester, because she has to be careful. She says to him, "They can't scare us back into the closet."

But scare them they do, as later on we see Emily discover her head of department hanging from their academic building, a cruel epitaph written underneath him. It is obvious something has broken within the country, and Emily and her family attempt to flee to Canada for sanctuary. Yet, when Emily shows their marriage certificate to the ICE agent at the airport, he tells her it is no longer recognized. He says it is forbidden by "The Law." In heartbreaking agony, she watches as her wife and child flee to safety as she is forced to stay behind.

This episode hits close to home for some of us in America. Many still struggle to have their relationships, their love, recognized and valued just as much as hetero relationships. Emily's unwavering dedication to her family, and her sacrifice of staying behind, shows that she is a force to be reckoned with. She is one we hope will survive the Colonies and continue helping MayDay bring down the regime of Gilead.