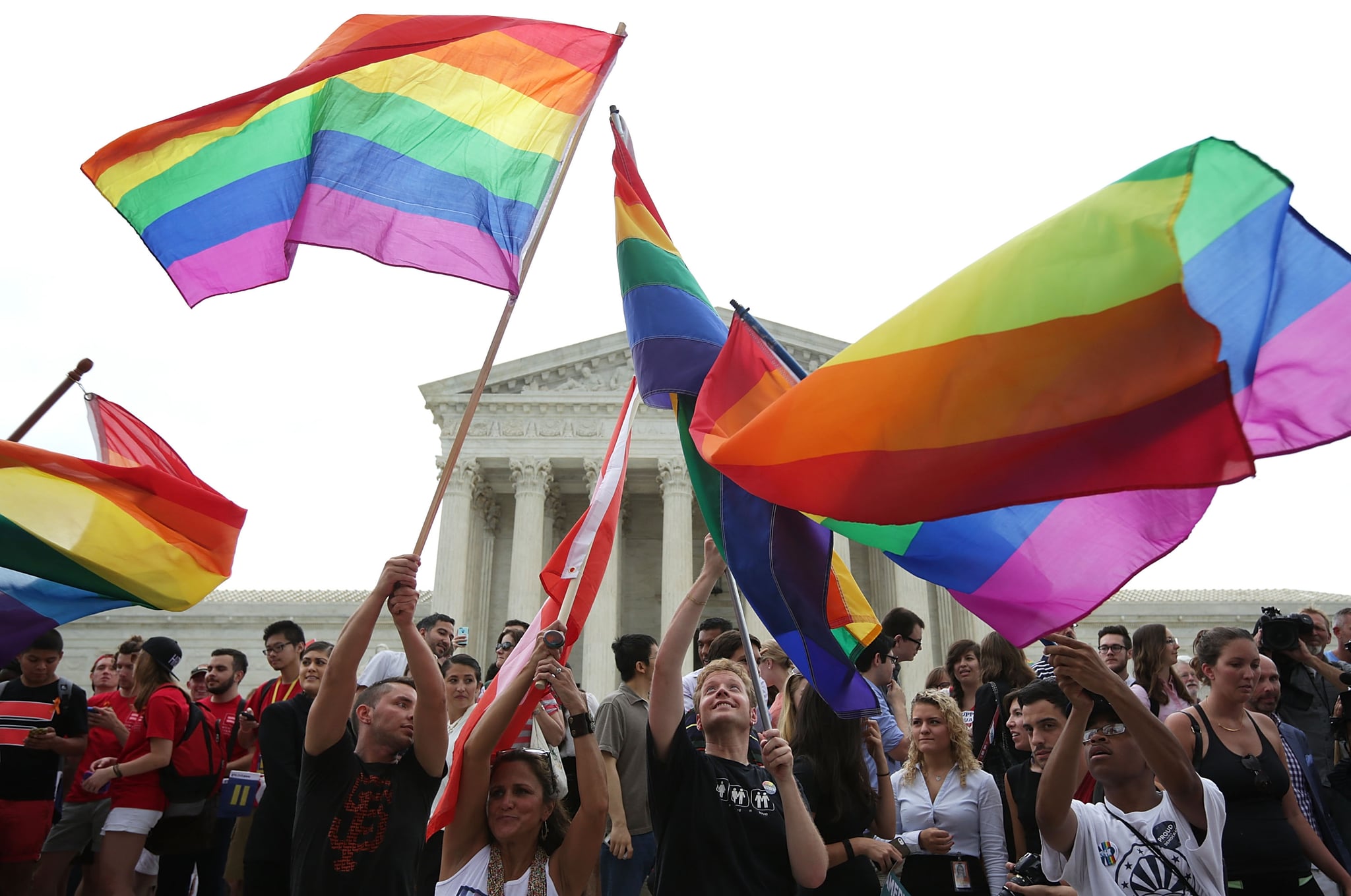 "No longer may this liberty be denied," Justice Anthony M. Kennedy wrote in the June 2015 Supreme Court decision that asserted a constitutional right to same-sex marriage. After decades of activism on both sides of the issue, proponents of marriage equality won this battle in the culture war, and emotional celebrations erupted across the country. Finally, love won and same-sex couples had equal dignity in the eyes of the law.

The Supreme Court decision lines up with the mood of the country. Public support for gay marriage is at an all-time high, according to a new Gallup poll. Today, 64 percent of US adults say it should be recognized legally. In just 20 years, there's been a dramatic shift. In 1996 the number was flipped, with 69 percent of US adults saying same-sex marriages should not be legally valid.

The victory for marriage equality has ended an entrenched form of discrimination in America. Yet the platform adopted at the 2016 Republican National Convention shows that many in power would turn back the clock if given the chance. The official platform called for a constitutional amendment overturning the 2015 Supreme Court ruling, said adoption agencies, doctors, nurses, and other healthcare professionals should be able to deny services to LGBTQ citizens, and supported "gay conversion therapy." The choice of Mike Pence as Vice President — who rose to national prominence with his extreme anti-LGBTQ positions in Indiana — should also leave you wondering: are gay rights safe under the Trump Administration? Not completely. With Pride Month on the horizon, now is as good time to remind LGBTQ Americans and their allies that we must stay vigilant. 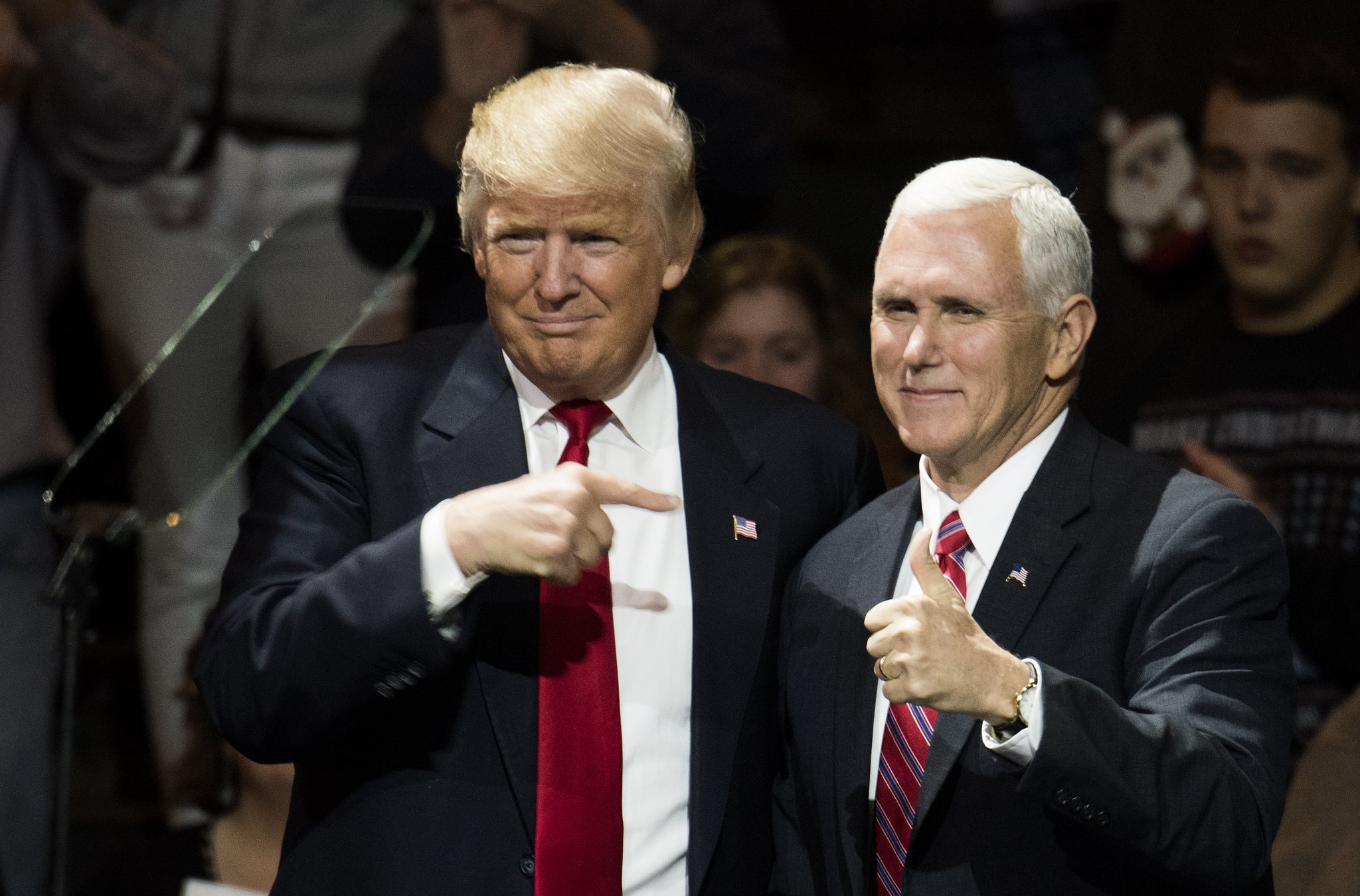 Same-Sex Marriage Is the Law for Now

Here's some good news. While President Trump has the power to appoint conservative federal judges, that might not be enough undermine the right to same-sex marriage quite yet. "Public support is important," explains David Cruz, a law professor at the University of Southern California. "US history suggests that courts interpreting the constitution — including the Supreme Court — do not deviate too dramatically from public opinion for prolonged periods of time." In other words, if public support for gay marriage is a given, there's a high chance the courts won't get in the way.

Given this reality, Cruz believes the right of same-sex couples to get married is not in immediate danger. The Supreme Court would have to overrule its previous precedent, which rarely happens. But Cruz says it could if Justice Anthony Kennedy, who wrote the marriage equality decision, was to retire and be replaced by a strongly anti-LGBTQ judge. For now Neil Gorsuch's appointment to the Supreme Court by itself won't change things, since he replaced Justice Antonin Scalia, who dissented from the marriage ruling in the first place.

A constitutional amendment defining marriage as between a man and a woman could also undo the 2015 Supreme Court decision. While it was proposed in the GOP platform, Cruz doesn't see it happening any time soon, either. It's not easy to amend the constitution — it requires two-thirds of each house of Congress and approval from three-fourths of the states. Such an effort was unsuccessful during the George W. Bush era, which Cruz calls the height of the gay marriage scare. So it would be harder today. Rather, politicians are likely posturing when they discuss an amendment, rather than proposing realistic policy. Considering this, it's likely imminent threats to LGBTQ rights will come in less explicit forms.

Gay marriage rights may be settled law, but the fight isn't over. Legal experts like Cruz believe sweeping religious-exemption laws are a greater threat than court decisions. Many state religious exemption laws permit people, churches, nonprofits, and sometimes corporations to receive exemptions from laws that "burden" their religious beliefs. These types of law make it legally acceptable to discriminate against LGBTQ people.

These types of law make it legally acceptable to discriminate against LGBTQ people.

"Scores of bills have been introduced in state legislatures, and there's also the proposed federal so-called First Amendment Defense Act," Cruz explains. The latter would prohibit the federal government from taking action against any business or person that discriminates against LGBTQ people (and anyone who has sexual relations outside of marriage for that matter) for religious reasons. These types of "religious liberty" laws could also trump existing state and local laws that forbid discrimination based on sexual orientation or gender identity. "Many of these bills are likely unconstitutional," Cruz notes, "but if passed, we'd need to see judges continue to stand up for separation of religion and government and for equal protection for LGBTQ people." And that's where the real threat of Trump comes in. Trump has the power to appoint judges from the Supreme Court on down to the federal trial judges who would be hearing these religious exemption cases.

Professor Tia Gaynor, who researches public administration at Marist College, agrees that LGBTQ Americans could be negatively impacted by a more socially conservative agenda under Republican leadership, even if same-sex marriage remains the law. She points to Trump's recent Executive Order Promoting Free Speech and Religious Liberty as laying the groundwork for what may come. While the order was largely symbolic, it signals how lawmakers might roll back protections for LGBTQ Americans under the guise of religious freedom. "Some may take these religious freedom protections to mean that they can discriminate against individuals who identify as LGBTQ without any repercussions. Even if there are consequences for these organizations, they are not immediate, where the trauma associated with being discriminated against is."

Some federal laws, like the Affordable Care Act, do have built-in provisions forbidding discrimination based on sexual orientation or gender identity. Yet agency staff and judges appointed by Trump could interpret those protections as narrowly as possible. And Congress could eliminate those regulations with an Affordable Care Act repeal law. LGBTQ Americans have long faced hurdles to getting fair and adequate health care, so turning back the protections of Obamacare could do real harm.

Related:
How Much Worse Can It Get When a Capitol Staffer Calls LGBTQ Youth "Cross-Dressers"?

Voting is the first step, especially in those off-year local races.

"The evolution of public opinion around marriage equality is very important toward maintaining rights for couples wishing to marry," Gaynor stresses. She says holding elected officials accountable is the most important role the public can play. Voting is the first step, especially in those off-year, low-profile state and local races. It's in local jurisdictions where religious liberty laws or "bathroom bills" are being passed. Gaynor says progress "requires the public to be aware of how local, state, and federal representatives vote and where they stand on issues critical to the LGBTQ community." She suggests interacting with representatives on a regular basis and believes that simply contacting them on social media is an effective way to hold them publicly accountable.

In the age of Trump, it can be exhausting to keep up your outrage and activism on a wide range of issues. But now isn't the time to assume politicians finally "get it" on LGBTQ rights. Gaynor sums it up: "The way I see it, as long as the public is largely silent, yet privately supportive, with or without laws, the discrimination and marginalization of the LGBTQ community will persist — and perhaps in this Trump Era grow." We can't let that happen.