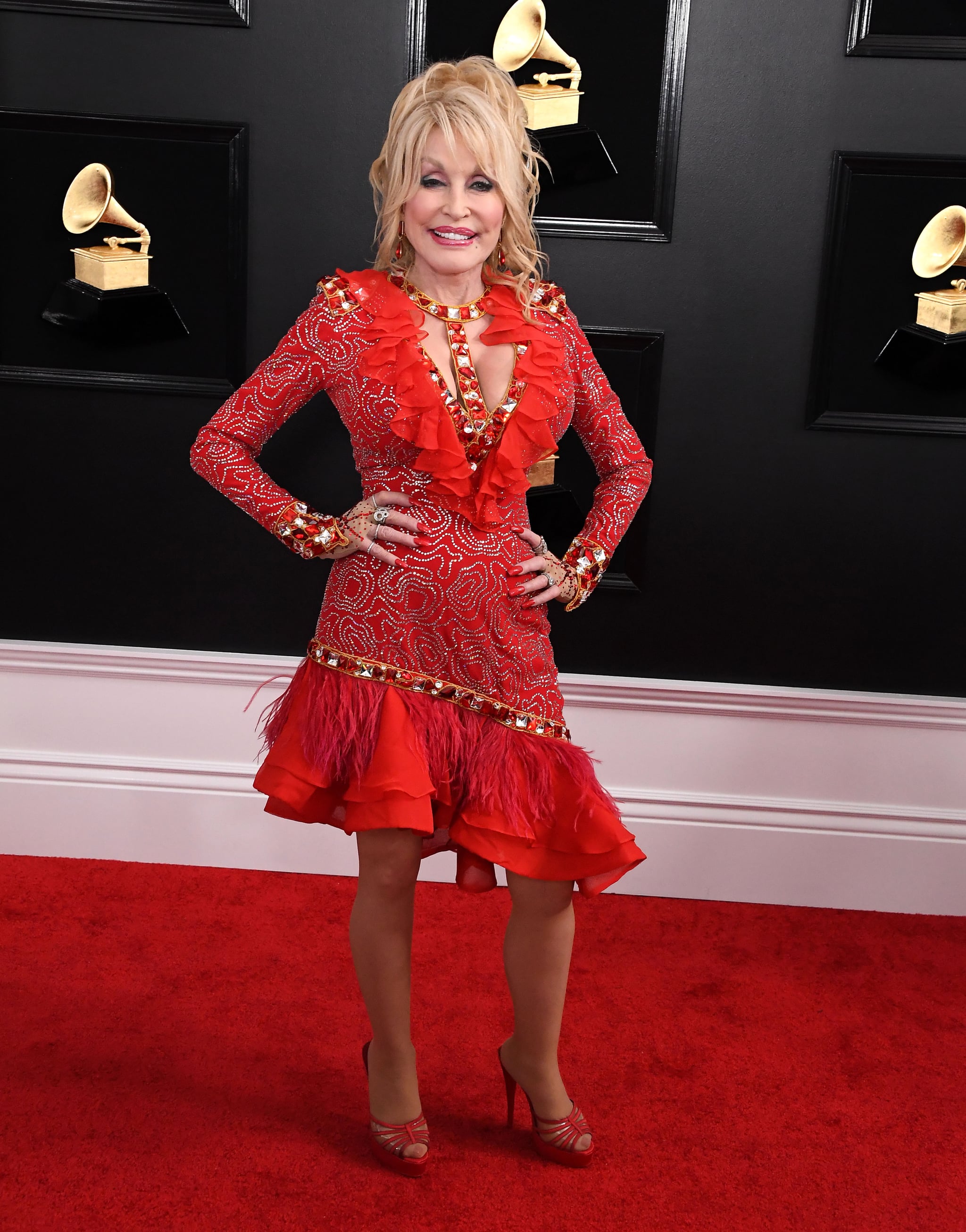 Music legend Dolly Parton has been having a resurgence of sorts lately. At this year's Grammy Awards, she was honored with a huge tribute that included goddaughter Miley Cyrus, Little Big Town, Katy Perry, and a slew of other artists (plus she took the stage herself!). Parton's next move is a new venture for her: creating a Netflix miniseries. Heartstrings, set to debut later in 2019, is already shaping up to be a buzzy series. We've rounded up everything we know so far about the show!

According to Variety, Heartstrings will be an anthology series with eight episodes. Each episode, which will be a standalone story with a totally different cast and setting, will also be based off one of Parton's iconic songs — yes, including "Jolene." For the most part, this music-based concept is the only thing connecting the episodes. However, Parton herself is also slated to fill a connecting role: she will appear in every episode in some way. In some episodes, she may have a role in the actual story; for others, she will simply host an introduction to the episode. Variety also reported that "each episode will begin with an introduction by Parton talking/singing to camera about the meaning behind each song."

The Hollywood Reporter has the basic synopses for each of the eight episodes, and they range in style and even genre. One episode, named after Parton's famous hit "Jolene," follows a singer-songwriter longing to get out of a small town. Others have historical settings, from the 1880s to the 1940s and more. Some episodes appear to be mostly comedies, while others are more dramatic. The one common thread is Parton's music and her desire to dramatize the stories and themes behind the songs.

Unlike other anthologies like American Horror Story, where the same actors cycle through several stories and play different characters in each new "universe," Heartstrings will have a different cast for each of its eight episodes. The biggest news, as reported by The Hollywood Reporter, is that Julianne Hough will star in the "Jolene" episode — alongside Parton herself. Hough plays Jolene, "a flirtatious free spirit who wants to escape her hometown of Coventry, Georgia, and become a singer-songwriter," while Parton will appear as Babe, "a 'force of nature' and the owner of Baby Blue's, a honky-tonk known for its scantily clad servers and eclectic crowd. She looks after all her waitresses but feels especially close to Jolene."

Other episodes will star Once Upon a Time vets Ginnifer Goodwin and Colin O'Donoghue (sorry, not in the same episode!), Scandal's Bellamy Young, and Oscar winner Melissa Leo. The cast also includes several young stars and newcomers to the TV world.

Each episode of Heartstrings is inspired by a Parton song, but no word yet on how the songs will fit into the structure. They may be performed in some episodes — casting musically-inclined actors like Hough would seem to indicate this is the case — but there has been no official announcement either way. As the series gets closer to its debut, more details are sure to arrive!