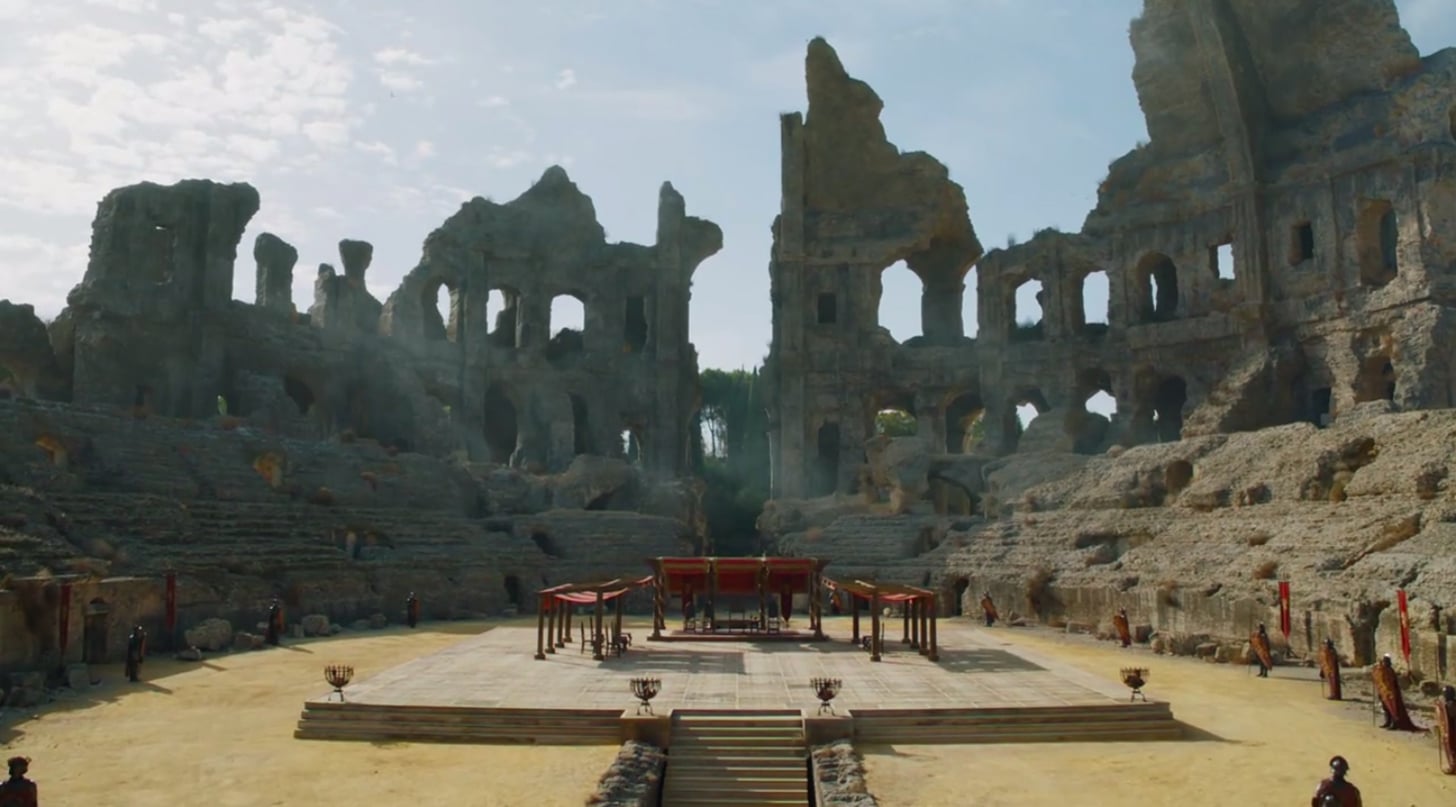 In Game of Thrones' season seven final episode "The Dragon and the Wolf," main players Cersei Lannister, Jon Snow, and Daenerys Targaryen finally meet face to face in the hopes of calling a truce and banding together to fight the Night King and his undead army. This meeting was held in a significant place: the dragonpit.

The dragonpit is located in Kings Landing on Rhaenys' Hill and was essentially used as a stable for the Targaryen's dragons. It was ruined in the Dance of the Dragons, which was 170 years before the War of the Five Kings. A riot broke out after King Viserys I died because his daughter Rhaenyra and his son Aegon II were battling to inherit the throne. Both sides had dragons, so in the end, five dragons were killed in the civil war. Rhaenyra lost and was fed to a dragon, but Aegon II also died months later from his wounds. Aegon III then inherited the throne.

Related:
Jon Is Actually the Latest in a Long Line of Aegon Targaryens

Daenerys describes the dragonpit as "the beginning of the end" for her family since the dragons that were locked up there became smaller due to being confined. "They wasted away. They grew small and we grew small as well," she explains to Jon Snow. She goes on to say her family also lost their power without the dragons, which is especially interesting since we saw back in season four that Daenerys felt the need to lock up her dragons, Rhaegal and Viserion.

So why did Cersei decide to hold this meeting at the dragonpit? The ruins of this dragonpit are a reminder that, yes, dragons are extremely powerful, but man has also been able to destroy them. Although Cersei doesn't know before Daenerys arrives, she notes after that she seems to be down a dragon. We did just experience the death of Viserion, so if anything, the dragonpit should be a reminder to Daenerys of how important the dragons are to the Targaryen family. If Daenerys doesn't watch out, history could repeat itself.