Wow, Captain Marvel is so focused on the humans. Everything is, like, Brie Larson this, and Samuel L. Jackson that. But we've got our sights set on a much smaller (and much furrier!) kind of character. A little tabby cat! But there's so much more to this little guy than meets the eye. In fact, it's not really a cat at all.

As we're sure you've already seen in the trailer — or in the film itself, since it's finally out! — Captain Marvel's cast includes Goose, which is the name the adorable faux-cat goes by. That's a prime '90s reference, one of many in the film, since it takes place in 1995. (If you don't know, "Goose" is a reference to Top Gun.) In this part of the Marvel Universe, Goose is what's known as a "Flerken." They're a race of aliens that just so happen to look like the average house cat. According to the Marvel Wiki, they "could lay up to 117 eggs and possessed a myriad of tentacles that could extend from their mouths. Their bodies also held pocket realities, bubbles of space and time that existed in other worlds." Um, wow. Casual.

On top of all that, whenever Goose decides his pals — Nick Fury, especially — are in trouble, he can open his mouth incredibly wide to reveal a GIANT, gaping, mouth filled with said tentacles, as well as razor sharp teeth. Over the course of the film, Goose drags a number of foes to their deaths and into his mouth, but he also happens to swallow something both familiar and important to fans of the MCU for safekeeping: the Tesseract. 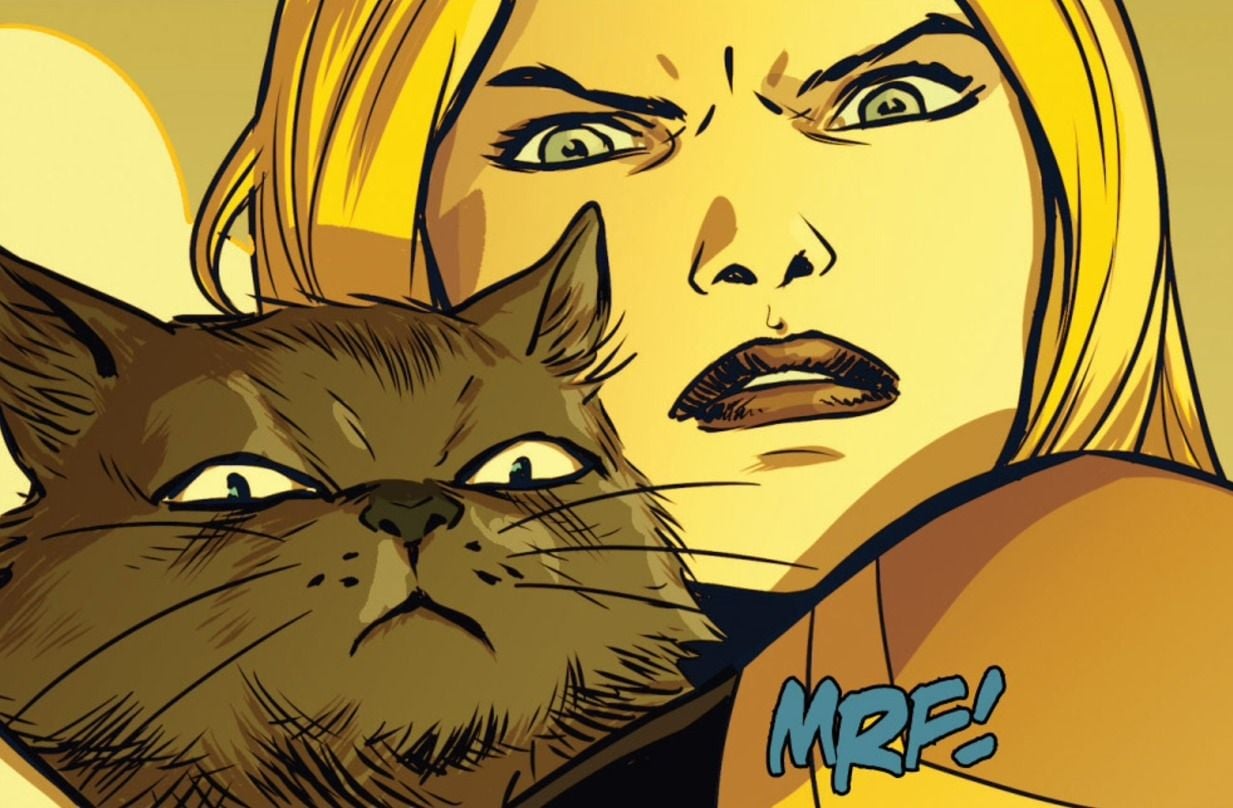 But during a trip to the Captain Marvel set over the Summer, we happened to learn a few more things about Flerkens that you wouldn't necessarily know just from watching the movie. For instance, they're utterly helpless when they're muzzled.

Our Summer set visit actually happened to land on a very fortuitous day. All of the day's scenes involved the cute character, which was created half using digital effects, half using cat actors. We learned that there were four different cats used to create Goose, and they're all identical-looking tabby cats. Their names are Gonzo, Rizzo, Reggie, and Archie. Seriously, you can find them on the official Animals For Hollywood website, which I have graciously tracked down for you. Each respective kitty serves a different purpose: one is for looks, one is for "paw batting" (yep), one is for running, and the last, if I remember correctly, is good for rubbing against legs.

During one scene, we watched as they recruited Reggie (the runner) for the corridor trot. First, they walked him along the route. "He likes to run along as he learns his route," the cat wrangler said. There were two cat wranglers, actually. For this shot, the day's female wrangler stood at one end of the corridor, the beginning, and the male wrangler stood at the other. He had some sort of loud clicker that told the cat when and where to walk.

In another scene, Samuel L. Jackson interacted with a stuffed version of Goose, presumably to be animated later. In one part of the scene, we watched as he removed the aforementioned muzzle from the doll. In another, he spoke directly to it: "I'm going to pick you up now, and I'm trusting you not to eat me."

To be honest, we still want to cuddle Goose, tentacles and all.