A few weeks ago, news broke that the new live-action Beauty and the Beast would feature its first openly gay character. The film's director, Bill Condon, confirmed the info in Attitude's April issue: "LeFou [Josh Gad] is somebody who on one day wants to be Gaston [Luke Evans] and on another day wants to kiss Gaston . . . [it] has its payoff at the end, which I don't want to give away. But it is a nice, exclusively gay moment in a Disney movie." While the announcement led to inevitable backlash from some, others called into question this claim that LeFou would be Disney's "first" openly gay character. Let me tell you, after seeing the film, the skepticism was well placed. In fact, not only is LeFou decidedly not an openly gay Disney character, but the "exclusively gay moment" hardly earns that distinction.

Before we dive into the minutiae of the problem, let me explain how this "exclusively gay moment" goes down. The first thing the film attempts to do is establish that LeFou is attracted to men. The musical number "Gaston" does the bulk of the legwork here, giving LeFou effeminate dance moves and mannerisms. At one point, he hugs Gaston a little too tightly for a little too long and asks, "Too much?" Finally, at the end of the song, Gaston asks why LeFou hasn't been snatched up by a woman, he says, "I've been told I'm . . . clingy." Which seems like a non sequitur.

The filmmakers felt the need to introduce a second gay character, but who? After all, Gaston is an unattainable heterosexual man who would never in a million years return LeFou's obvious affection. This means his only option is another person in the town: Stanley, one of the bar patrons that LeFou mentions by name while singing. Stanley is already clearly designated as a "gay" character in the most shallow sense. He's better looking than all the other patrons, his hair is perfectly coiffed, and he's immaculately dressed, complete with a neck scarf flourish.

Hm, which one of these men could Stanley be?

To further "confirm" Stanley's sexuality, we get another moment during the epic fight scene at the end when the townspeople descend on the castle and clash with all the enchanted furniture. Madame de Garderobe, the opera singer who has transformed into a wardrobe, attacks the same three men by covering them in an avalanche of clothing, ribbon, and wigs. As a gag, the trio is suddenly glammed up in flawless makeup and full ballgowns. While two of them men are upset by the drag, Stanley is visibly thrilled, so much so that he strikes a sassy pose. Madame Garderobe encourages him to go forth and proudly be himself, in so many words. Stanley trots gleefully down the stairs and exits the castle.

So when does our "exclusively gay moment" happen? At the very end, there's a ball to celebrate the "happily ever after" of Belle and her prince. We can see LeFou has a female dance partner on the dance floor, but everyone switches and he winds up dancing with Stanley. The two look at each other, for a beat, and then we cut to another couple. That's it. Are you sensing any problems here? Allow me to make a few statements:

The issue is that Disney believes these are proper ways to establish sexuality and romance between characters. In reality, an individual's homosexuality is not confirmed unless they explicitly mention their romantic attraction to individuals of the same gender. Before you suggest there's no place for something like this in a Disney movie, consider how freely Gaston voices his attraction to Belle. Why doesn't LeFou ever admit he's attracted to Stanley, or vice versa? Are they even attracted to each other, or are they just shoved together because they're both gay? Why, when Gaston asks about his experience with women, doesn't he somehow suggest he's never been romantically inclined toward them? Why couldn't LeFou and Stanley peck on the lips or say something undeniably gay in their "exclusively gay moment" together?

In reality, Disney has left the moment and the characters' sexual identities buried in the subtext. And this is not groundbreaking representation for the LGBTQ community. In fact, as the internet has duly noted, there are plenty of implicitly gay characters in Disney history. Judging by how groundbreaking they thought this whole ordeal would be, though, we're quite far from a Disney character who exclaims, "I'm gay!" and kisses another same-gendered Disney character. Strap in, it's going to be quite a while before our gay "happily ever after."

Music
Christine and the Queens: Pop Star Undefined
by Chris Roney 17 hours ago 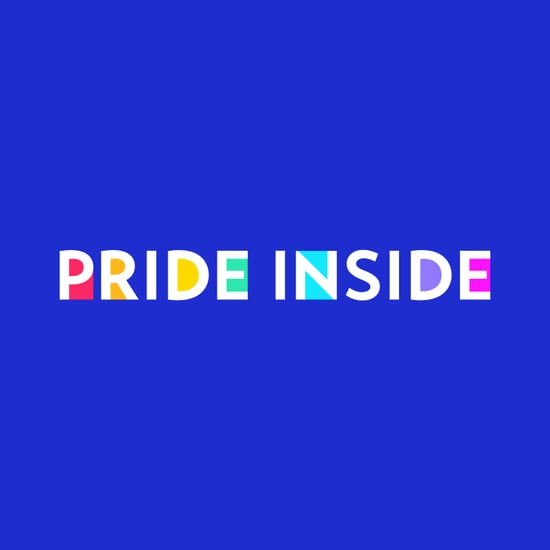 LGBTQ+
Pride Inside: Forging Community and Celebrating Identity While We're Apart
by Maya Berry 20 hours ago

Staying Home
These Pride Zoom Backgrounds Are Fun, Free, and Ready For a Celebration
by Haley Lyndes 21 hours ago