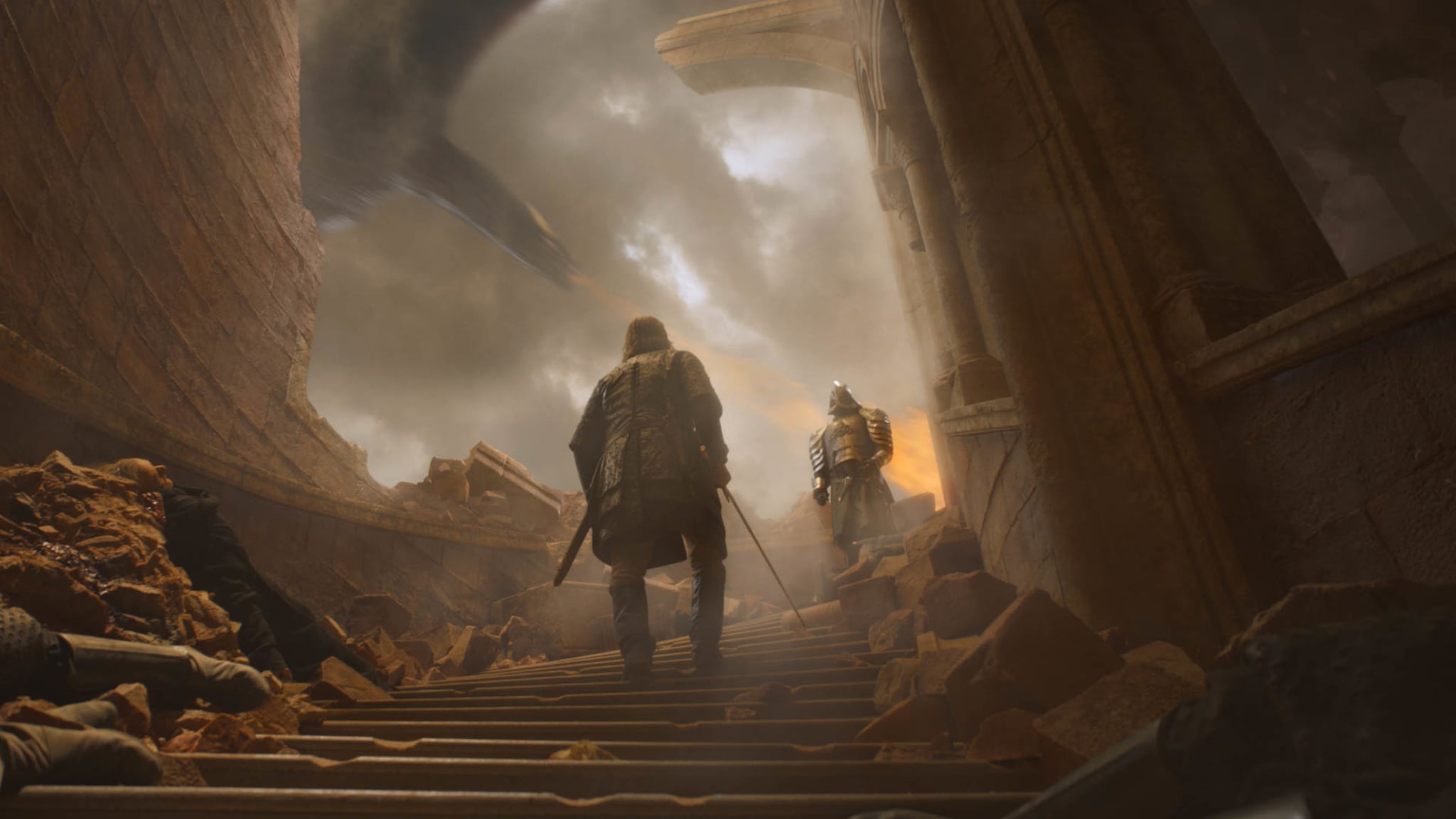 One of the most anticipated showdowns of the final season of Game of Thrones has been "Cleganebowl," the long-awaited showdown between the Clegane brothers, Sandor and Gregor (better known as the Hound and the Mountain). On the show's penultimate episode, the brothers finally came face to face in an intense fight during the battle of King's Landing that saw the Mountain survive . . . a lot! Even with all the Hound's skill (and anger), his brother seemed nearly indestructible, and when he removed his helmet, what lay beneath it was deeply disturbing. So what happened to the Mountain?

Back in season four, Oberyn Martell fights the Mountain in Tyrion Lannister's trial by combat. Although the Mountain kills Oberyn in an infamously gruesome way, the Dornish prince gets his vengeance, too. During the battle, he manages to cut the Mountain with his spear, which he had poisoned with manticore venom in hopes of getting his revenge on the man who had raped and killed his sister and her children years ago. The Mountain is slowly and painfully dying, and Qyburn has to work hard to save his life.

Related:
Game of Thrones: The Story Behind the Hound's "Little Bird" Nickname For Sansa

The experimental maester is ultimately successful in saving the Mountain, but whatever mysterious procedure he performed changes the knight forever. He's physically altered and rarely, if ever, speaks anymore. In fights, it becomes clear that he somehow has nearly superhuman strength and endurance. He wears his armor at all times, and only glimpses of blue-tinted skin and red eyes are visible.

When his brother Sandor finally confronts him, his helmet is knocked off and his true face — bruised, purplish, and thoroughly icky — is revealed. No matter what the Hound does, though, it seems like the Mountain cannot die; that is, until both brothers plunge headlong off a wall and into the burning remnants of the city. We'll never know exactly what dark science or magic Qyburn used to resurrect the Mountain, but whatever it was turned him into something that was beyond human in the end.