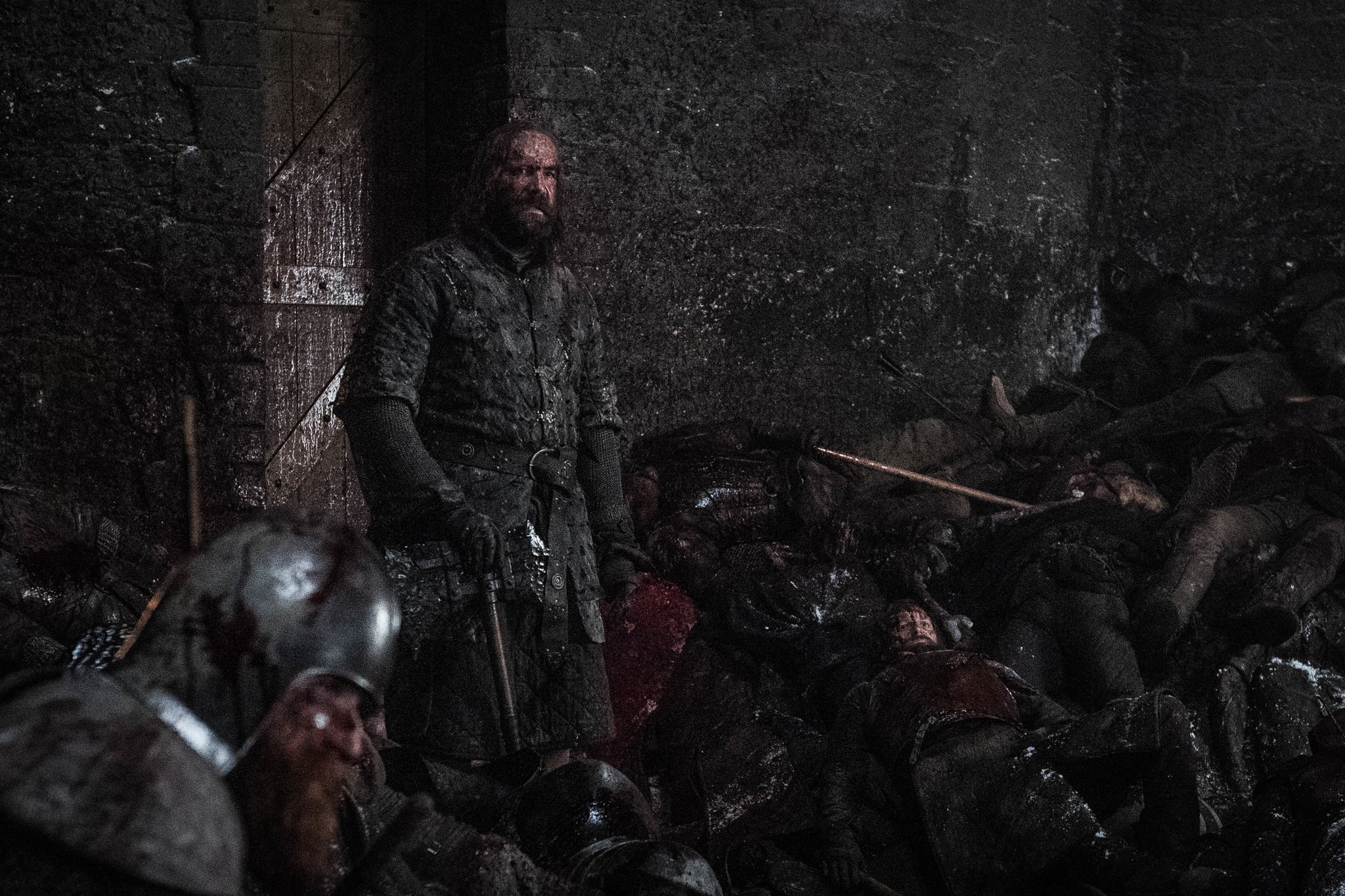 Warning: Serious Game of Thrones spoilers ahead. Proceed with caution.

Game of Thrones's Battle of Winterfell was, as expected, a literal battle of ice and fire, with the icy forces of the Night King coming up against the fiery defenses mounted by the Stark and Targaryen army and their allies. Many of the characters fight with literal fire, courtesy of Melisandre's magic lighting up the swords of the Dothraki and the perimeter of Winterfell itself. One character, though, had a pretty hard time with it: the Hound. There's actually a really good reason why the usually tough character was so freaked out.

The Hound, whose real name is Sandor Clegane, tells Sansa in season one how he suffered a traumatizing event when he was only a child. Sandor has an older brother, Gregor Clegane (aka the Mountain), who is even more violent and brutal. When they were children, Sandor picked up a toy that Gregor had discarded and began playing with it himself. This enraged the short-tempered Gregor, who overpowered his little brother and held his face to a lit brazier (a lamp filled with oil to burn). Although the family's servants arrived and put a stop to the torture, Sandor was already scarred for life, both physically and mentally, and the incident sparked his lasting hatred of his brother. Since then, he's had massive scars from the severe burns all down the right side of his face. And, as a completely understandable side effect, he has an equally massive fear of fire.

Related:
Will the Long-Awaited Cleganebowl Ever Happen on Game of Thrones? Here's What We Know

It's for this reason that the Hound is less useful than usual during the Battle of Winterfell. He's fine at first, battling the White Walkers alongside the rest of the army, but when the fight comes to the courtyard of Winterfell, with fire everywhere to help hold off the Walkers, he understandably panics. It's left to Arya, his former enemy turned tentative ally, to hold their ground and save his life with a timely fiery arrow, which is probably why when Arya is in trouble later in the episode, he snaps out of his stupor to help her get to safety.

It's a good thing that fire is only a necessary weapon against the White Walkers, because the Stark-Targaryen army is going to need every man they can get in the next leg of their war: marching to King's Landing to finally confront Cersei.