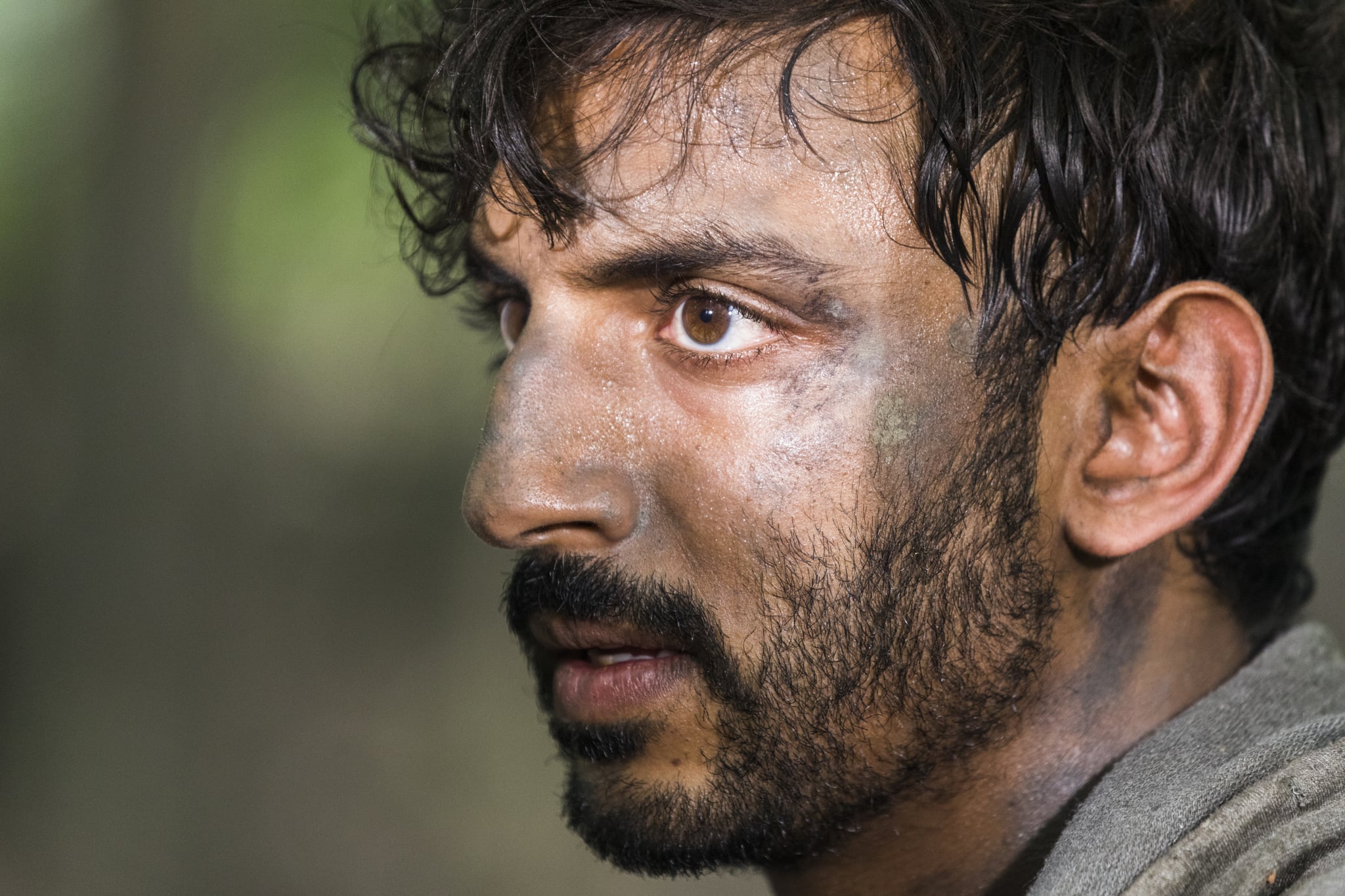 Siddiq has now appeared in two episodes of The Walking Dead, and neither of them really lets us know what to expect from the character going forward.

Is he actually such a righteous figure that believes in honor and duty (as much as those qualities can pertain to zombie slaying, at least)? Or is he just running some elaborate, patient game on Carl — and, by extension, Rick and the whole community of Alexandria — by pretending to be a mercy man for all these undead zeds?

Given Carl's scattered track record of good decision-making, we might be tempted to think it's the latter and that his impending arrival to Alexandria will spell grave peril for them all. Because, yes, trusting some slippery spy just because his daddy said not to is definitely something Carl would do, even if he does get the three-question series right.

If we look to the comics' version of the character, though, there might be a few clues for what we can expect and put our minds at ease about Siddiq's true intentions. Let's take a look back on what happened to our new, soft-spoken pal in written form.

Siddiq is first introduced on paper long after the war with the Saviors, which means his arrival is a bit premature on the show. But like his onscreen counterpart, he does appear to be similarly handy with mini-construction projects — like all those walker traps in the woods — which is definitely a quality seen in the comics' version of the character.

Although Rick is loathe to trust him in the comics, too, especially after the escape of Negan from their custody, he does send Siddiq on a mission to recruit new allies from the Oceanside community — where he'd once belonged — to fight the Whisperers. (He's unsuccessful, and many allied lives are lost, including a pregnant Rosita.)

Siddiq eventually takes off with Eugene and some other characters to head north to Ohio on a rescue mission for a character named Stephanie, who's been in contact with Eugene by radio. 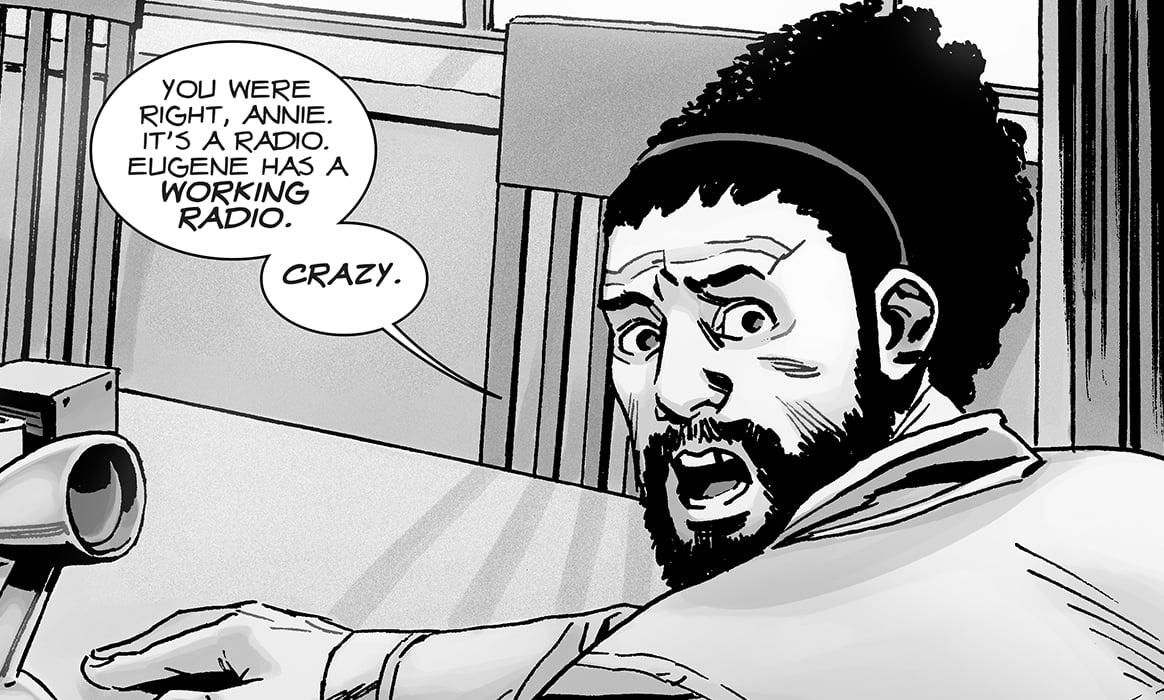 Along the way, after Eugene saves his life, he's forced to admit to Eugene that he and Rosita had fallen in love behind his back and that the little one she was carrying belonged to him.

(Just like in the show, Abraham has predeceased Rosita. Unlike the show, she's struck up a relationship with Eugene in his wake. That's when she finds her way into Siddiq's arms before the Whisperer War, as Siddiq later admits.) 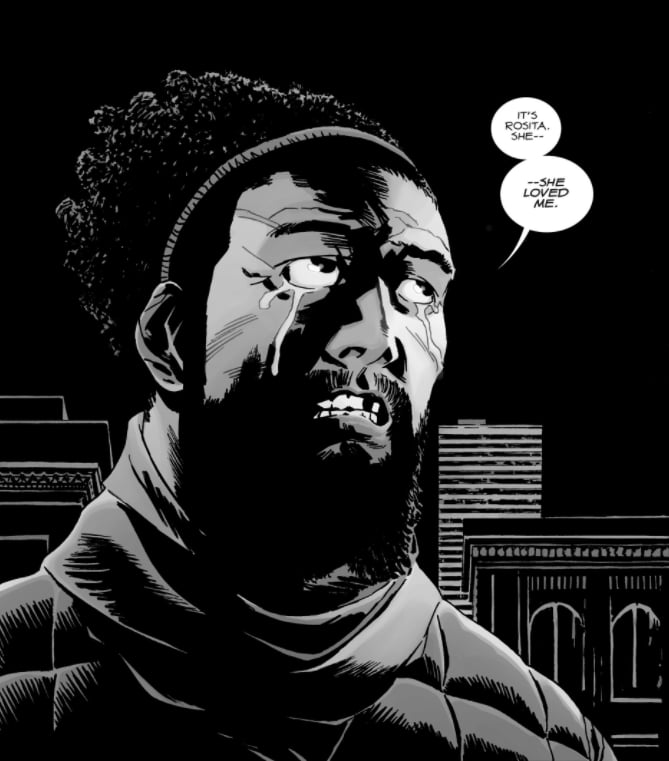 The good news for him is that Eugene doesn't hold much of a grudge. After all, Eugene doesn't have a lot of moral high ground to stand on right now, considering Rosita was basically his best pal's girl and he's been whispering sweet nothings in Stephanie's ear all the while as well.

The two agree to let it all go, and at last check, Siddiq and Eugene have just made it through Pennsylvania and onto Ohio, where they've come across the Commonwealth — yet another new civilization to contend with.