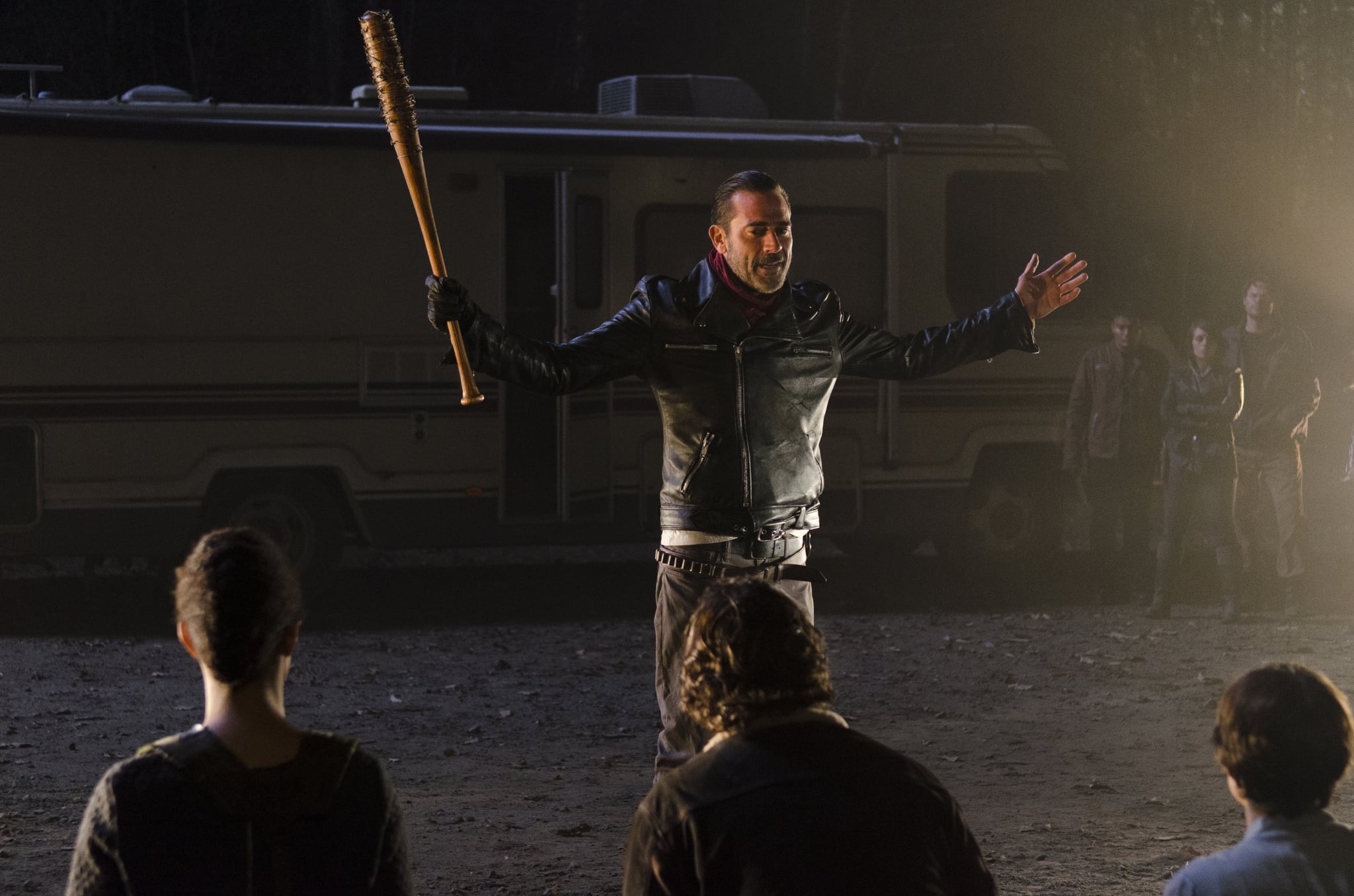 Negan has been an unfortunate plague upon season seven of The Walking Dead. First, we watched him kill two major characters in the season premiere: Glenn and Abe. In more recent episodes, several more people fall victim to his sadistic killing streak. While the whole season has been a gradual introduction to his world, we do know how the rest of Negan's storyline plays out in the comic-book series. The Walking Dead TV series has veered from canon before, so we can't assume all of this will really go down on the show, though a lot of it already has.

At this point, you have to know that in the comic books, it's Glenn who Negan mercilessly beats to death with Lucille. So after all that ugliness, Negan and a group of the Saviors head to the Alexandria safe zone to take a bunch of stuff from Rick's people. Carl ends up hiding in the truck with Negan's men on the way back (this happens slightly differently on the show), and when he's found out, Carl uses an assault rifle to kill a bunch of the Saviors. Rather than killing him, Negan takes an interest in Carl. He shows Carl around his compound, the Sanctuary, makes a stop to torment one of his many wives, and forces Carl to remove the bandage from his eye socket. Negan even lets Carl hold Lucille while he burns the face of a man his "wife" slept with.

Days later, Negan goes by Alexandria and is approached by Spencer Monroe when Rick is gone. Spencer tells him that Rick is a bad leader and that he (Spencer) should be in charge. Negan kills him on the spot for his cowardice — RIP Spencer. Negan and Rick butt heads one last time before he leaves Alexandria, and on his way back to his compound, Negan is attacked by Rick and his crew. Negan basically laughs in his face, and Rick realizes that he's surrounded by Negan's army. There's a scuffle, but Negan ends up back at the Sanctuary to prepare for "All Out War." (This is a big deal in the comics, and it's about where we are on the show currently.)

Rick is actually the one who initiates a fight with Negan and his men. He tells Negan to clear the space of women and children, and when Negan refuses, Rick and his men open fire. Rick's army takes out a portion of the walls, allowing zombies to pour in and flood the courtyard. In the heat of battle, Negan catches one of his men about to rape a woman from Rick's side. Negan stabs him and apologizes to the woman. Despite having several wives, Negan does not approve of sexual violence. Part One of the war ends with Negan's men bombing Alexandria with grenades.

Related:
The Walking Dead: Here's What Happens to Dwight in the Comics

The next day, Negan comes up with a plan to cover Lucille and all of his men's weapons in zombie guts. That way, whoever they hit will be instantly infected. They attack Rick's colony, and Rick ends up getting shot with an arrow. Negan and his men temporarily retreat, and when they go to take over Rick's people, Negan is shocked to see that Rick is still alive. Rick manages to convince him that they shouldn't be fighting; they should be pooling their resources to fight the zombies — then he slashes Negan's throat. Don't freak out; Negan doesn't die.

Two years later, Carl goes to the basement in an unknown house and talks to a shadowy figure about a girl who showed him her boobs. (I'm not making this up.) The man asks Carl if he still wants to kill him, and Carl says, "Yes, Negan. You know I do." He's been living in the basement for two years! He and Rick have some loaded discussions about mercy and why Rick is really keeping Negan alive. Negan ends up escaping with a character named Brandon Rose. He's still alive in the comics, but he's missing in action.

And there you have it! That's Negan's storyline as far as we know. Let's see how closely the show sticks to the books.