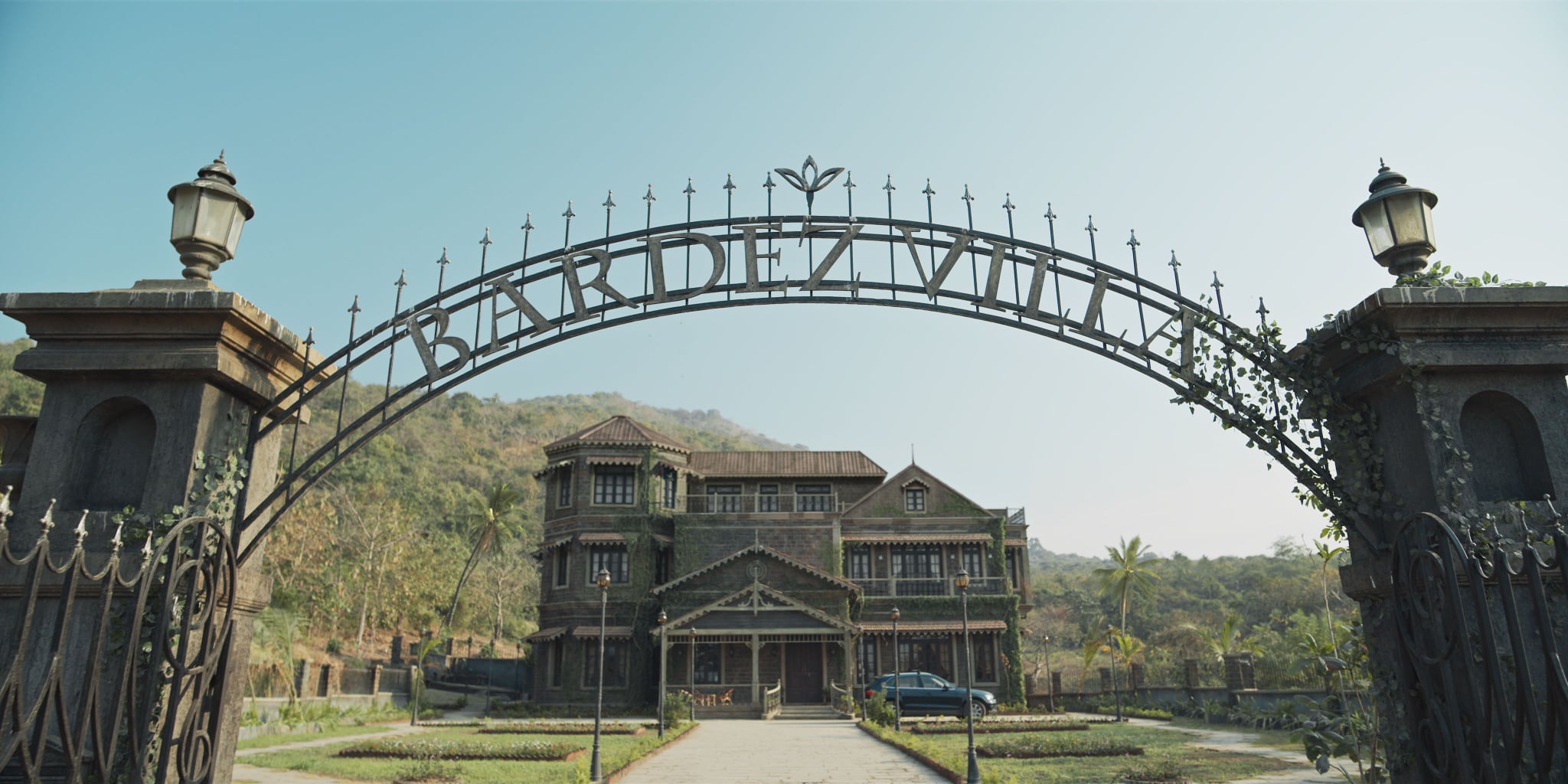 We ain't afraid of no ghosts . . . but Netflix's Typewriter just might change that. The Indian horror mystery, now streaming on Netflix, is already the subject of social media buzz for its downright terrifying tale of a haunted house and the mysteries that lurk there. Before you buckle in to scare yourself silly, here's what to know about the basics of the show.

The premise of the story is the stuff of horror stories everywhere. There's a haunted house in a coastal region of India that's reportedly home to a bunch of ghosts, and, of course, a trio of ghost-hunting friends set out to discover the truth. The three young friends, Sam, Bunty, and Gablu, decide to try to capture the ghost that supposedly lives there. Before they can get very far, though, a new family moves into the Bardez Villa — and that's when the real horror kicks in.

Over the course of the show's five episodes, the house's horrors keep escalating, and we start to understand what the significance of the show's opening sequence really is. Before we join the present-day characters, we meet an author, Madhav Mathews, who's writing his next book, with the eerie title The Ghost of Sultanpore, on a typewriter. His granddaughter Jenny finds him and tells him that she's frightened and she can hear a ghost crying in her room. Like a good grandfather, he helps her go back to bed and reassures her that his ghost stories are just fiction — but when they return to her room, he finds the real Jenny under the bed. In the present day, we learn that The Ghost of Sultanpore is something of a mystery now: the book was finished, but there's a legend that Matthews died of a heart attack when he had just begun to write it. That mystery is the initial driving force of the trio of kid characters, who dub themselves the "ghost club."

They discover that Jenny, now an adult, still owns the house and has just moved in with her husband, daughter, and son, thanks to her husband's new job transfer. While Anya, the daughter, does her best to blend in with the teenage crowd, her younger brother Nick is obsessed with ghost stories — specifically, his great-grandfather's famous book, which he reads despite his mother's frustration. His interest, naturally, means he gravitates right away to the Ghost Club and gets caught up in their "investigation." Sam's father is a police detective who, as you might expect, disapproves of the kids' snooping and wants them to stay out of trouble.

When Anya finds one of the movers in the attic trying to take away an old typewriter, she convinces her parents to keep it rather than let the mover take it. Later, though, Sam's father is called to investigate a dead man in a bar: that same mover. As he begins to investigate, the old-time bartender starts sharing some of the rumors and legends about Bardez Villa: the mysterious disappearance of Jenny's mom and a nanny, the strange happenings, and the rumors about what really lurks at the house. It launches us into a creepy, fast-paced ghost story that's packed with twists and turns.