It's been nearly two years since we were dropped into the complex, controversial, and always captivating inner life of Queen Elizabeth II and the rest of the royal family in season two of The Crown. Fortunately, Netflix's historical drama, which has been filming season three over the past year, is set to return this Fall. On Nov. 17, to be exact. Netflix revealed the news in true royal style, with a mock-up of the easel that's placed outside of Buckingham Palace to announce important royal births. 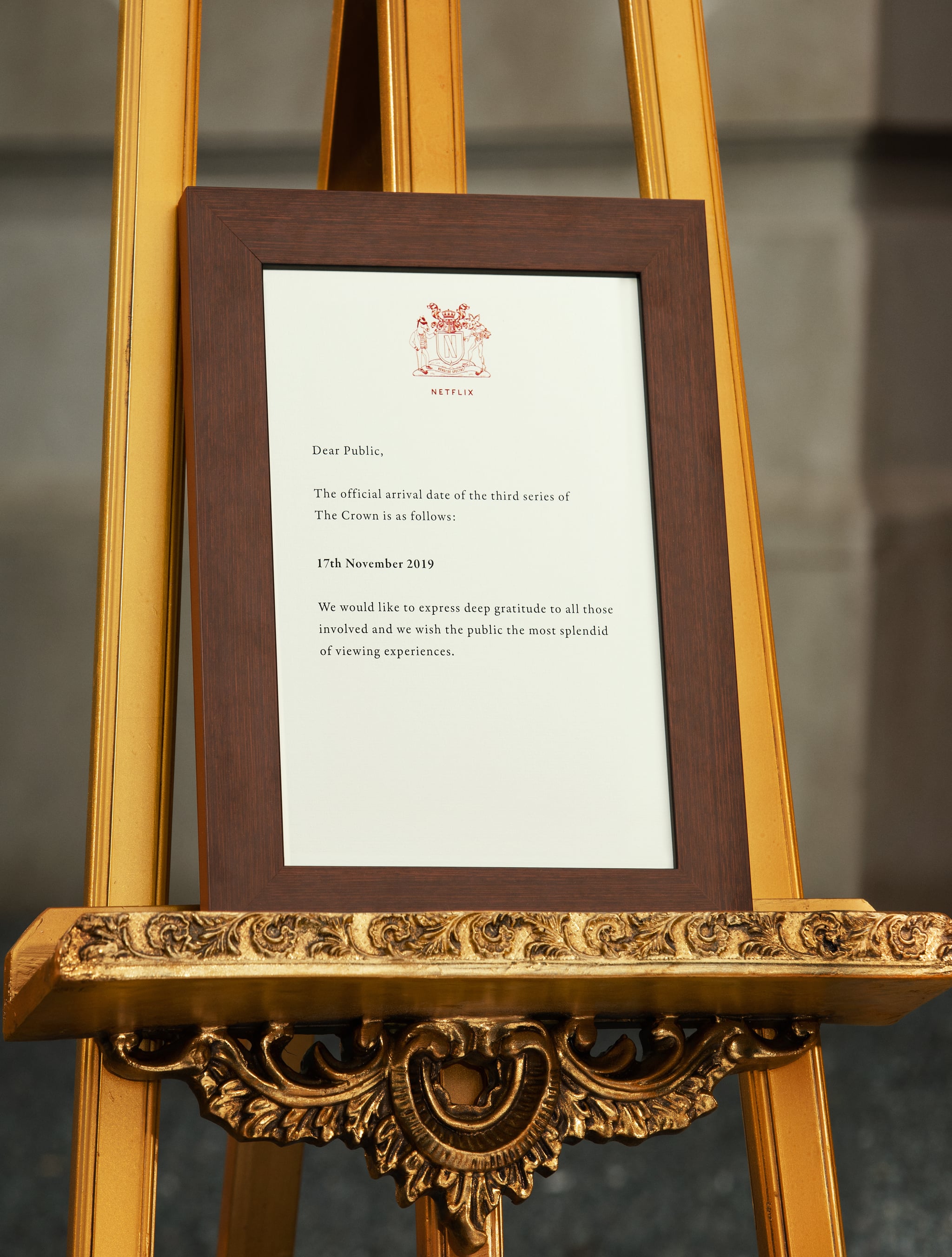 They also released a tiny teaser video, giving us a glimpse of Olivia Colman as Queen Elizabeth II.

We can't wait to see what the new cast will do with their roles — Colman will be joined by Tobias Menzies as Prince Philip, while Helena Bonham Carter will replace Vanessa Kirby as Princess Margaret and Ben Daniel will step in for Matthew Goode as Anthony Armstrong Jones. We'll also meet and older Prince Charles, played by Josh O'Connor. Sadly, we'll have to wait until season four for a glimpse of Princess Diana!