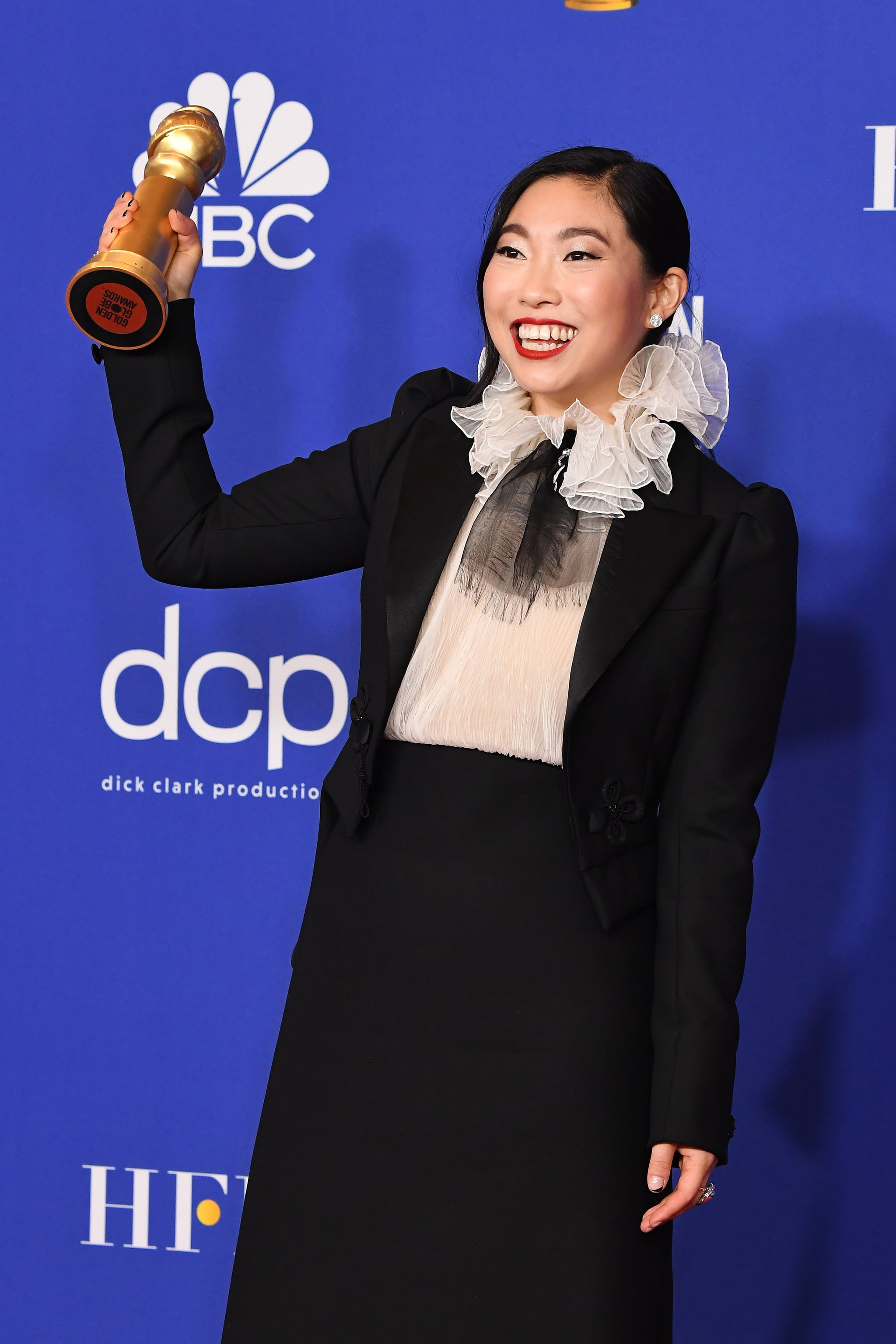 Awkwafina made history at the 2020 Golden Globes with her win for lead actress in a movie comedy/musical as the first Asian actor to ever win the award in that category. The actress and rapper, who is of Chinese and Korean descent, received the honor for her work on The Farewell, which tells the story of Billi (played by Awkwafina), a young Asian-American woman who discovers her grandmother has terminal lung cancer. Awkwafina's win comes a year after her former costar Constance Wu received a Golden Globe nomination in the same category for Crazy Rich Asians (ultimately losing to Olivia Colman) — the first nomination in the category for an Asian woman since 1974.

Awkwafina's historic win puts her in great company. At the 2019 Golden Globes, Sandra Oh won the award for lead actress in a TV series in the drama category for her role as Eve Polastri on BBC America's Killing Eve. It was not Oh's first time in the award season rodeo — she also won a Golden Globe in 2006 for supporting actress in a series, miniseries, or motion picture for TV, and earned five Emmy nominations for her role as Cristina Yang on Grey's Anatomy.

Oh isn't the first Asian actress to ever win a Golden Globe, though. In fact, she's not the only Asian actress who's won for lead actress on a TV series in the drama category — the first was Yoko Shimada, an actress of Japanese descent who won the category in 1981 for her work on the show Shōgun. Other past wins for Asian actors include British-Indian actor Ben Kingsley for best lead actor in a drama and best new actor (a now defunct category) in 1983 for Gandhi, Cambodian actor Haing S. Ngor for best supporting actor in 1985 for The Killing Fields, and Indian-American actor Aziz Ansari for best lead actor in a TV comedy or musical in 2018 for Master of None. Awkwafina's win still rings loudly, and rightfully so, given the obvious lack of representation for Asian people throughout the award show's history.