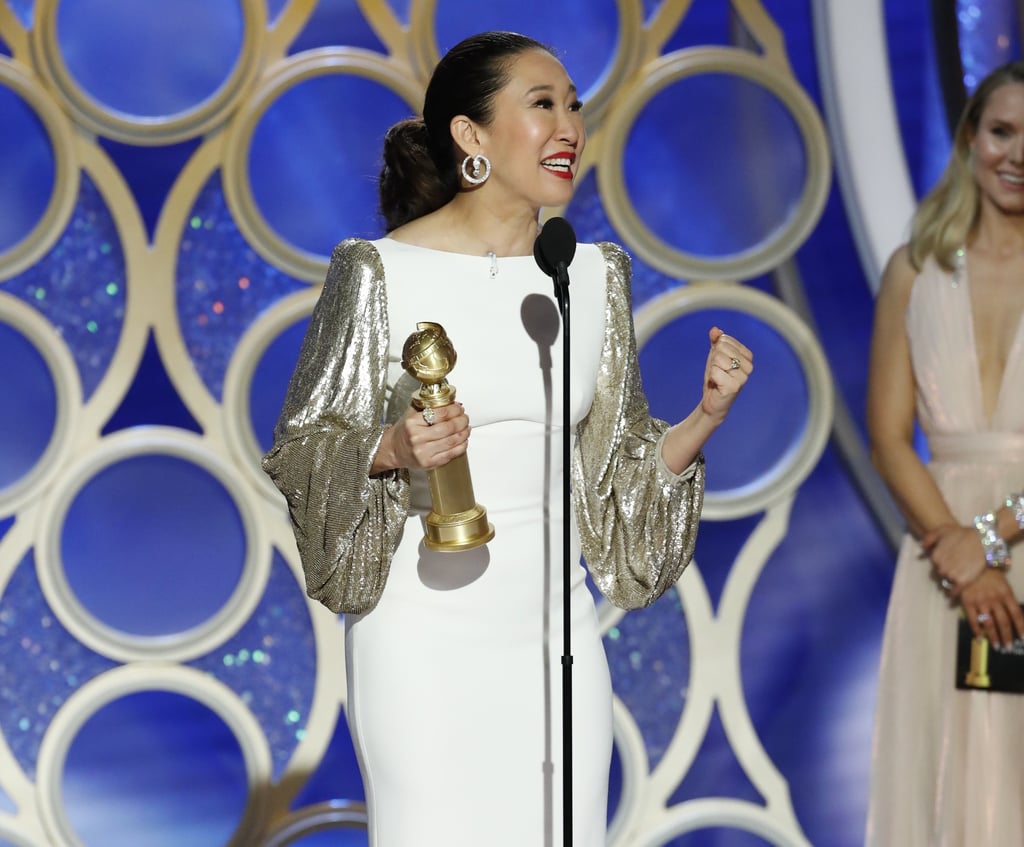 We Are ALL Sandra Oh's Parents, Cheering Her on After That Historic Golden Globes Win

Sandra Oh is bringing home another Golden Globe, y'all! The 2019 show's host received the award for best actress in a TV drama on Sunday for her role as Eve Polastri on BBC's Killing Eve, and fans could not contain their excitement.

As Oh emerged from backstage to accept her award, she was greeted by rousing applause, and a sweet standing ovation from her dad in the audience. Oh gave an energetic shout-out to her Killing Costars in her acceptance speech and began tearing up as she spoke to her parents, Joon-Soo and Young-Nam Oh, in Korean.

Twitter users quickly caught on to the adorable moment and congratulated Oh on her important win. She makes history with this award, as the first Asian performer to have received multiple Golden Globes. Ahead, see reactions to Sandra's win, including a few exciting responses from her Grey's Anatomy family.