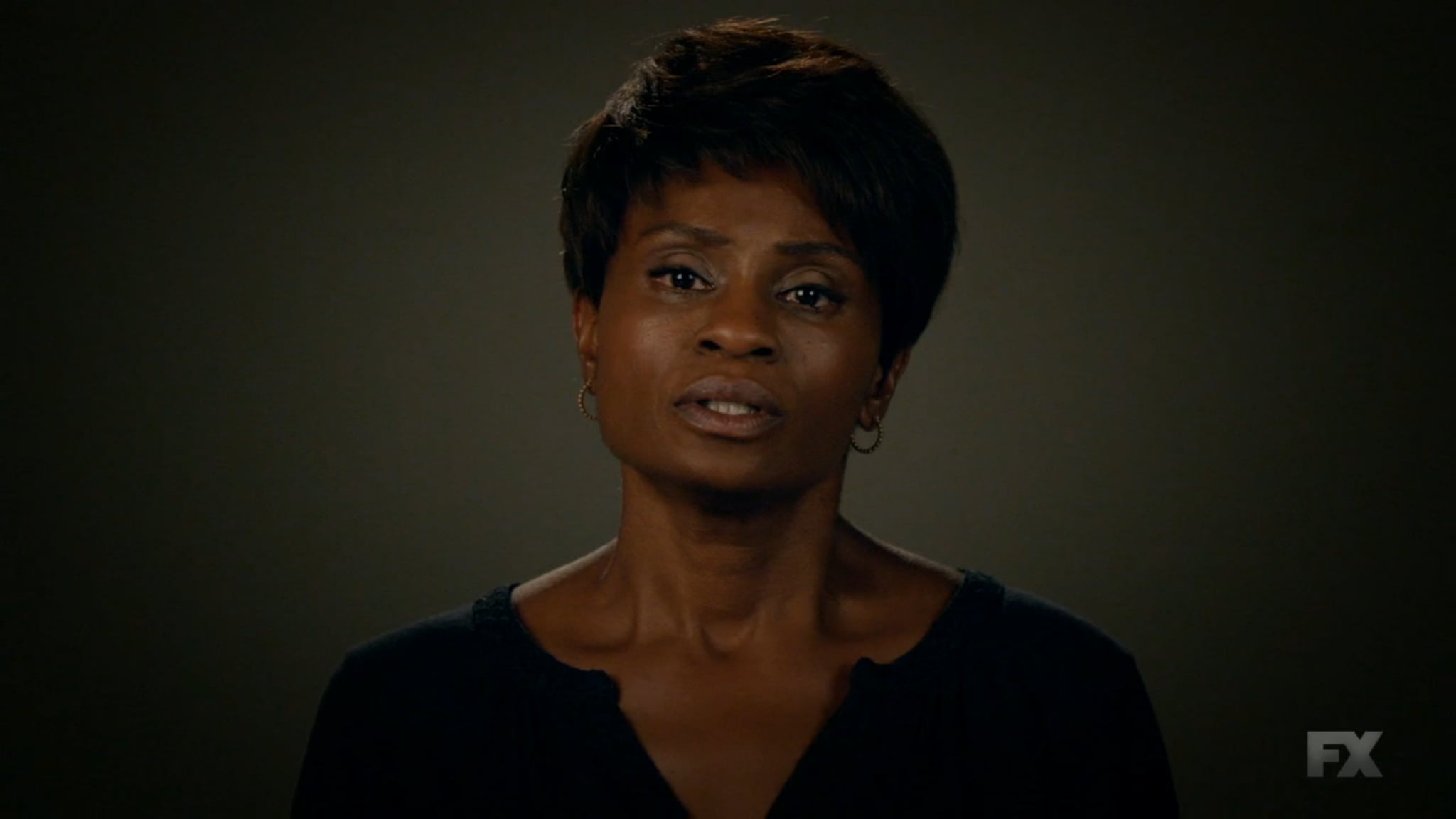 Something strange happened on American Horror Story this week: the "show within a show," My Roanoke Nightmare, finally broke the fourth wall, and we got a glimpse of all the behind-the-scenes action. During this part, an on-camera voice can suddenly be heard asking Lee some leading questions. This isn't just any old voice, though. It's the voice of Cheyenne Jackson! There's something sinister about his character, too. He's uncovered personal details about Lee, Matt, and Shelby, completely unbeknownst to them. Plus, the fact that a pretty big star has been cast as this role likely means we'll be getting much more of the world outside My Roanoke Nightmare.