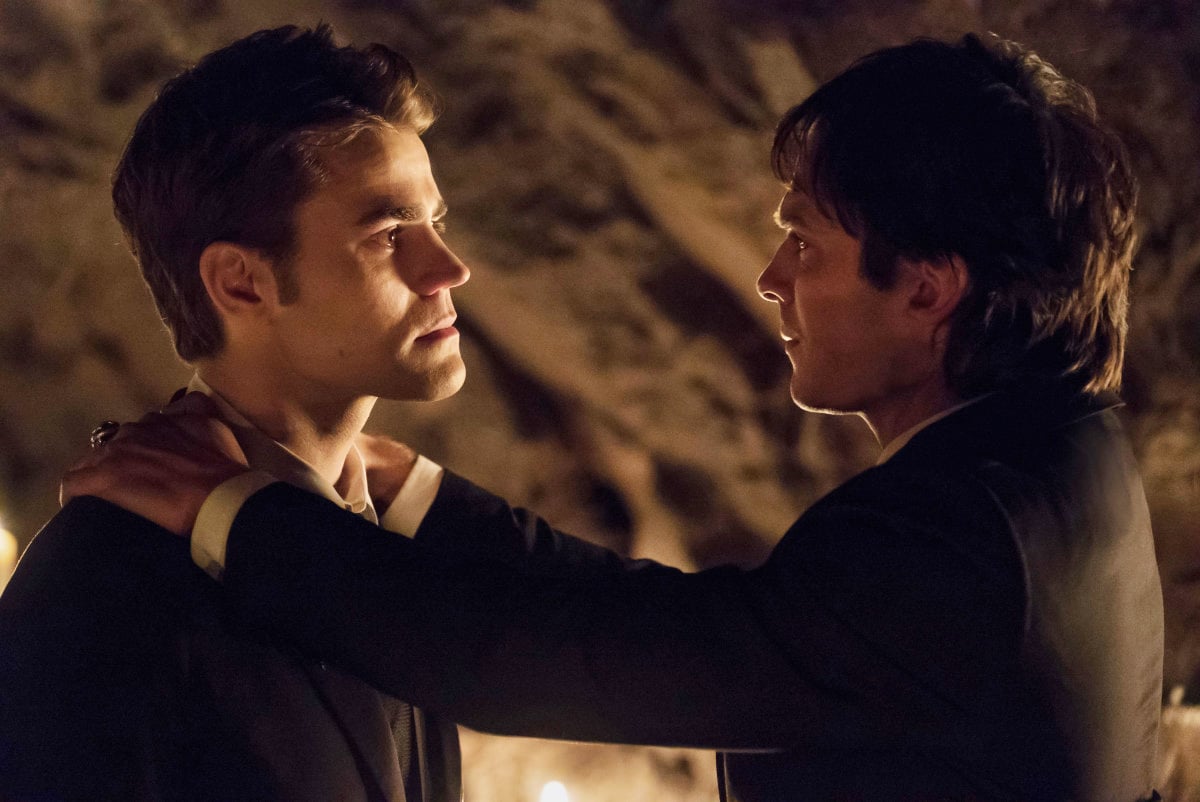 Warning: major spoilers about The Vampire Diaries series finale ahead.

The moment has finally come. After weeks of speculating who the big character death would be on The Vampire Diaries finale, we finally have our answer: Stefan. Even though we totally called it, it doesn't make it any less heartbreaking. Before Mystic Falls burns down in hellfire (thanks a lot, Katherine), Damon finally does the unselfish thing for once and compels Stefan to leave town. However, his plan completely backfires when human Stefan, who has been on vervain this whole time, turns right back around to be the hero we all know and love. So, in the final few moments, he injects Damon with the cure and walks into the hellfire with Katherine to die.

Even though that death scene was totally emotional, it's his goodbye to Elena that really stabbed us in the heart. While passing through the in-between stage of life and death, the two have a bittersweet reunion in the hallways of Mystic Falls High School, aka the exact place they first met. He explains everything to Elena, letting her know that Damon has really changed for the better. "He's a better man," he tells her with tears in his eyes. "He's the right man. It was good to see you Elena, one last time."

As he exits the school building and walks into the light, he reunites with his best friend, Lexi, further confirming that he's found peace. After she jokes about his speech, he quotes her infamous line from season one — and the title of the finale — "I was feeling epic." It's OK. Really, we're fine. RIP, Stefan Salvatore. You will truly be missed.

TV
Why Eboni K. Williams Joining The Real Housewives of New York Is a Huge Deal For Bravo
by Maya Richard-Craven 10 hours ago