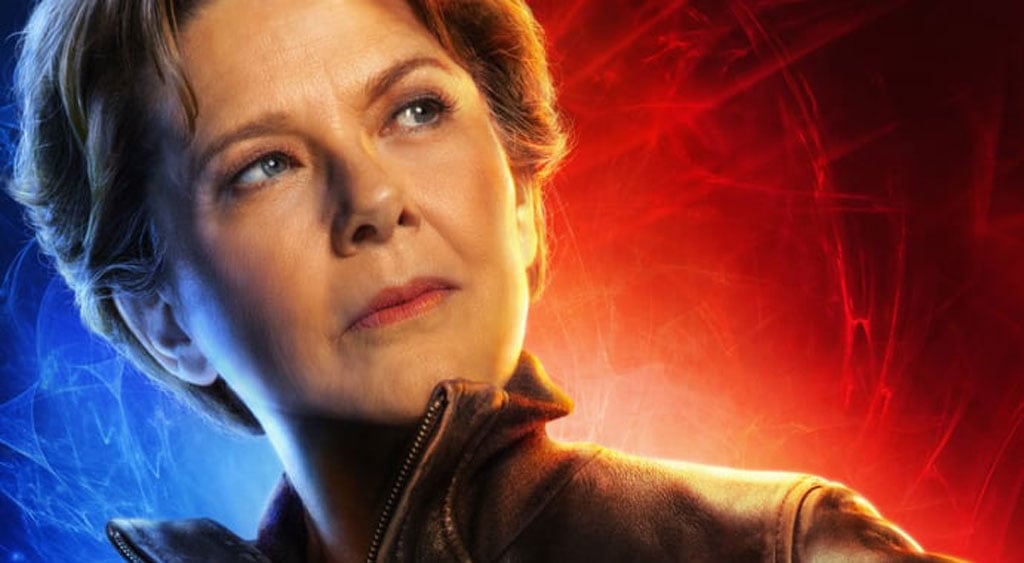 After months of speculation, we finally have a better idea of what Annette Bening's character in Captain Marvel, Supreme Intelligence, is all about.

Now that the March 8 premiere of the '90s-set superhero film is nearly here and rumors about her character are at an all-time high, Bening finally opened up about her role opposite Brie Larson's Carol Danvers (aka the titular Captain Marvel) while chatting with Stephen Colbert on Thursday night, as well as showing off a clip of Supreme Intelligence in action. According to the 20th Century Women actress, the character is "a god-like entity" who was originally a supercomputer in the comics but now has a human counterpart.

"[She's] the leader of the Kree people, the artificial intelligence which consists of the greatest intellects of the Kree people for the last million years," she explained, before introducing the clip featuring her debriefing Captain Marvel about fighting the Skrulls. "She's about to go into battle, and I am preparing her."

The Kree are an alien race, of which Supreme Intelligence and Captain Marvel are both members, as well as Ronan the Accuser (Lee Pace) and Korath (Djimon Hounsou). The Skrulls are their enemies who have the ability to shapeshift in order to infiltrate planets by looking exactly like their inhabitants, then taking over without anyone realizing. In the film, the Skrulls are led by villain Talos (Ben Mendelsohn), who appears in both his human form and in some intense pale green prosthetics.

Still perplexed? Don't worry — according to Bening, "When the movie comes out, it'll be clear why it was somewhat confusing."