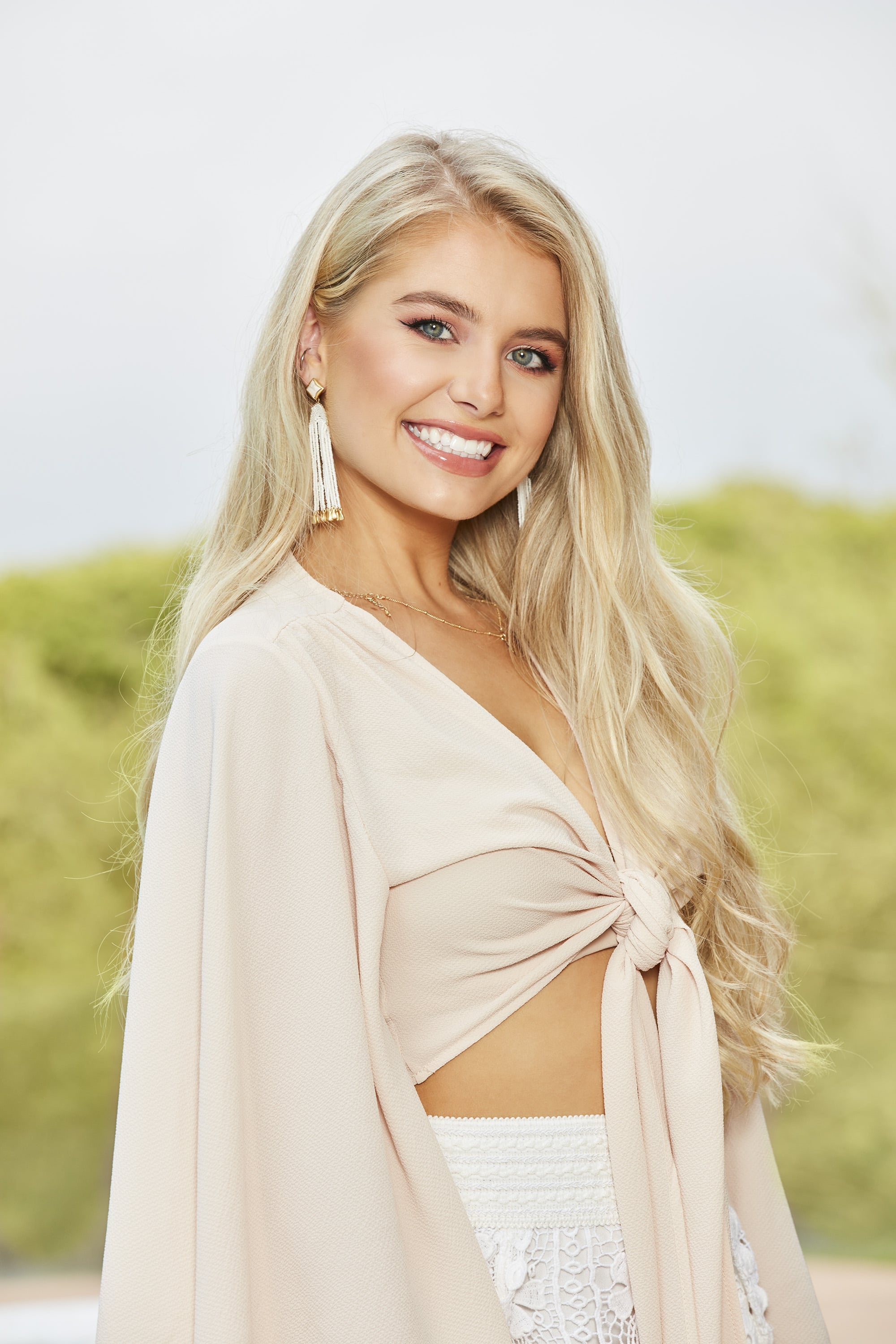 After getting to know more contestants than we can count on The Bachelor and The Bachelorette this year, we're treated to seeing select singles come together on Bachelor in Paradise season six on Monday and Tuesday nights. Among them is Demi Burnett from season 23 of The Bachelor, who revealed this week on the show that she's been dating a woman back home.

In the show's preview from The Bachelorette's "Men Tell All" special a few weeks ago, we see Demi being her typical bubbly self while hanging out with her friend Katie Morton and getting to know the other contestants. Then we see Demi, in what looks like the fantasy suite, straddling and kissing a mystery woman.

"I don't care who sees this," she tells the camera. "I know that I love this girl. I'm so happy that I found her, and I can definitely picture being with her for the rest of my life."

Then in week two of Bachelor in Paradise, Demi tells Derek, who she's currently coupled up with, that she's interested in both boys and girls and had been dating a woman back home before coming on the show. And it looks like we might just meet this woman on week three of Bachelor in Paradise if the preview is anything to go by.

Good for you, Demi! We always love a happy ending in paradise, although we're sure it's not going to be smooth sailing the whole way.

We don't see who Demi's mystery woman is, but Demi is shown in a preview crying to her at one point, saying, "I, like, just don't want to lose you."

We're keeping our fingers crossed that this season is filled with drama, shocking twists, and love stories that can be added to this list of Bachelor in Paradise couples who are still together. Something tells us this season will hit every single mark.

Image Source: ABC
Bachelor In ParadiseTVReality TV
Around The Web